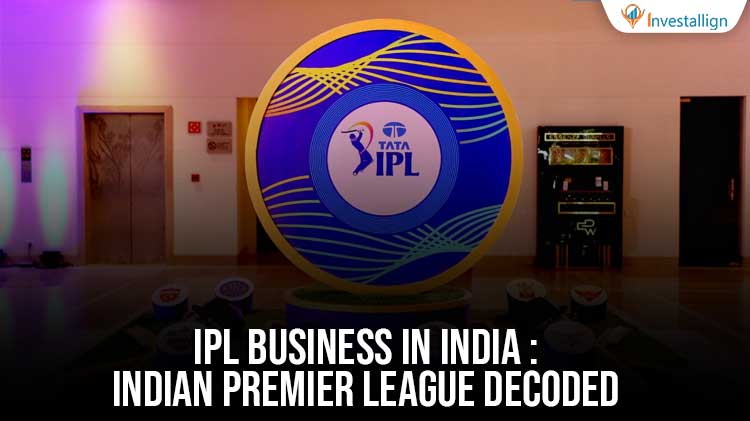 IPL or Indian Premier League originated its roots in India in 2008. The league was brought in to take out raw talent from the Indian domain and expose it to the international standards. India has always been centric to three things. These elements are the most influential topics in India. Politics, Bollywood and Cricket. Indian Premier League involves the most famous personalities of India competing for the trophy. However it’s not the trophy that they want at the end of the day. It’s the brand name and the brand value that the people involved in IPL care about the most. Will decode this statement throughout this article.

The IPL currently consists of ten teams. The last two have been included this year itself. They Are named as Gujarat Titans and Lucknow SuperGiants. All the teams have to select a city which will play the role of their home ground as well. This eventually has a tender offer for the team bidding process. The tender offer invites bids from everyone who is interested in joining the league. This time around the final bids for the team of Gujarat Titans was won by CVC Capital with 5625 Crore Rs. Alongside this the bid for Lucknow SuperGiants was won by RPSG Group of Sanjeev Goenka. He won this for a bid of 7090 Crore Rs.

With this the format has changed for initial team formation hence we directly move to the auction part. This includes bidding for players so that every team can make their dream squad to play for the entire season. Post this teams play 2 matches with every competitor. From the 2 matches one is played on home ground and other is played away.

The entire IPL Business rotates around a few terms :- Sponsorship, Broadcasting Rights, Player Acquisition, Brand Value, Squad Compensation, Salaries, Prize Money and the Governing Council. First of all let’s start the IPL business venture with the individual team revenue model. Cricket being a very famous sport in India, the first thing that comes to mind is brand endorsements. Yes the famous cricketers are contracted to run advertisement campaigns for the companies so that the teams and the players get a cut form the revenue.

Also the teams prefer sponsorship in the form of logo printed on jersey and kit. This allows the team to get on hand money and the amount keeps flowing post every match played. The teams also get the money earned from stadium ticket selling. Actually it is one of the major earnings for the BCCI and teams together. Thus with a cut for everyone the revenue for the ticket bookings is shared. The broadcasting rights are assigned beforehand to creation companies so that the business keeps on rolling. As a matter of fact the broadcasting rights are pretty expensive.

For keeping all this business moving and alive all the teams need to do is pay the piper. In other words the salaries are rolled out for the players and the entire team gets the compensation for the work done.

Every year a team wins the title, the more chances are accumulated in its corner for winning the tournament again. This pushes the sponsorship prices even higher than before. Thus one gets an entire set of new contracts with a rise in valuation every time the team makes it to the top. This in turn is also known as brand value. The brand valuation plays a very important role in the longer term period. The reason is the SEO Algorithm. The more fan base the team has, the more brand value it creates and hence more people will follow the trends shown by the team. This will push the sale of the companies sponsoring the teams.

Currently Chennai Super Kings is the most valued team in the entire IPL. The reputation of players also plays a very major role in the building of brand valuation. For instance one can consider that the value of CSK has increased four fold due to M.S. Dhoni’s presence on the side. Similarly RCB has got its charm since the evolution of Virat Kohli into the best batsmen in the entire world.

If we look then BCCI is the real winner out of this competition. Every year the BCCI earns tons of money from the IPL. The plans of BCCI lie in multiple revenue almost 17 times in the coming 5 years. The year the league initiated the base price for a team was 3000 Crore Rs. However currently the last team sold was Lucknow SuperGiants which was sold for 7090 Crore Rs. Hence the IPL is turning the heat up for the young guns to showcase their talents. Alongside making good the BCCI and the teams also earn significantly from the entire IPL structure so it’s a win-win situation for all the parties involved.