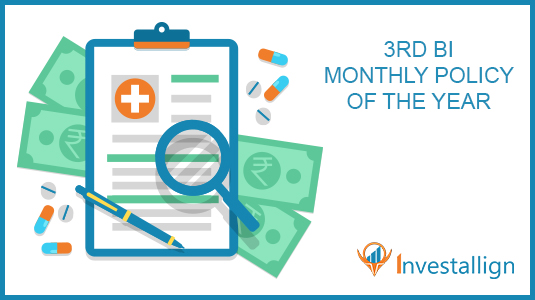 This is a six-segment committee that evaluates the situation of macroeconomic conditions. On the final day of the meeting, the Monetary Policy Committee decided upon multiple factors for the market and puzzles out for the public.

The biggest highlight that has caught the attention of people is the decision of not changing the repo rates and vice versa and putting them on hold until the country battles the crises inflation.

The repo rates remain unchanged at 4%, reverse repo rate stable at 3.35%, and kept an accommodative position- The MPC voted unanimously in favor of the status quo.

How does this affect you?

MPC sustaining the repo rates at 4% indicates that the valuation at which banks borrow funds from the central bank continues as is. Usually, when RBI reduces the repo rate, monetary banks are reckoned to lower interest rates they offer on loans given to you.

MPC’s vision on Growth and Inflation:

Since the last strike of the MPC meeting held in June for the 2nd bi-monthly policy, growth prospect has worsened and inflationary constraints have arisen. The finance minister used the word ‘fragile’ for the prospects of India’s economic compensation due to the rise of Covid-19 cases in India and frequent lockdowns. Rating agency Icra had estimated India’s GDP to contract by 9.5% from its earlier forecast of 5% contraction. The consumer price inflation (CPI) which jumped from 5.8% in March 2020 to 7.2% in April 2020, softened to 6.1% in June 2020 as lockdown lifted. While inflation is expected to spike in July due to the localized lockdowns and fresh supply disruptions, it is expected to ease in the second half. Economists are expecting inflation to fall to 4.5% in the second half of the fiscal year.

Even though RBI has understood the requirement for continued support to MSMEs’ significant restructuring. It has also conceded retail consumers’ changing of peculiar loans to help stressed people during the pandemic. This facility is accessible until the end of 2020. Only those loans which were classified as standard and not default is acceptable for these loans.

The market is also expecting RBI to announce a restructuring package with a special focus on certain sectors affected by the pandemic. Banks have entreated the RBI to provide a one-time recast of stressed assets in the scenario of COVID-19 and the devastation it has caused to all kinds of businesses.

An additional special liquidity facility of Rs.10,000 crore, equally to be split between the National Bank for Agriculture and Rural Development (NABARD) and the National Housing Bank (NHB) to help small financiers and home loan companies amid Covid-19 difficulties. It can be noted that a higher share of moratoriums is being availed by the retail borrowers which have created the need for such liquidity support to lenders. The liquidity facility to both NABARD and NHB will be offered at the policy repo rate.

In the current economical situation, incomes increase up and down more while people have the money to buy the existing bunch of goods. As more funds pursue the existing set of goods, rates of them gradually rise. In different words, inflation (that’s nothing but the rate of prices increase.

To accommodate inflation, any country’s primary bank typically develops the interest rates for the betterment of the economy. By doing so, it gives people the opportunity to splurge less and save more because saving becomes more profitable as interest rates go up. However, when growth contracts, people’s incomes hit. As a result, less and less money is chasing the same quantity of goods. This results in either the inflation rate decelerating or it actually contracts (also called deflation).

In such situations, a central bank decreases interest rates so as to incentivize spending and by that route boost economic activity in the economy. In the current Monetary Policy, RBI has not boosted the interest charges even when retail inflation is high because RBI is facing an odd situation at present: GDP is incurring even as inflation is building. This is transpiring because the pandemic has diminished trade on one hand, and obstructed accumulation on the other. As a consequence, declining growth and rising inflation is happening constantly.

To sum up, RBI has implemented monetary assurance to the market since the pandemic has seized the world and will continue to do so in the forthcoming future. The several recreations to stressed bankers, terms of loan cessations, and a few propositions like these have been made to guarantee you have adequate money at hand on occasions of urgency. Even though the economic situation remains accentuated, the businesses have seen abundant liquidity and retail assistance expecting investors yet possess reliance.