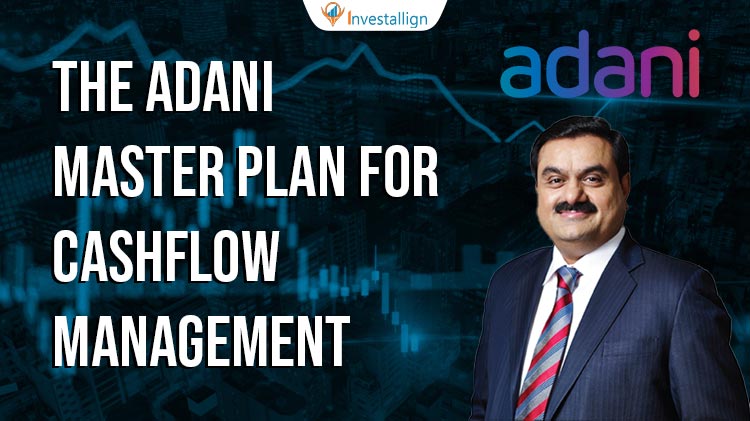 ADANI Group has given investors the best returns in the past 5 years. Adani Enterprises has shot up by 2897%, Adani Green has Shot up by 7490%, Adani Power has shot up by 1167%, Adani Transmission is up by 2069%, Adani Ports has gathered 118% returns in the last 5 years. Also Adani Wilmar since its IPO launch has given 235% return on investment. Well if we look closely then Adani group has been on a mission to acquire major companies for the last 2 years. So the interesting point is the Adani Group has been sitting on huge amounts of debts and does not have major cash cow companies.

In the case of Tata they have TCS and Reliance has its petrochemical business but for Adani no such company has been there till date. So how is it gathering so much funding for taking up new companies? The recent takeover of Holcim Group’s assets was around 81000 Crore Rs for Ambuja and ACC Cement. Hence the point to wonder is how Adani is generating so much money for buying such huge companies.

For understanding the complex debt structure of Adani group let’s break the entire pattern in a simplified manner. Let’s assume there is a company named Investallign which has a market capitalization of 10000 Crore Rs and a revenue of 2500 Crore Rs. Also let’s assume the profits for the same at 500 Crore Rs. Lets take into consideration that Investallign has 3 companies under it named Power, Infra and Green. Also the companies that Investallign have under it are not listed but have a huge upside potential.

Business Opportunity and the Example

Also there is a business for port but it would require 7500 Crore of investment for the same. The easy way is to take a loan. But no bank would lend against a profit of 500 Crore Rs. So investallign could either pledge its shares or list its companies. Pledging the shares can give less money given the promoter holding is 8000 Crore Rs in the company. If 10% is pledged then it would give 800 Crore for the project but the requirement is for 7500 Crore Rs. So Investallign thinks smart and designs a framework where it would list all its subsidiary companies in the stock market and given its brand name it would get a good return on its IPO.

So for the port business 2000 Crore Rs is raised from Bank loan, 5000 Crore Rs is a loan from Green by pledging the shares and the rest 500 Crore Rs would come in form of bonds issued in the open market. So the first strategy is pledging the company’s stake that’s worth very high and funding the other group companies from the money raised.

The next strategy is when one group company invests money in another group company by taking up stake in the same. Also when the time comes the company which bought the stake would sell the same and get extra cash for itself from profits and meanwhile help the other company to grow and expand further.

Let’s understand it through an example. Let’s assume Infra has some extra cash and Green is looking for expansion. So the extra cash Infra has is worth 1000 Crore Rs. Hence it will buy 1000 Crore Rs stake in Green to support its cash requirements. So when Green would improve its valuation, normal people would get involved in share trading of the same. This will make investors buy this stock and the stock would gain 1000% in valuation in 2 year. So the value of Infra’s investment in Green is now 2000 Crore Rs. So for any new projects coming down the line for Infra it would sell its stake in Green steadily and generate cash for itself.

This is how Adani Group also did the Cash Flow management and circulated huge amounts of money through pledging shares and inter company loans. All of this was possible only through the brand value of the name Adani.

One thought on “The Adani Master Plan for Cashflow Management”