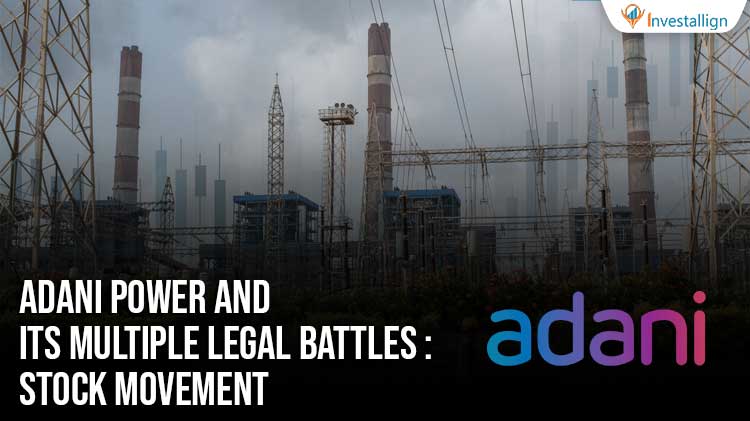 Adani Power is the power generation wing in the Adani Group’s portfolio. The company has been in the news nowadays due to two reasons :- Its legal case win against Rajasthan g9vernment and Tata Power Case for MERC Contract. Alongside the news the stock has been moving in a volatile manner. This is the reason it has been in focus. Also Adani Power is the only share in Adani Group’s portfolio with a valuation below 300 Rs. This gives the share another advantage of having an opportunity for higher upside.

If we look at the Adani Companies more than the fundamentals they have been the victim of demand and supply equilibrium. Due to the frequent rice fluctuations, the volumes in the company kept on increasing. There were also allegations of some Mauritius based companies involved a few times back. However the case was dismissed before it even got started. The case however did give a big blow to the overall company valuation of Adani Group. Currently Adani Group has two companies with unlimited upside margin : Adani Wilmar and Adani Power. Adani Transmission also handles operations for Adani Power. However the share valuation for transmitting energy under Adani Group is more than the one producing the same. Hence for demand and supply basis the Adani Power has a very high upside possible.

The case is dated back to the year 2013. The agreement for the same is further aligned to the year 2008. In the year 2008 the Adani Power and Rajasthan Government came into a contract for supply of energy to Rajasthan state through the KAWAI Thermal Plant Project. This work continued for years and over time the price of coal increased. This gave Adani Power a hit on the pricing decided in the due course of contract. However legally the company was entitled for a hike in prices. But the discoms associated with the contract demanded that the matter is of public interest and that it should be solved by the legal authorities.

Since then the case has been trailing in India. IN January the discoms were ordered to pay by tribunal. However Supreme intervened and stopped the order. Finally on 25th Nov, 2022 Supreme ordered the 4 discoms associated in the case to give out 3000 Crore Rs to Adani Power for the increased hike in price. The Court also claimed a 9% interest to be given to Adani Power alongside the amount.

However the entire amount of the case is around 6738 Crore Rs. Adani Power pushed the throttle as it was facing problems paying the dues and bills piling up. This amount would help it create certain liquidity.

The case between both the companies is regarding the 1000 MV high voltage direct connection link establishment between Kudus and Aarey. The project has been given out by MERC or Maharashtra Electric Board. Adani Power has set up a company named Adani Electric Mumbai Infra Limited. The company got the award for this project. The project is estimated for 7000 Crore Rs.

To this MERC gave away the project to Adani Power on the basis of the company’s early move to acquire land for similar purposes. However as per the law bidding has to be conducted for the contract offering. To this Tata Power also wanted to pursue the project. Hence they have filed an application in APTEL or Appellate tribunal for this scenario. SO Adani Power has been caught in the crosshairs of Tata Group this time.

Alongside this lies a special decision of offering companies contracts without bidding getting conducted. This also happened in the Leh to Punjab Project for 18500 Crore Rs. Thus the procedure is lacking transparency and power companies are asking for a clear procedure so that everyone can get an equal chance of presenting their tender.

Adani Power has been one of the most circuit changing stocks in Adani Group. Previously when shares hit 160 Rs (it’s all time high) the share’s upper circuit was fixed at 20%. However due to the exposure of Mauritius Shell company case the circuit was brought down to 5%. The share prices of Adani Power also got dragged down to 100 Rs again.

However the company won the Rajasthan State Battle the next day of the Market’s tragic fall. This gave the company a ride for 11% upside in the valuations. Hence currently the share is traded at 124 Rs.