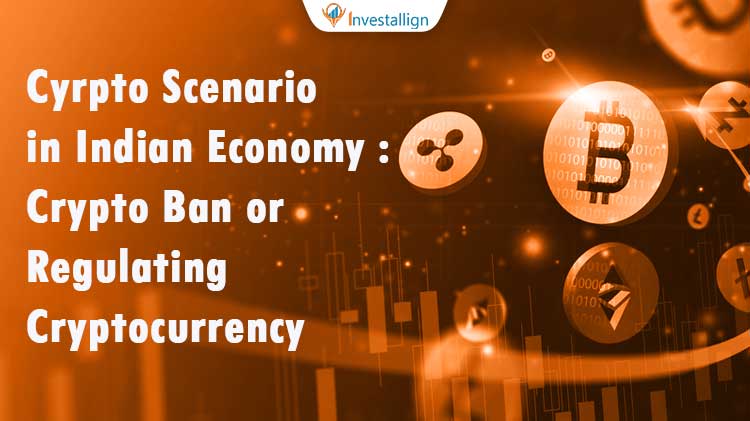 Along With this the major cryptos such as Bitcoin, Ethereum etc. have also displayed a huge volatility on daily basis. This drove more and more people to invest in cryptocurrency and hence the bubble has been created into this domain. The main problem lies in the Thai system due to no regulation from any government. Without any regulatory body crores and crores of Rs. and international money has been invested into this mode of payment or trading. People have been lured mainly due to the thousands of times returns shown by these currencies.

Why Regulation is Needed ?

Whatever the reason maybe there is a strong urge of regulation in this domain. The major reason is the investors’ money at stake. The government also thinks the same and that is the reason why it wants to bring in regulation in this unregulated market. The government has proposed a way out for a win-win situation for both investors and companies. The major reason behind this is the fraud opportunity for fraudsters in this domain. The cryptocurrency market needs a lot of understanding on part of investors.

People without apt financial knowledge have been investing heavily in cryptocurrency and hence the risk for them has increased. This has led the government to think and stop this from happening often. As per a report it is stated that only 30% people in India have invested more than 3000 Rs in this cryptocurrency market. Hence the loss is small right now if any action is taken per individual. Also red flags were hosted by the government many times about their decision on cryptocurrency. Hence the government is fully prepared to regulate this market.

The Government of India is ready to bring in a major cryptocurrency bill in its winter session of parliament. In it there has been a clause for creation of domestic cryptocurrency. The bill is also to be known as Crypto Bill. The bill consists of information about creation of a government framework. This would be by the name of the Central Bank Digital Currency or CBDC. This has been done due to the openness for fraud in the field of cryptocurrency.

The current times display a high number of crypto tokens which are merely created for fun. The coins such as SHIBA INU, MEME COIN, DOGECOIN etc. are examples of the same. On the other hand people have been influencing the prices of such cryptocurrency by using more tweets. There was a phase when people such as ELON MUSK tweeted a small thing about any cryptocurrency indirectly and it led to high volatility in the prices of such cryptos. Hence with such a highly volatile market for cryptos and unregulated framework some basic ground rules are needed for a fair and ethical mode of transaction. This is the major reason why the Crypto bill is initiated.

The government is planning to ban cryptos without any proper purpose or base. The original purpose behind the creation of cryptocurrency needs to be cherished again. Thus the government intervention is to regulate it and make a fair environment for everyone to invest as per their abilities and financial literacy. Nowadays the cryptocurrencies are majorly driven by those who own them. The people who own or create the cryptocurrency create a large volatility leading to investors catching such cryptos. Once the profit is made by such creators they exit from the same and the valuation tanks don for the cryptocurrencies. Thus the Crypto Bill is initiated to stop all such things from happening.

Will This Move Crash the Cryptocurrency Market ?

Well this move would definitely cause a large amount of destruction in capital for the cryptos that are merely created for fun. Such cryptocurrencies will get abolished. On the other hand this would be just for a short time. Once the framework is set up and cryptos are given legitimacy everything will shift back to normal.

The legitimacy will also ensure investors of safety for their money. This will only lead to better returns and generation of additional capital for the cryptos in the long run. Blockchain technology is the future of transactions and this fact has been accepted by many MNCs. Thus the government is only trying to make it safe and hence the regulation concept is brought into the Indian Cryptocurrency Domain.