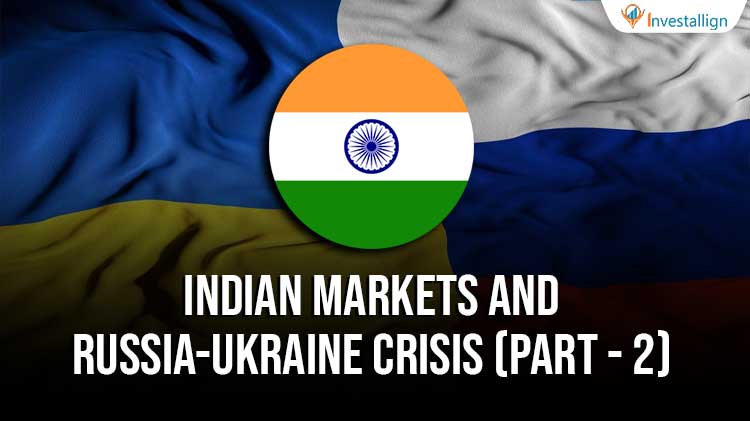 Russia and Ukraine are both acting in a very unrealistic manner in the current times of the 21st Century. The countries are constantly fighting over some political matters and the local citizens are getting a blow out of it. This is not only affecting the citizens but also to the students and people of different nationalities. The countries all over the world are worried about their citizens trapped in the Ukraine Region.

Russia surprised the world by converting its military operations into an all out war. No one expected this to happen. The Russian troops are now targeting the civilian areas of Kyiv to gain control over that region. Kyiv is the capital of Ukraine. All Russia wanted to do was to mark its dominance against NATO and other world organisations. However this is not a competition for Ukraine anymore as the USA stands to be the one driving the force through the war. The USA supplies military weapons of 350 Million Dollars to Ukraine and Australia, Germany and other NATO members also do the same.

Is it really useful ? The Ukraine military is three times smaller in comparison to the Russian Force. If at all the countries want to win this war they need to send in troops and not only weapons. This is a case of selling weapons in stock and making the investor lighter so that new ones can be created and sold for future protection. In current times everyone thinks that Russia is the villain but it is just doing what needs to be done for protecting its security and people. However the war situation was something that was not needed but in current times Ukraine needs to sit tight and get back its views from NATO so that it can at least save its province from exposure towards Russian rule.

The Indian Markets reacted in a very uneasy manner to the Russian invasion of Ukraine. It was expected from the markets to go immensely down given the War situation. It achieved the first milestone towards it by breaking all the support levels from 16800 to 16000. In future openings, the market index even showed 15000 levels for trade settlement prices for some time.

However the actual Nifty50 never crossed below the 16000 mark. But the loss of mere 2700 Sensex points in a day is more than any loss since a long time. The Indian markets saw a record breaking loss on expiry day. The markets were reacting to the war and no position conversion scenario. Yes, there was merely no conversion noticed from the investors as they feared that the war situation might get intense. It was the correct decision to make so far.

Whenever the market is suffering from such huge losses the smart move is to sit back, take the digestible losses and wait for the U-Turn. Yes, the markets have suffered from a huge loss and it definitely would suit the investors as well the traders to stop averaging their losses and start being patient. The volatility has increased to record high levels. The trades can never be sure in such a situation as the statistics and levels no longer support the assumptions until and unless the market crosses all its previous support levels again and gains a stable price.

Indian Markets fell for 2700 Sensex points on the last day of Feb Futures. This created a panic among the investors and traders and people did not convert their positions at all. However on the exact next day the markets recovered more than 1300 points in the daily session. This means a 50% recovery on the next day itself. This is just like a crazy rollercoaster ride where no rules of the market apply. Such a sudden recovery points out that retail investors have rushed to convert their future positions for the next month. Even the FII rushed to the position conversion cycle.

The evidence of FII supporting the Indian Economy is noticed in the SGX Nifty movement and closing. The NIFTY50 was weak at the end of the day which triggered people to square off their positions and wait until the next trading session. However, after the Indian markets ended their trading session, SGX Nifty started its momentum. It reacted to the DOW JONES and NASDAQ and gained the milestone of closing at 16976 levels. This means the Nifty has crossed its main hurdle for the 16800 to 16850 levels.

However unrealistic the movement sounds, it is true. During such a war situation where the entire world is under panic mode the Indian markets have gained almost all their losses and just trail y more 100 points gain if the SGX indication stands still. Hence all that is left is to wait for the Monday Markets. If the momentum of SGX continues the nifty50 can cross the 17200 levels soon. However the War situation staying at its place can create havoc at any point of time in the markets.