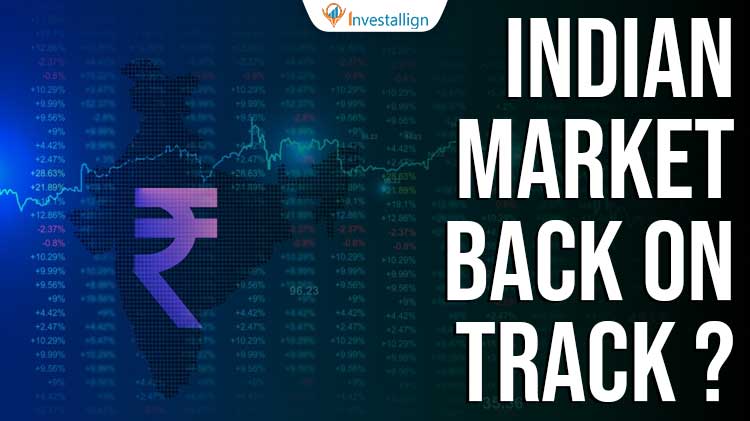 The Indian Equity Markets seem to be back on track after a long break due to the Russia and Ukraine Crisis. However one needs to reevaluate the entire situation before investing again in the markets. Currently Indian Markets have crossed their primary levels of resistance but yet the target to be achieved is far away. The Nifty 50 was trailing at 17500 levels in 30th March’s session. The markets have been somewhat supportive overall in the last 2 weeks. There has been a launch of FPO and IPOs and the FII have also started investing into the Indian markets. The Gold prices that soared above 55500 Rs are now down to 50800 Rs. This could be considered as average prices currently for gold whatsoever.

Crude Oil is currently trailing at prices of 108 Dollars per barrel. These prices were close to 133 Dollars per cartrel during the war situation, The price rise was almost equivalent or even higher than the 2008 prices. In 2008 the market crashed completely due to the Subprime crisis. This gave rise to prices of safer commodities. Thus Gold and Crude Oil both witnessed a heavy rise in prices.

If we analyse the ongoing situation it seems quite okay to start investing into the Indian market. The simple reason behind this fact is the market’s crossing 17350 Rs levels. The Nifty50 has been constantly sustaining the 17300 level for the previous 2 days. However one has been cautioned because of the constant volatility in the indices. The Nifty50 has been constantly rising and decreasing in valuation between the range of 17000 to 17500 Rs currently. The reason for previous falls was not the Russian war but a major sell off in the banking sector.

Bank Nifty was bleeding evaluation but Nifty50 did not suffer much due to the same. The simple reason was Reliance Industries. Reliance has been constantly maintaining its positive journey in current markets. The stock has reached at the level of 2672 Rs now. Even today it has been among the shares that gained maximum volume in Nifty50. Thus Reliance has been maintaining the positive run for the Indian equity markets in current times.

FII is showing positive signs towards Indian markets currently. Even when the world market is getting hit by the war situation, the Indian markets are slowly building up their valuation to break the all time high prices again. Even the real investors are trying to get back their hold on the investments that they squared off during market panic. This is suggested through the increase in volume in the Indian markets continuously. However one has to be cautioned of such green flags due to one reason :- “Month Ending”.

The current financial year and month both are ending on 31st March, 2022. This day is also a Thursday which means people would be required to convert their position of futures on that day. Thus an uncertainty is bound to happen on 31st March, 2022. People have to be extremely cautious and strictly abide by their trades by the support levels. Even though Nifty50 is showing positive signs for growth the market participants need to safeguard their investments for tomorrow. If the market survives the 31st March month end wave then one can be pretty sure that the next move is definitely going to be in an upward direction.

The month ending always serves an important place for the position holders. The people who convert their position by paying a margin upfront for future lots are always in the crisis of making the right decision. This time one can be sure of an upward move but on the other hand too much risk cannot be taken in the current scenario.

The major shares making their biggest moves in the current movie are Reliance Industries, Dr. Reddy,. Shree Cement, TCS, Bajaj Brothers, Adani Group and more. These shares have proved that with patience comes profit. People who held these shears for 2 month long even in times of depletion evaluation are currently enjoying the ripped profits. The share value for all such shares was down almost 10 to 15% from current levels. However with slow growth the recovery was made possible.

The biggest win for India came when it proved to the world that it has the ability to work on its own without getting influenced by major territories. Thus the FII are now trusting the Indian markets over others. Also currently Chinese markets are a bit slow given the COVID spread in multiple provinces. The U.S. markets are not in a trustable situation given the Russia-Ukraine Crisis. Hence the market that can be trusted now is Indian markets. Also the Indian markets are considered to be one of the fastest growing in the current times. Hence investing in India can give multifold returns but the patient needs to be enhanced for achieving such tasks.