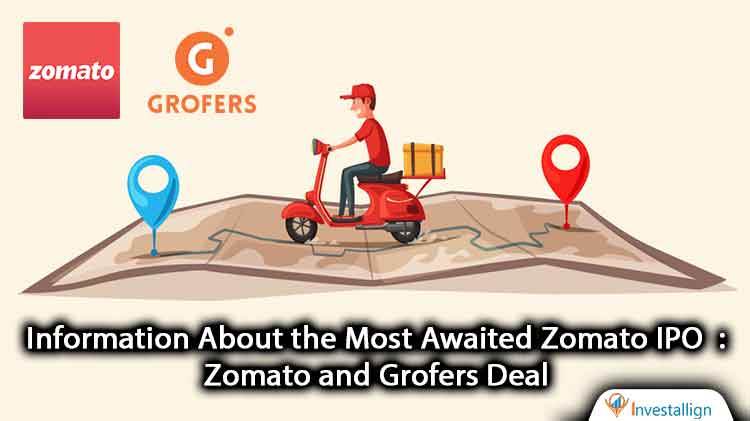 Zomato is a world renowned name today. It initiated its operations in 2008 through the name FOODIEBAY. The company came to be known as Zomato in later stages. In the first round of funding the company raised more than 16 million dollars from Info edge in exchange for a 57% stake in the company. Later on the investment was diversified with Sequoia Capital and Vy Capital’s participation. In later phases Ant investment and Ant Financial also initiated the funding with other venture capitalists. Today the valuation of Zomato is close to 5.5 Billion dollars.

Zomato is one of the most renowned startups in India. It was one of the pioneers to enter the unicorn company list in India. The company functions in the food business with reviews, food delivery and dine in information easily available to all the customers. It has its operations in nearly 10000 cities and 22 plus countries. This is the reach of Zomato in the current situation. The reach also signifies the high potential company has as an early bird in the line of business. It is also the leader in many areas in its business.

Zomato is planning to launch its IPO in the later part of this year. As of now the amount finalised for the IPO is 8250 Crore Rs. The issue size is pretty huge but given its reputation in the startup segment it has attracted a large number of institutional investors. Zomato has so far acquired many food companies and tech companies across the globe. The major acquisition in Indian Market is of UberEats India.

The issue comprises fresh issues for 7500 Crore Rs. and 750 Crore Rs. of Offer for sale by INFO EDGE. Info Edge is its major promoter. For the utilization of public funds the company has mentioned two major ways. The first one is for some general corporate purposes. The other one is related to the expansion plans of the company.

The expansion plans are divided into two tranches. The first one is organic purchases and second one is inorganic acquisitions. The organic ones include customer acquisitions, tech platforms and expansions and developing the delivery infrastructure. Through this IPO the company would get a liquid valuation of 14000 Crore Rs. as per the estimates of analysts such cash flow is enough for its 7 to 8 years of cash burn. This can prove to be vital funding so that the company can start generating profits.

Promoter Information and Competition in the Market

In India there is a duopoly in Zomato’s business segment. There are only two companies driving the entire segment. One is Swigyy and the other one is Zomato. Swiggy is also active in the InstaMart business and Super Daily segment. Zomato also started Grocery delivery in the initial phases of pandemic. However it shut down its operations as it resulted in higher losses.

Zomato and Swiggy together cover more than 90% of the Indian business. In the fight to battle Swiggy Zomato Bought UBER EATS and since then has been dominating the segment. In the last decade Zomato has raised much equity capital and through the IPO it can start divesting the promoter holding.

One thing that is during the institutional and retail investors toward the IPO is there is only one promoter giving its shares back in the form of Offer for sale through IPO. This means that the investors are still bullish on the company performance and hence are keen on staying invested in the company. Such a promoter belief is an indication that the company has got the required potential for growth and expansion ahead.

Zomato has been reeling from heavy losses for three years. The last year has been a complete wreck due to the COVID pandemic. The loss recorded was the highest at 2387 Crore Rs. This can be a major opportunity for Zomato to get back into business and develop itself into a profit generating firm. The investors are also bullish on the company’s growth and it has backing from the major players in the field of finance. The revenue of the company for last year has been 2743 Crore Rs and the assets are worth 2900 Crore Rs. The situation of the company is critical and hence the investors hope the IPO will turn the situation around for the food delivery leader.

Grofers is a grocery platform making door to door delivery of groceries. The company is a strong competitor of Swiggy, Dunzo, Flipkart, Amazon, JioMart and BigBasket. One Of the major reasons for acquisition of grofers is that Zomato initiated its operations in the grocery business. The business went into losses but looking at the high potential growth the company decided to go for buying the same. It is not the first time that the deal is in conversation between both the companies. There have been multiple chances where the board of both companies have got together for the deal. But due to some or other issues the deal cannot go through.

At a later end Zomato decided to launch its own version for the business line. On failure it became sure it would invest into Grofers and become a major competition to its major rival Swiggy. The deal is for 100 – 120 Million dollars and would provide major opportunities for Zomato for competing with its rivals in the food delivery business. The valuation of Grofers is around 750 million dollars and through this deal it will take it near to the goal of becoming a unicorn company (billion dollar valuation).