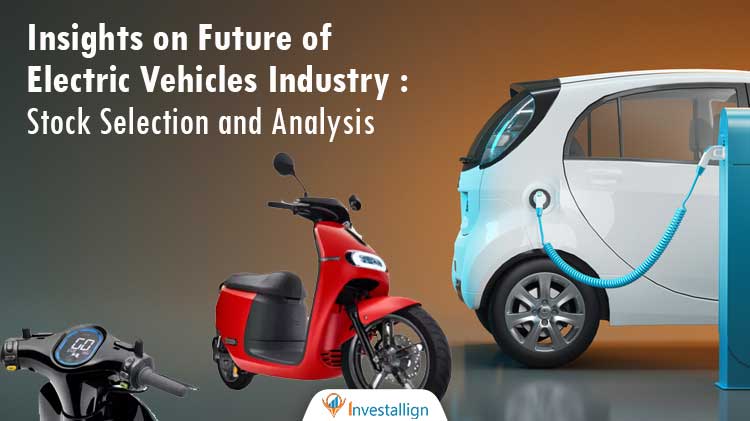 The Indian Economy is dependent on automobiles for the manufacturing sector. The GDP for the manufacturing sector back in 2018 was dominated by automobiles. The rate of manufacturing was 49% in Indian Manufacturing GDP. This explains the dominance of automobiles in India. Alongside this the recent trend has shown the interest of the middle class moving towards owning their own cars. This has directly impacted the demand and selling for Indian cars and two wheelers. However the trend has been going down since the last few years but the COVID has not impacted the automobile industry that deeply. Since the COVID restrictions were lifted the automobile industry has bounced back and is in the top gear along with the Financial Segment.

If we take a note of the vehicle industry in India, till 2019 the industry saw a constant upside. Since then the COVID has affected the market a lot. The market has almost lost sales of 8 million units since 2019. Hence the market is facing challenges due to the chip shortage and COVID crisis. Amidst such a volatile market the Government is constantly focusing on getting EV vehicles into the market. Hence the market is seeing a great downsize in production as new vehicles are to be Electronic technology driven for a long period of existence. Hence the R&D procedure for the same is going on. Until now multiple companies have launched their EV Vehicles in India. Tata is the leading company among the list of such companies. Along with this, Mahindra and MG have also been contributing well so far.

The Electric Vehicles Industry is estimated to grow by 4 times in this decade itself. The Overall world market is currency booming in this direction. The major leader worldwide is obviously Tesla. However there are a lot of ancillary industries that can be focused upon as well. For analysing the electric vehicle industry one needs to know about the types of vehicle that run on the roads currently. There are three types of electric vehicles currently. First one is Battery driven vehicle, Second is Hybrid Vehicles and third one is Plug-in Hybrid vehicles.

The global players in this industry are Tesla, Nissan, General Motors, Ford, BMW, Daimler AG, Volkswagen, Energica Motor, BYD Company Motor etc. The global share is captured by these companies. They are the direct sellers for the finished vehicles in the world.

Domestic Segments to Watch Out For

There are multiple segments that can be looked for for the EV Industry. They include the companies from direct manufacturers to the ancillary product suppliers and providers. The major industries into note are Chemical Industry, Software and I.T. Industry, OEMs, Auto Component Industry and Infrastructure providers for EV.

These Industries are the frontline benefactors from Electric Vehicle Industry growth. The Chemical Industry is used in the battery and engine compilation for vehicles. Software and I.T. is a major requirement given the Vehicle’s technological upgradation. Auto components are always required for completing the manufactured vehicle and infrastructure is required for battery charging and constant support for the vehicles.

Hence all these industries serve a major role in the growth of EV segment in the coming future.

Stock to Focus on

The E.V. stocks do include the direct sellers and those are very obvious picks for any person. However the real picks are the ones that have a high potential for growth and are lesser known by everyone. One of the exclusions from any investor’s list should be Maruti Suzuki. The reason is Maruti would be the last player to enter the E.V. market as it is planning to launch its fleet a lot later in this race.

The direct sellers include Tata Motors, M&M, JBM, Olectra and Ashok Leyland. These are the ones who are the early birds in this segment and have started rolling their vehicles on the road. The passenger vehicle industry is dominated by Tata Motors currently followed by Mahindra. In the Truck and Bus business (Commercial vehicles) Olectra, JBM and Ashok Leyland are the leaders.

The major competition is seen in this sector as it is one of the most potential segments in current times. Chemical industry is booming in India nowadays and hence one needs to carefully choose the players to invest in. The major chemical players in current times are Gujatrat Fluorochemicals, Tatva Chintan, Tata Chemicals, Neogen Chemicals, etc. Among Them GFL is a major pick given its capacity to produce an entire product by itself (forwards and backwards integration).

The I.T. segment currently includes the major companies in India. However their share is very concentrated in the field. The major share is dominated by Tata Elxsi currently. If one looks at the Tata portfolio, it works as a forward integrated company together. From Tata Motors to Tata power it has the capacity to manufacture the entire vehicle on its own and even manage the auto components.

The infrastructure is a major requirement as electric charging stations would be required in abundance given the low capacity of vehicles and the time required for charging. Tata Power is the early bird in this segment and has already set up various cities across India.

The major companies in the race for auto component domination in EV vehicles are Sona Comstar, FIEM Industries, Minda Industries and Electra Tech. All of these have their advantages and set ups but the profit margins for Sona Comtar are maximum in this list.