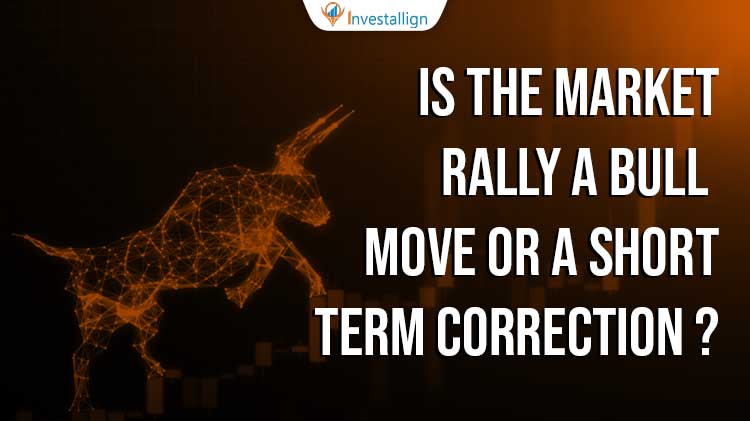 The Indian markets are currently in fully charged mode. The indices went down to 16800 levels but however it seemed like that was the end of bear grip. The reason being the entire index took 7 to 8 sessions to get down 6.6% or 1000 to 1200 points from the 18000 levels. However it took just 2 sessions for the indices to recover 40% of the entire loss. The current market situation is Nifty50 trailing at 17274 points. This is possible due to the rapid increase in stocks given the RBI rate hike of 50 basis points despite a 75 basis point hike from the FED. Also on a positive note there is no big negative news standing in obstructing the Indian markets to move ahead. On the other hand the results announcements are now very close and it is expected that this quarter would be providing exceptional results.

One cannot be sure as to which sector would rule this quarter’s result announcements. However the eyes would be closed up on the Information technology sector which is going to give its results in the next week. TCS, Wipro, Infosys etc. are going to declare their results. Also the I.T. sector is currently in a heavily devalued zone. But as per the announcements made by all the information technology CEO’s in previous quarter results, though recession hits any country or their businesses they have enough work in the pipeline to roll out major returns and prove their worth in the market.

With the rapid rise in the indices and stocks in 2 sessions, the investors recovered a whopping 5 Lakh Crore Rs from the market. Also the gold market is seen to get its valuation back from the 49000 range. On the other hand the oil supply is going to get a cut down from OPEC which would make the prices of Crude go up as well. Hence everywhere in commodities or shares the prices are seen on a rise. The rising prices is an effect of investor’s confidence in the markets. Also specifically the Indian markets are seen as a shelter for keeping money safe given the economic promises made by the government. The Finance Minister is sure that India won’t be facing any recession if the RBI governor promises to bring down inflation within 1 to 2 years.

With these announcements the Monetary policy was launched with a 50 basis points hike which empowered the investors to boost their confidence on their investments and also attract FDI investments for market recovery.

However one is still unsure whether this move is a beginning of a bull run or just a correction from the huge loss suffered by the markets. The answer behind this lies in observation of the market flow for the next 2 to 3 sessions. If the Nifty50 crosses the 17800 levels within the next 3 sessions one can be sure that the bull move has set upon the market. If this situation does not happen then the indices can be considered to be stuck in a range bound market and hence it will take some time for the markets to get back on their feet.

In the last market session Nifty 50 was up by 2.30% or 387 points which is almost 40% of the fall that happened due to Fed announcements. Also the Bank Nifty recovered by 2.85%and Sensex was up by 1276 points. With the latest change in the Nifty50, Shree Cements is removed from the index and Adani Enterprises is added to the same. However, within days of adding Adani enterprises in the Nifty50 it lost nearly 10% of its valuation in 2 to 3 consecutive sessions. Not only Enterprises but almost all the shares under their Adani group suffered lower circuits for 2 consecutive sessions. This happened due to some issue going on with the fraud allegation on Adani group.

One can be stable on their investments and can add tech stocks for better averaging at the lower valuations. However on the other hand one has to be sure that whatever the investments are they can take a long time to recover as every sector’s future is based upon this week of market movement. Hence follow the support and resistance level before making any trades. Also keep into note the changing commodity prices and currency valuations so that an assumption can be made for the next move of the Indian indices.

Following the observation of SGX Nifty it can be said that the markets will open with a 100 points gain on the Nifty50 index. This can be said as SGX Nifty is constantly moving in the range of 17350 to 17500 points during the Dussehra Holiday for Indian Stock Markets.