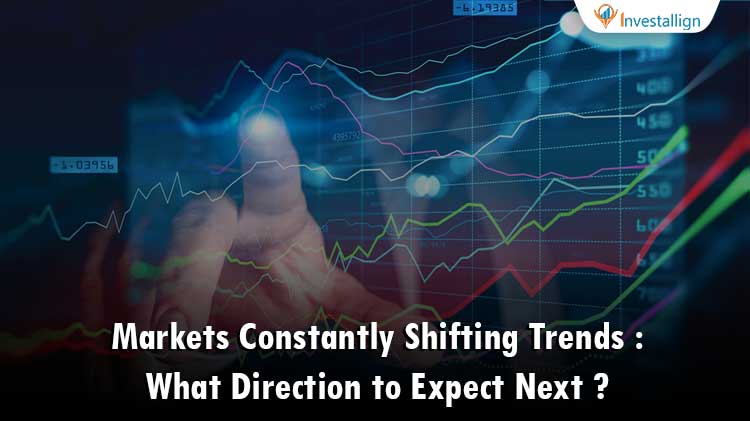 This week has been a constant roller coaster in the Indian Equity Markets. From the listing of Adani Wilmar IPO towards the end of Week in Red, the entire flow of the market is disrupted. FII has been selling on worries of FED TAPER. On the other hand due to market panic the DII and even the retail investors have started offloading their stock holdings in case of getting better rates in future for maintaining the average buying price.

Thus the market flow currently has been very untraditional. With the current set of events coming up the market has been really deviating its oath every week. Previous week it got caught up in a bull ra;lyy from 16800 to 17800 levels. However in just today’s session the market lost more than 1800 points of gain. It is the highest single day loss in the last 10 months. This is how much fluctuation the flow of the Indian Equities is.

With the constant degradation of market valuation since the last 5 sessions, the current market valuation has broken all the limits. The limit for support is now immediately shifted to 16600 Levels. Technically it is one of the most crucial and important levels for Nifty50. If this level breaks down one can see an opening of floodgates. After that if the level of Nifty50 breaches 16400 mark then there would be a definite bloodbath leading the market into the 15000 zone again.

From the previous market movement it is now set that the Nifty50 has to break the psychological 18000 Level again to get into the bull rally. Any upside from 17800 can be considered as a positive sign to reach and then breach the 18000 levels. If the 18000 level is achieved then we can notice a new all time high above 18800 levels.

The most shocking event was the ABG Shipyard bankruptcy case. The market and specifically Bank Nifty has reacted to this scandal. The Bank Nifty lost almost 1300 points of gain in one single session due to the bankruptcy case. There’s nothing new about the ABG Shipyard case as it started 5 years back. However the liquidation statement has caused the banks to drain in valuation as all of them are invested into the company on some or other levels.

While the economy is bearing the defaults of the shipping company, the global markets are reacting to the intense situation between Ukraine and Russia. However in the recent statements made by Ukraine it is not going to act in any direction which can begin a war. This was confirmed when the NATO case was cleared from Ukraine Officials today.

With such two big events the Fed has been bearing gifts to pull out equity from the economy which is causing a higher loss to the big banks. Thus the entire economy is facing a blockage due to all such reasons. Adding to these events the inflation rate has been at a high of 5.56%. This means that the bank savings accounts have proved to be a total waste for the people of India. The money is getting derided inside the bank accounts. This is the reason why the banking system is experiencing a lot of damage from all the events. The damage is huge and it can be noticed in HDFC bank’s valuation. The share price of HDFC bank is at its 52 week low levels.

The next direction of Markets is definitely going to be upwards. The reason behind it is the post market SGX performance. The markets ended at 16840 levels, whereas SGX breached the 17000 levels in the post market movements. The current levels signal a gain of 150 points in the market.

This is a clear indication that the market is going to go upside down with a possibility of downfall if the levels for 16600 is breached. Hence anyone who is highly trading in current scenarios should look out for these levels. 16600 and 16400 are caution levels and hence they can also act as stop loss for maximum contacts. So trade with care in current times. Another reason to trade with care is the VIX. The volatility index has been constantly increasing which leads to the fear that people are not sure about the market direction and hence are under a panic about the future events.

The current situation is a buying chance for all the investors to increase their portfolio valuation at low levels. This will lead to major market gains in the future. As per the expectation one can see the markets reaching the 18000 plus level somewhere in March mid or March end. By that time if no extraordinary event has happened the market will get into shape and the entire situation will be normalised. Hence as an investor one should sit tight and increase the holdings with averaging the price of shares.