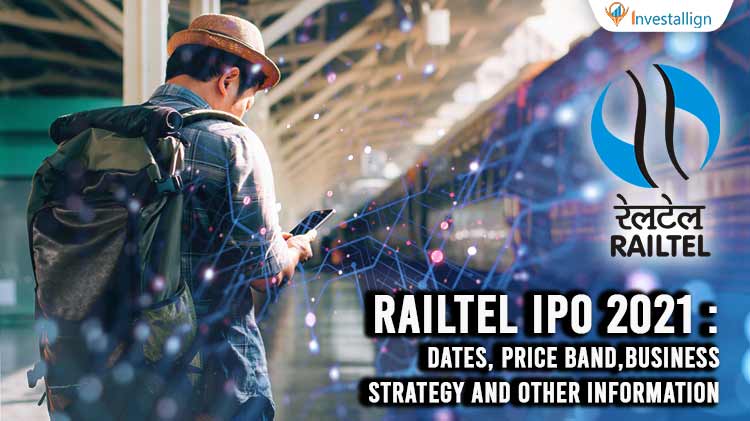 Railtel is the gigantic leader of the telecom infrastructure provider industry. It provides network facilities across all the towns and cities of India and covers 70% of the Indian population. Railtel owns the exclusive ROW along all the railway tracks in India. It started in 2000. Railtel has more than 58000 kilometers of coverage spread across more than 5800 railway tracks.

Railtel has an exclusive relationship with Railways and serves the services with a dynamic range of services as well. It provides a video surveillance system at railway stations and in trains. It also provides e office services. Railtel implements long and short haul connectivity between stations and helps various organisations in maintaining records for the same. Hence it is a major ICT service provider and telecom infrastructure developer in the nation. It has its regional offices in Kolkata, Mumbai, New Delhi and Secunderabad. Its main office is set up in New Delhi.

It created a subsidiary in Aug 2014 named REL (Railtel Enterprise limited). The Company was set up with a view of expanding project execution of telecom and signalling. It uses the most advanced technologies like DWDM and MPLS networks.

The Railtel IPO is set to launch on 16th Feb, 2021. The issue type would be book built issue. The subscription ends on 18th Feb, 2021. The face value per share is set at 10 Rs. per share. The price band is set at 93 to 94 Rs. The minimum lot size is 155 shares and the maximum lot size is 2015 shares. The issue is set to raise 819.24 Crore Rs. All the amount will be raised via offer for sale and no fresh issue option is available. The company would be listed at both BSE and NSE and the listing date is set at 26th Feb, 2021. The registrar for the company is Karvy Fintech Private Limited.

The financials of the Railtel gives a lot of assumptions. The company has a fluctuation in the asset holdings. Its asset holding has taken a down swing in 2018-19 period but however the revenue has managed to grow a bit. There has been a very minor change in the revenue stream of the company since 2017-18 and the company is not expanding upto its maximum capacity. The company has shown a stable N.P and revenue for past three years. The revenue has increased in 2019-20 period by 1000 million Rs. which is a good indicator for performance of Railtel. Also the net profits of the company has shown a growth of 100 million Rs. in 2019-20 period. Overall the company is really stable and producing a slowly increasing revenue and net profit stream.

The main focus is on the current year performance of the company. The train services were closed for a long time this year due to COVID crisis. This has given the company a hit as it has a large business with the MOR and the railways. Though the current year has not generated good business but the company has managed to gain a revenue of 5537 million Rs at the end of September quarter. Also the Net profit so far stands at 455 million Rs. This is a good sign as the company has maintained the revenues if we look by proportionate view. However the net profit has taken a hit this year. The net profit is less by 300 million Rs if we compare the current profit with the 2019-20 period.

The objectives behind the public issue are :

Railtel is owned by GOI.  President of India is the only promoter of Railtel. The president works through the help of the ministry of railways for running the company. The promoter holding pre-IPO launch is 100%.

The lead manager of the IPO are as follows :

How to Apply for IPO with Zerodha ?

It is very easy to apply for an IPO now if you have a DEMAT account with Zerodha. Follow the steps below for the same :

Now, applying for IPO online is possible with most of the Discount and online brokers.