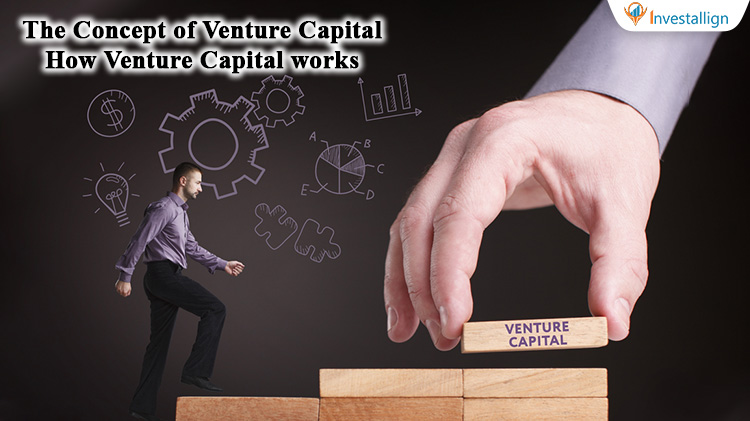 Start ups are the new hub-spot for pursuing business. Various startups have unique ideas to solve problems of human lives. For creating their own technique and serving people with that solution they need a huge amount of capital. Being a startup, such capital is not possible to own and invest. This is where the venture capital concept comes into picture. Venture capital is a direct investment in such startups with a long term perspective. It is a risky investment but has a great potential of return.

Such investment is risky as they are just startups and not established businesses. The possibility of success totally depends on the growth of the company. Being a venture capitalist gives you the power to influence major decisions of the business. Venture capitals are money investors for startups just like FIIs are for Indian stocks.

All companies are created from a rough and vague idea which originates due to some problem in daily life. When the solution to that problem is found out, is when a product becomes available for making human life easy.  After that the startups go in search of capital funding. The venture capitals invest in particular type of startups. i.e. There are ventures which invest in only technology startups or food startups, on other hand there are ventures that invest in only educational startups or agricultural startups etc. Hence after gaining capital from the ventures comes the time for actual growth from a startup to private equity company and then finally launching an IPO.

The investors in venture capital focus on various stages of a company. They are :

This stage is the initial stage in a company. The investment ranges from 0 – 1 million dollars.

The stage focuses on those companies that are doing pretty well and showing excellent returns. This takes a company from basic level to a developing level with more added funding. As per the company’s requirements it gets funding within the range of 1million $ – 10 million $.

It is the stage where the company is taken to a totally next level. It is provided necessary exposure and if needed converted to a multinational company. The funding in such a stage is not fixed and it depends upon the venture capital. Though if put into numbers on an average the funding range is 10 million $ – 50 million $.

The two types of capital structures used by ventures are :

It is the most preferred method of funding by ventures. In this method stocks are given to ventures in place for funding. The ventures get voting rights, dividend and perform all functions like equity shareholders do. They even influence the company’s decisions if required.

Once investment is done the equity is owned by the venture until the company goes into liquidation or goes for sale.

It is the funding that is initially offered as debt and at time of maturity gets converted into equity. Such investments are like equity only because it gives the venture capitalists the right to influence business decisions. This is a bridge between the early stage and growth stage.

Such debt gives the company a discount on its valuation and pricing because it is offered as debt and not equity.

In the 1997 period only 6% of the funding went to startups. This makes the amount  around 600 million dollars. Also less than 1.5 billion dollars went to the research and development department. The majority funding went to incomplete projects and government expense accounts. The reason behind was the mentality of venture capitals at the beginning. The venture firms didn’t trust the startups more back then and the chances for success were one in 50. The case was so bad that there were a lot of fraud cases and the capital of such firms was carried away by fraudulent firms.

In today’s time the mentality has shifted due to the massive upgrade in success rate. The rate has improved to one in twenty. The reason termed by professionals is improved educational well-being and modern financial softwares for proper planning and allocation of capital.

In today’s time the most part of funding goes to creation of infrastructure for the startups and improving the supply chain system. As per reports such founding accounts to 80% of the entire capital issued. Venture is a risky bet than capital markets and mutual funds but the only expectation from the venture capitalists is the high return on investment. The chances of returns when one company in their portfolio grows out of the present 100 or 200 is almost 35% per year.

Mostly all the ventures are opened up in partnership and not an individual company. The reason behind is the high amount of risk and huge piles of work required. Each venture goes through a lot of companies in their portfolio. The scrutiny of each company is necessary. The reason is for evaluation of risk and knowing the time to get out or increase funding. Hence more the divided workload better chances to earn more profit.

Also the value of a venture capital depends upon various factors. Some of them are :

Other Benefits of Venture Firms

The best usage of a venture is the cross connection among the network of businesses. This becomes a deciding factor in making cost-effective goods and services. Hence having a firm backed by venture capitals is very beneficial. The reason is very simple : risk sharing, high networking, experience and guidance.