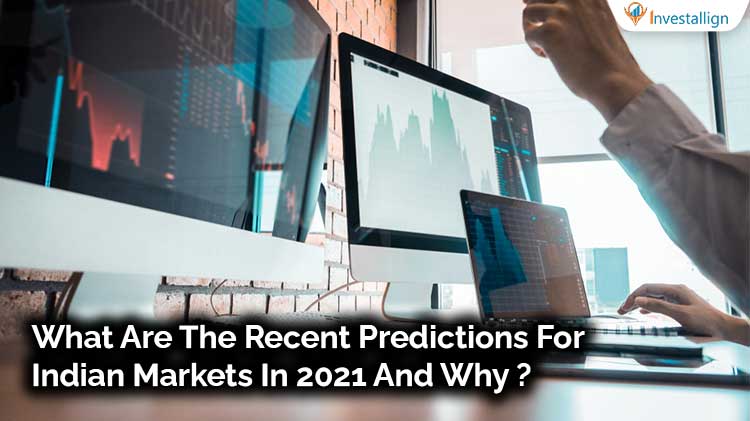 Indian markets is the prime area for investment by FII and retail investors. The reason is the current never ending bull run and the upcoming positive factors. The biggest reason for the bull run is the upcoming budget date and Biden’s swearing in on 20th January as the president of the USA. There are high chances of bull run due to the constant inflow of FII and the investment backed bull run. There are other deciding factors as well which include the Quarterly results and the policy change possibilities in the USA and the India in recent times.

Let’s get into detailing of all such factors :

The Foreign Institutional Investors are on a run since the past 4 months. FII have invested more than 1.5 lakh crore Rs. in the Indian markets. The FII are constantly investing into the Indian Economy due to a combination of factors.

The major reason is the distrust of the world in China. India and China are sole countries who have more labor force for work. The FII are moving their funds from China to India due to the distrust of the Chinese government. The Chinese govt. Is accused of spreading and creating the Coronavirus by the USA. This has led to a major cash drain from the country. Another reason for more investment in India is India’s aim for a 5 trillion dollar economy and its growing industry base.

The petrol prices in India are at all time highs. The Price per litre in Delhi is around 86 and in Mumbai the prices are around 92 Rs per litre. This signals one thing that crude oil prices are getting higher and hence the increase in petroleum. Whenever the crude prices are higher the price level of major commodities rises. This hike creates a situation of requirement for cheap goods or the other outcome is lack of demand. In such a populous country with festival awareness demand cannot be compressed for a long time. Hence the hike in petrol prices has caused a hit to the market. The reason is it affects the fiscal deficit of India. Hence creating an adverse impact. But the quantum of such effect is very less in comparison to the constant trust of retail investors and FIIs cash flow in Indian market.

Recently the RBI committee has proposed a suggestion to convert some big business houses and Non banking finance companies into Banks. This means decentralizing the banking system and bringing more privatization into the banking system .This means the established banks would face more competition from their peers and there are also chances for the public to be lured in too well to be true offers and exploited later. Putting the cons aside this is a very drastic and big step into the banking system and the finance companies are on their dream run due to such suggestions. Previously it was proposed that a final decision on it would be taken in the last week of January 2021 and hence it would be a major factor in deciding the market flow in future. Though currently the finance companies are driving on the front seat for progressive run betting on a positive decision.

Recently there is a lot of fear caused due to the new breed or strains of coronavirus across the globe. In the U.K. the first new strain was found out and it caused a lockdown extension across the country. Other nations also put a stay on the flights and international movement on the residents of U.K. initially but now the situation is lightened a bit. Apart from U.K., USA and Germany have also found new strains of this virus. The USA has found 2 strains and Germany recently found a new strain of virus. This has extended the chances of a fearful situation arising soon and the world can also face another blow of lockdown if this strain is uncontrollable.

The newly elected US president is getting his swearing ceremony in the coming days. This means that the White House will get a new resident and the USA will get a new leader for the upcoming term. This has caused a positive run in the US markets and hence benefited the other world markets as well. Though the recent strike on the US Capitol has raised questions for a peaceful swearing ceremony. Any problems in the current situation of three breeds of virus prevailing in the USA could be dreadful for the superpower.

Also the US is planning to roll out a 1.4 trillion dollar stimulus soon keeping the virus situation in mind. Hence these factors could boost the bull run.

The budget is one of the most crucial factors that could change the direction of the market. It is constantly told by the FinMin of India that the upcoming budget will be the best budget of India ever since. Such a budget would never have been seen or imagined by anyone. The hype that has been created by the Ministry has created a lot of expectations in the mind of people. Hence the budget needs to be compelling to satisfy the expectations of the Indian public or else this could cause a major blow to the cruising bull run of the market.

There are a lot of rumors surfacing the market that the US is planning to undergo some changes in the policies so that it can attract the FII inflows. India is benefiting from the constant flow of FII recently but the US is planning to get the attention of such funds as well. The only reason the investors are not funding the US markets is the coronavirus problem and the incomplete political change.

After Biden’s swearing goes smooth there are chances that FII will get their funds back and invest them again in the US companies. It is expected that India will bring some relief for FII in the upcoming budget of February and hence it is going to be a very uptight situation for the markets in the upcoming fortnight.

The results are the most dominant factors for the market. Every company will now announce the performance and results arising from the last quarter of October to December 2020. This means that Indian markets are set for a sectoral and stock specific swing in recent trends. The time is near that one by one each company announces the performance. If the performance smells negative then the FII in no time will take away the invested money and invest in other economies of the world. This is a very crucial time for the Indian markets. They have to prove themselves to the world that they are still capable of constant growth. No virus or policy changes can hamper the growth of the industries in India.

All these are the major factors that will determine the flow of the Indian markets in 2021. Looking at the current line of events it is preferable that traders stay away from holding long positions. Investors should keep faith in their investments. Long term investments will definitely give returns but short term trading in this period is a very risky bet to take. The traders should stay focused on their strategies. They should strengthen their tactics for resistance and support levels. For this they could use the Algorithmic trading platforms.