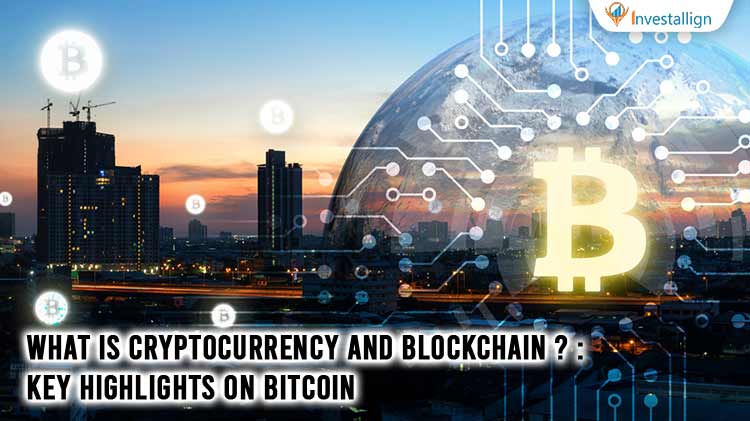 Cryptocurrency is a combination of two words. They are : Cryptography and Currency. Currency as we all know is a unit of determining exchange value. Cryptography is conversion of simple words or sentences into a coded language. Such an encrypted message is very difficult to crack and hence it is also known as the safest way to transfer a message.

Let’s understand by an example. In the movies we often see that military personnel communicate with each other in the form of coded language. The language is such that no one else can understand besides the crew members. Cryptography serves the same purpose. No one else can decrypt it except the sender or receiver. Both of them are the ones who know what the message is trying to say by deciding out into simpler forms.

Cryptocurrency together is a virtual mode of cash. It was brought in lieu of eliminating the banks from the process of transactions. Cryptocurrency is transferred virtually without the intervention of any intermediaries.

For an instance let’s consider an example. There are two parties involved in a trade X and Y. X is from India and Y is from Australia. X sold goods to Y and he wants to have his payment overnight. Now the payment would take some time as it is to be done through conversion of currency from Australian dollar to Indian Rupees. That is how the transaction would get settled up. Now in this case without the intervention  of the bank the parties won’t be able to convert their cash and settle the transaction. What if they want to settle the transaction without the help of a bank.

The person Y would transfer funds electronically in the form of digital cash and the person X would receive the same within the span of minimum 4 seconds to 10 minutes. This is how quick cryptocurrency is. Nowadays people have started believing that investing into cryptocurrencies can be the best investment of life due to the rise in value of bitcoin.

Hence cryptocurrency eliminates a lot of problems from the chain of business. It eliminates the time delay as it takes a maximum of 10 minutes to settle the transaction. Also it eliminates the involvement of intermediaries into the cycle. By this the fees charged per transaction also becomes less. The main benefit to cryptocurrency is that there are no geographical boundaries to the transaction. Hence one can transfer money to any other country from any corner of the world.

There are also some shortcomings that cryptocurrency has. The major shortcoming is that it is untraceable. Once the receiver sends money it is untraceable where it went. Hence if by mistake the account number being entered is wrong it causes a big loss to the sender which is not in case of banks because the amounts can be traced there. Also due to this feature of untraceable action it is used into illegal activities.

In 2018 cryptocurrency was a hot topic. The RBI banned the Indian banks from getting involved in any crypto transaction with the crypto companies. This created havoc as the world had started using it and many domestic users have got involved or had got plans for getting involved into crypto currency. So the case went to supreme court and at the end of 2018 Supreme court lifted the ban on cryptocurrency in India. However the concept of legal  Cryptocurrency in India needs to be understood.

Now the interesting thing to point out is that the block chain is not an infinite space. It needs a series of blucks to be put together to store the data. For example if we start filing data on the available information in the block 1. After sometime block 1 becomes full. Hence we will introduce a block 2 . Similarly the transactions will continue and new blocks will be invented to fill the data regarding the same.

Now the question is how will one know about the sequencing of blocks. The point here is the last transaction from block 1 will be connected with the first transaction in block 2 with hash or with a serial number for instance. Hence this way the clocks will be tied up in chain format. Hence it came to be known as BLOCKCHAIN.

It is just a type of cryptocurrency. The person who invented was Satoshi Nakamotu. No one knows this person but yet bitcoin exists. It is the most famous cryptocurrency given the rise in price of it in recent trends. Bitcoin has a limited supply in the world and this is the reason why the price of bitcoin is rising day by day. There are around twenty to twenty one (21) million bitcoins available in the entire world. Out of the entire lot around 18.5 million bitcoin are in transaction.

Transaction of a Bitcoin

For example if A from India sends bitcoin to a person X in China. The miners would do the job of decrypting the code of that cryptocurrency. That is the place where cryptography comes into picture. So the miners will decrypt the math problems associated with the bitcoin before it reaches X in China. They handle this process through use of very highly powered computers. The computers used in this process require very highly sophisticated technology and which should be very fast. The miners would mine the bitcoin for the receiver and hence complete the transaction for the person X in China. The job of miners is to verify that the cryptocurrency is authentic and legitimate. Hence they require high powered computers to solve the encrypted cryptos.

For this they take fees or bitcoins in return. The fees are decided on the basis of the satoshis per byte. The miners work is to ensure double spending is avoided for bitcoin or any cryptocurrency.