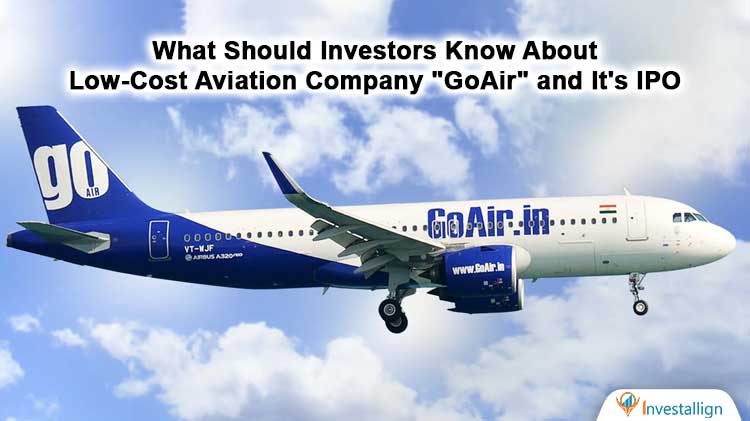 Go-Air is one of the major aviation companies in India. The company functions on the lower cost model. It is also known as ULCC. The model is known as Ultimate low cost carrier. This elaborates the functioning ability of Go-Air. So the flight is known for its low cost operating function. It has cheap fares and hence preferred by the economy citizen class. The company is owned by Wadia Group. The current fleet size of the company is 55 and has routes across 38 destinations. The company’s CEO is Kaushik Khona and Jeh Wadia is the founder. The company operates more than 330 flights daily. The airline planned to launch its IPO in 2020 but due to COVID pandemic the launch was delayed.

The company operates on the airlines for AIRBUS A320 and A320Neo. Across the fleet there are 7 A320 and 48 A320neo. The passenger capacity for A320 is 180 and for A320neo is 186. The company has placed an order of more than 96 flights with Airbus. The fleet size at the end would match 144. The fleet does not provide any major complementary on its flight route as it is a cost effective airline. The route for the airline includes Thailand, Dubai, Singapore, Muscat and Abu Dhabi. The current flight capacity of the company is to operate more than 2200 flights per week.

Go-Air has submitted its DRHP to SEBI quoting for 2500 Crore RS. IPO. The IPO is a planned phase of expansion. The company wants to expand its brand name and operate more fleets. Along with this the company has suffered major loss due to the ongoing COVID situation. This has caused major losses resulting in creation of large debts. The major objective behind raising the IPO is the same lines. The company wants to reduce the debts and interest payments on it. Hence it wants to raise funds in order to implement the same and get away from large cash outflow. As per the reports the company has a debt amount of approximately Rs. 1800 Crore in 2020.

ICICI Securities is handling the IPO procedures on behalf of the company. Citigroup and Morgan Stanley are also aided in the same.

The Indian Aviation sector has witnessed many ups and downs lately due to the frequent entry and exit of companies. The major companies in today’s time are Indigo and Spicejet. The market cap for INdigo is close to 65000 Crore Rs. and that of Spicejet is 5500 Crore RS. There were other listed companies before such as Kingfisher Airlines and Jet Airways. The reason they went out of business was an increasing amount of financial debt.

The share of Go-Air in the Indian market is 8.4% in the passenger segment. Since the inception the carrier has transported more than 80 million passengers. In a recent interview, Ben Baldanza (vice chairman of Go-Air) said that Go-Air will soon become a big competition for Interglobe Aviation which is the market leader in current times.

Go-Air has recently rebranded itself by the name Go-First. The name of Go-Air would persist until the entire transactions were completed under the parent company Go Holdings. The company has more than 115 domain names and trademarks. Hence the company plans to rebrand itself by conversion of all these trademarks and domain names under legal options.

What Are Concerns About the Company in Recent Times