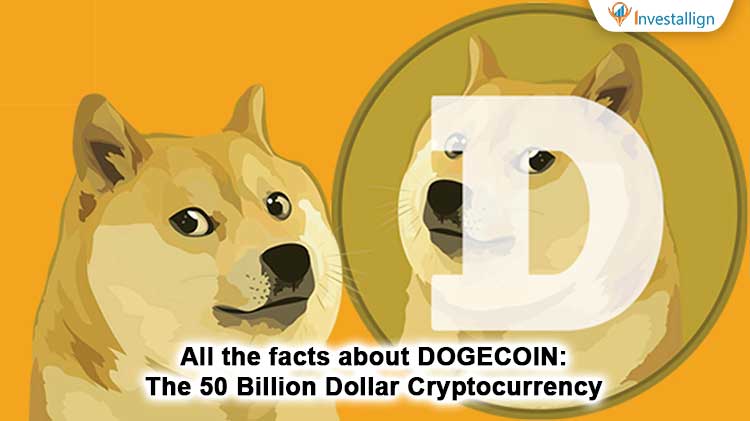 The specialty of Dogecoin was within a few weeks of its launch it had a footfall of millions on its website. Also the transaction number on dogecoin was much more than Bitcoin in the initial time period. Later on the creators took a break from the Cryptocurrency functioning in 2015. Later on the bubble burst in cryptocurrency in 2017 and 2018 which caused a major loss of market capitalization for almost every cryptocurrency.

Dogecoin was previously attacked very harshly in 2013. A hacker got access to the dogewallet and stole millions from the customers. Due to this the security of Dogecoin was breached and affected badly. This also raised a lot of questions on its credibility. The Dogecoin people then started a campaign to collect a donation for those who got affected with it. At the end of a few weeks they were able to generate handsome donations to compensate the people who lost their money.

Due to this fraud there was a lot of social media traffic generated. It was the highest tweeted crypto at that point of time. One can never rule out the negative impact of tweets, yet it came into picture at that time.

Though there was such a great attack on the security of this crypto the usage of it never curtailed. People started using it even more. In fact the trading volume of this cryptocurrency increased then all other crypto at the same time. It also beat Bitcoin in terms of the trading volume. Dogecoin operates on a static block reward pattern.

Dogecoin is available for trading on many platforms across the world. It is offered in the form of DogeLTC and BTC. Dogecoin is also used for exchange on many commercial websites and applications. Many usages involve the tipping system wherein one user rewards the other for task completion and other stuff. The information related to Dogecoin is scared very frequently on Reddit and Twitter.

In the recent past it was also used for normal purposes such as selling houses, Buying yachts, etc. It has also traced its accountability in Pornography. Dogetipbot was a special feature used by many Dogecoin Owners. Through this they were able to transfer money through the comment section on Reddit.

FUNDRAISING AND OTHER ACTIVITIES

Dogecoin is now part of many activities happening around the world. The many events involve :

Such activities not only gather funds but also provide a platform for boosting the usage of such financial products.

The latest valuation of Dogecoin is approximately around 0.00095$. This is an increase from the amount of 0.00026$. The increase in Dogecoin was ever constant. Rather the increase has been a result of a meme started by many online influencers and the tech giant Elon Musk. They all together started investing into Dogecoin and this led to a massive increase of 300% in the valuation of Dogecoin in just one week. Later on the investors thought that it is too much risk to keep a permanent holding of the Dogecoin, hence they sold out their investments in this crypto. This resulted in a massive erosion of wealth. The valuation decreased almost 50 Million dollars in one night due to this erosion.

Dogecoin was a mere meme based cryptocurrency whose sole purpose was peer to peer transfer of money. This cryptocurrency later on went on to cross the market cap of 50 million dollars. This market cap is more than many Indian as well Foreign countries. The Ford Motors which is a very old and renowned firm also has less market cap than this crypto.

By this incident something is very sure that the people keep investing into useless things and they turn their wealth into gold. After some stage when normal and general public enters a financial product they cleave their investments and hence cause a price fall in that particular commodity. The same thing is happening with Bitcoin as well. The volatility that it is having is massive. There is a movement of thousands of dollars in one single day in one single session. This results into very serious problems and questions against the modern tools of financing. Are we capable enough to handle the modern techniques of wealth or they are mere tools of big investors who keep on increasing their wealth by such products?