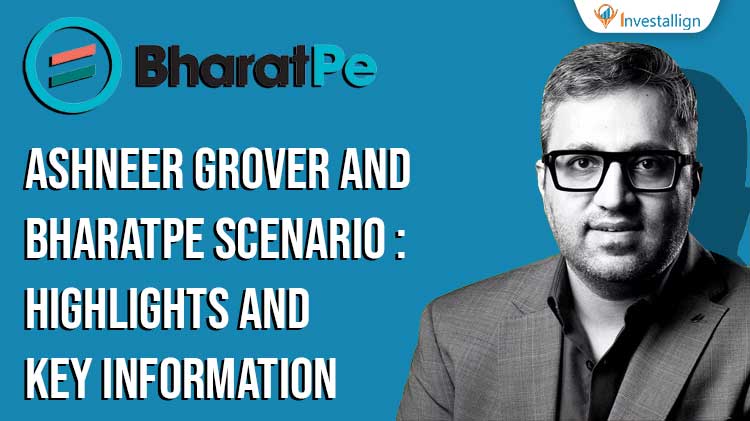 Ashneer Grover is a co-founder of BharatPe. The company is an application that enables its users to pursue online transactions through scanning the QR Code. Ashneer co-founded the same with Shasvat Nakrani. The key organisation people include Suhail Sameer who is the CEO of the company. In 2021 the company recorded its revenue at 700 Crore Rs. The company’s major business is linked to the kirana store merchant chain. It provides accessibility of easy payment being a fintech company. Alongside its journey it has catered some other products to offer its clients. The major ones are Easy Loans availability upto 7 Lakh Rs without any collateral and zero Rs. processing fee. It does the same through analysing the business transaction from the company and giving it an amount available to use as a loan.

The BharatPe card has also been launched by the company. It enables the users to have the facility for credit and debit cards in one single tool. With the card also promises to give 1% cashback on every transaction. It also provides a credit limit of 1 Lakh Rs. It has also included bill payments under its purview. Thus it is a growing company in lines of Paytm and Google Pay.

Ashneer Grover became very famous in the beginning of the year 2022 given his business strategies presented in Shark Tank India. It was a realistic entrepreneurship driven program which offered money to new ventures and businesses through a deal. The deals were presented from some of the major successful entrepreneurs of India.

Post the last meeting on 3rd March by the board on this issue, a letter was issued and mail was sent to accuse the co-founder of his doings. However, Ashneer is denying all these claims and is saying that his foolishness is not funded by the company. He has earned the money he spends and the board is just the same for the sole purpose of removing him from the company. The company has always been digging up opportunities for removing Ashneer from the company. This has been a long standing battle between Ashneer and the CEO Suhail Sameer and the Board led by Rajnish Kumar.

As per Ashneer’s Statements the company has been trying to remove him for his dominance in BharatPe. Also he has been a wall to maintain the company’s authenticity and working motives. While the board is leading the company in the wrong direction through its power. The entire scenario has been against Ashneer Grover and Family. The Case has been entirely turned against him due to his reputation created in the Shark Tank Show. Ashneer was one of the most arrogant and rude sharks. This created his impact as a money hawk and the board may have triggered this point and taken the advantage of the opportunity.

However currently the scenario has been driven into the legal dispute stage. Ashneer surprisingly resigned from the company by himself.

Post the board meeting, the board issued a statement that Ashneer is no longer an employee or part of the company. However Ashneer himself tendered a resignation from his role as a co-founder. He mentioned that due to the ultimate pressure from the board members he is offering his resignation. This may end his 1.4% stake in the company as the board intends to tie him up in the legal battle. The board said that they reserve the right to drag Ashneer into legal battle for giving back the company what he has taken inappropriately.

The situation initiated post the audio clip of Ashneer for abusing a Kotak Mahindra Employee went viral. The board immediately took necessary actions to make right. Eventually Ashneer has put forward a proposal to sell his 9.5% stake of the company. He wants to get a full exit from the company and also get paid for his part before the final finding some to the light for his leaked audio tape. Thus resignation submission and selling his stake can be in line to his rash behaviour in the company and also getting paid before the crisis hit him or his family.

Effects of the Battle

Ashneer’s wife also sent out a thread of tweets in this scenario. The reason was her forced resignation from her position in BharatPe. However the thread of tweets was eventually taken down by her as well,. Ashneer’s wife mentioned that she wants to end this battle and carry on with her family. The financial outfront of this scenario can be very huge for the investors as they are losing money and resources. The  reason is the legal battle against the co-founder. Also when the co-founder wants an exit from a business which he initiated is the worst phase for any startup in its prime stages of development.