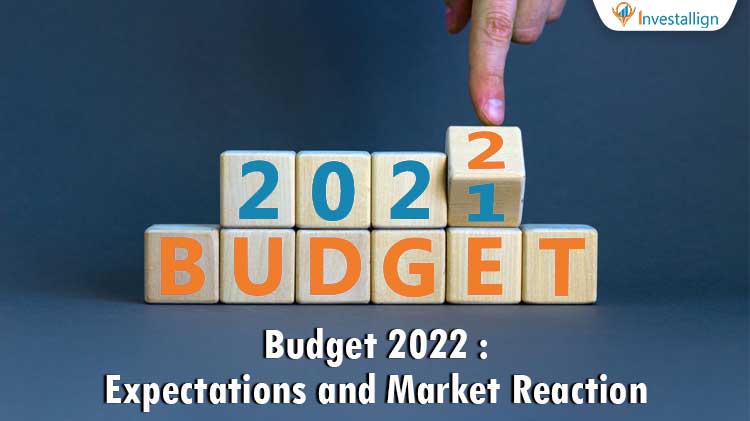 The Indian government has been constantly under the pressure of debt and increasing fiscal deficit. It is no secret that India is still a developing economy and is more dependent on imports for smooth economic functionality. Thus the fiscal deficit problem comes into effect. However the drive for Atma Nirbhar Bharat gas has been ongoing in a vigorous manner. The government has also realised the value of self dependency during this COVID pandemic hence there are some news excited in these lines into the budget 2022.

India has been a deficit nation since the beginning. During the budget discussion the finance minister points out the figures of the income and expenditure for the entire year for the nation. This is similar to the profit and loss in a company. Only here the profits are termed as surplus and losses are termed as deficit.

For 2022, the government of India expects an income close to 25 Lakh Crore Rs and an expenditure close to 41 Lakh Crore Rs. This simply means that the Indian government will face a deficit of 16 Lakh Crore Rs this year. However such figures are represented in the form of percentage to GDP. The current forecasts are close to the range of 6% – 6.5% of GDP.

Any government wants its people to become self dependent. This would not only help it prosper but also provide a larger growth perspective for the people as well. There are three expenses that the government carries out the entire year. They are Capital expenditure, Subsidies and Production Linked Incentives.

If there is scarcity of food for the people then the short term solution to it is to provide food directly and this is the exact scenario in subsidies. Whenever the nation hands out subsidies to the needy people, it creates an actress for those people. Such people become dependent on the government for their needs. Hence a burden is created with a short term solution.

On other hand if the government establishes infrastructure or provides more opportunities for education and employment then such people would be able to fulfil their needs correctly. This marks up the development of business and trade inside the nation. This is the only way to generate more employment without more stress. Hence one can expect strong moves to make this concept work.

On the receiving end of the Capital expenditure falls Production Linked Incentives. PLIs are a mode of encouragement for foreign as well as Indian companies to provide more employment opportunities. Also the government provides various schemes under this drive to facilitate and help the companies doing the same.

Every year in budget givens net raises this question of becoming self dependent and hence these topics would be major components for the budget 2022.

The key to constant development is a continuous chain of new business and more investments. These two form the bases for development of a nation on its own. This not only makes a nation self dependent but also helps it to cover the employment aspects and development aspects in one shot. The latest movies from the government to attract the startups is under the Make in India movement. However it is expected that the government will cherish some news in the favour of startups or venture capitalists or those cookies who are trying to make products domestically to avoid being dependent on imports. The segment into major focus would be Semiconductor industry, Defence and Aerospace Industry etc.

This is the most looked up topic for every individual in India. The government has amended many reforms earlier leading to benefits to business through a capped limit of 25% for taxes. However with Individuals pursuing jobs the maximum tax slab is 30% and added to that there is education cess and other taxes applied which sums up the tax to 35% to 40%. Hence major reforms are exposed to update the tax slabs for the individuals.

Also the 80 C deduction limit is expected to increase so that tax benefits can be obtained. Also it is no hidden fact that in history when taxes are reduced or more benefits are given to individuals in form of deductions, the tax has been recorded more. This is in account to the undisclosed income that people pursued to avoid paying tax.

Also the LTCG and STCG rates can be expected to be in focus. If the rates are not brought down then the limit for exemption can be pushed up for 1 Lakh Rs in case of Long term capital gains.

The Crypto Bill is going to be passed. This will open the doors for major clarification from the government. The people want to have some clarity regarding the functioning of cryptocurrency in Indian Domain. As promised from the Finance Minister, lights on this topic would be given during budget announcements. Also India’s first crypto exchange was launched recently IC15. More details for the same are available in India’s First Cryptocurrency Index IC15.

Indian Markets are definitely going to react to the government’s announcements in the budget 2022. However one can expect a highly volatile index and segmented stocks tomorrow. It has been history till date that the market has always reversed its trend post budget announcements. The pre-budget rally and post budget rally have always shown conflicting directions. Hence one can have more expectations for an upside. However given the multiple external factors for Fed Interest rates, Ukraine and Russia Standoff etc. the market can always shock the economy. However the major focus would be on Automobile, Renewable Energy, Make in India, Aerospace and Defence, Agriculture, Hospitality and Healthcare segments.