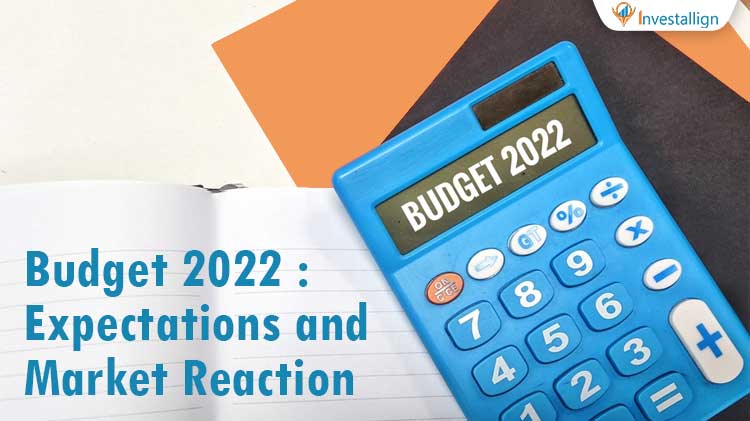 The budget 2022 introduced many new reforms and modifications in the Indian Economy. The Finance minister brought in multiple reforms and extra budget for expenditure. All such things were already discussed in the previous article for Budget 2022 Expectations. Most of the things discussed in it were covered by the Finance Minister.

Nirmala Sitharaman shocked the Indian economy with an additional spending capacity of 35%. All of such expenditure is to be allocated for Capital Expense purposes. This would indirectly aid in developing the manpower and developing the resources available to push the business and startups. This would lead to a direct future benefit. Not only this the FM also proposed to raise the CAPEX to 10 Lakh Crore Rs in the coming year in the Budget 2023. However the current increase is also nothing less than a miracle. The previous expense was limited to 5.4 Lakh Crore Rs which has got a push of 35%. Thus the current CAPEX is 7.5 Lakh Crore Rs.

Focussing on commerce and trade another announcement was put forth that the government will undergo changes in the SEZ Act. The act that was introduced in 2006 for development of industries and businesses has not been amended for a long time. However Piyush Goyal and his team are looking into the same and they will propose a new SEZ plan in the coming 5 to 6 Months.

The government is planning to develop more 25000 km of highways to connect various parts of India. This will benefit in expansion of income resources for multiple nations. Currently the construction sector is already under stress given the COVID times and increased amount of debt due to pending projects. The entire industry is going to get a huge exposure as mentioned by the FM in this budget. The Highways development would put the cement industries in the driving seat again along with companies like Larsen and Toubro.

In the CAPEX a lot of stress is laid on development of infrastructure to facilitate trade and commerce. Thus the construction industry is going to play a vital role in the future.

There has been a major amendment in the field of income tax. Any individual can now file the revised returns in case any income is not disclosed. They can rectify the same within a tie frame of 2 years. This will definitely bring in more income towards the government. Alongside this the government has said that no income tax slab variations are going to come in this budget.

As per the assumptions the medical benefits are available in the budget 2022. COVID 19 has left the entire Indian economy in a dismay. The major expenses were caused in the form of medical treatments. To counter this the government has allowed certain limit extensions to Section 80DDD for payment of insurance premiums. Also the expenses paid off by the employer to employees in terms of medical reimbursement would not be taxed. This is valid only for payment within 12 months.

One major relief was presented for the differently-abled people. They would be allowed annuity payment when parents attain the age of 60 years. The government employees would be allowed more deductions under NPS. Also the government has reduced AMT rates for Co-operatives from 18.5% to 15%.

Crypto talks have been one of the key pointers before the budget was about to get launched. The government did not show any signs whether to allow the currency or not. Also the Crypto bill was not presented. However the FM said that Digital Rupee will be launched to support the blockchain technology under RBI’s guidance. Also the taxes levied on any digital asset transaction is 30%. The TDS applicable on sale is 1%. Gifts given will also be charred under this category.

The biggest announcement was regarding the LTCG surcharge limit. The corporates and big companies would be the centre of benefit in such cases. The surcharge limit which extended till 37% in taxation is now fixed to 15%. Thus LTCG would be charged with a 15% cap limit from now on. This will provide major relief to companies and let them save a ton on taxes.

Further one special announcement was made for the farmers about assistance through technology. The usage of KISAN drones is to be done for a high potential and efficient farming. The budget was almost like a no show with one major movement in the Indian equity markets. The market was already up by 250 points and suddenly went down to -0.5. However the market gained its losses by the end of the day. This was just a position shift as the market bounced back from 17200 levels.