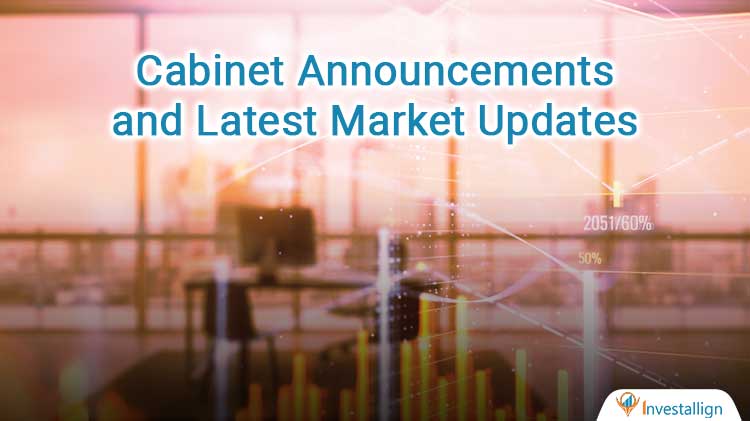 The Modi Government recently carried on a Cabinet meeting to discuss the current state of economy. The Finance Minister took the problems from various sectors and discussed them, so that reliefs and other measures can be taken to improve the working of the nation. The major focus this time around was the POST COVID 2nd Wave business and economy. The government is keen to advance forward with a relief to the stressed business sectors and uplift them as well. The Indian Government also wants to welcome new international companies to step up and be a part of this economy. This is why the cabinet meeting was carried on.

The major issues related to the meeting were the most recent telecom AGR Dues and the stress on the banking segment for loans.

The government took the initiative to give an announcement beforehand. They gave away a PLI of close to 10900 Crore Rs. for the textile industry. This not only provoked production of readymade goods but also for the raw material required. Uptil now the import of cloth was heavily dependent on China. This move can shift the focus towards some local manufacturers as well.

The Second PLI was given away to the Automotive segment. This was the most stressed segmenting the COVID times. No one wanted to buy new cars as the situation was pertaining to life existence. On one hand the prices of petrol and diesel were constantly rising and on the other hand the COVID destroyed the demand. Also environmental degradation triggered the need for electric vehicles which will give a major fall in demand for the current players. The recent statement from the Maruti Suzuki CEO mentions that the demand in the automobile segment will increase by 40 to 50 % in the coming years.

On this front the government gave a PLI benefit of 57043 Lakh Crore Rs. This involves all the sectors that are linked to the automobile sector. This will boost the production due to demand hike (as low price production available). It is also a possible opportunity at which the competition within the segment will rise and the customers will definitely benefit from the same.

The biggest news came for the telecom sector in this announcement. The government has allowed the payment of the dues with a moratorium period of 4 years. The companies get another 4 years for payment of their entire dues towards the government. This gave a boost to the working of Vodafone Idea and Airtel especially. Reliance JIO is not at all under any stress to pay the dues. However the questions on the existence of the Vodafone Idea is solved with this announcement.

The finance minister brought a google for the banking industry by the introduction of the bad bank scheme. The bank will take away the stressed loans from the banks and collect the same from their owners. The description for the same is mentioned in this link. However the government has taken a guarantee of 30600 Crore Rs. This will be in the form of security deposits. The Financial minister herself gave away the relief package for NARCL. This means that the government is trying to outa full stop on the banking bad loans.

The security receipts will be against the 85% share of the loans. This will complete the 100% payment for NARCL for buying the loans from the banks. The remaining 15% will be given away in the form of cash.

The markets enjoyed a great bull run previous to the announcements from the cabinet. The announcements brought a great momentum boost to the markets. The boost began with the increased period of moratorium in the telecom segment. This gave a boost to the Reliance, Airtel and Vodafone Idea stocks. This triggered a 27% gain in the Vodafone Idea company in one single day.

The NARCL news boosted the Yes Bank shares to rise. The shares were up by 11% in one single day which is the most ever since the last run. The banking stocks were up and specifically IndusInd bank gained 10% upper circuit. On the other hand today Bank Nifty gained its all time high levels. However the markets fell in the ending moments and settled up in red. Thus the markets had a great rally of almost 2000 points now since the previous month. This was given a boost by the cabinet announcement as the government is in full support of the companies and economy.