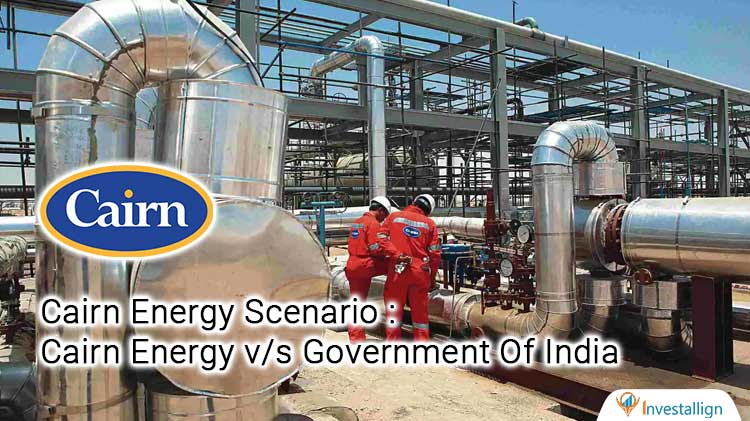 The Cairn Energy case is entirely based on the ruling that the government passed years back on the basis of retrospective taxation. It is a term used to describe any penalties or tax that arises to be paid for any amendments in the rules of an economy at a later stage. In layman terms it is a payment of tax on goods or services that were traded in the past, due to any changes in the taxation rules or economy rules.

Regarding the Cairn energy case an amendment was made in 2006. The government of India issued a law that any transaction of shares from the foreign entity to its Indian assets will become liable for tax. This law is kept into effect for any transactions levied from 1962. Through this all the companies are liable for payment to the government under this 2012 amendment.

Under the amendment Cairn energy was given first notice on the 2006 transaction of shares. In that year the company transferred its shares to Indian subsidiaries or Indian counterparts. In this case it was divesting shares of Cairn India holdings which were held by Cairn UK to its Indian counterparts. This resulted in tax liability of 10000 Crore Rs. from the company to the Indian government.

Similarly in 2010 as well the company went for multiple transactions of share transfer from Cairn India to Vedanata. This was a major stake sale of the company. The tax department conducted a research on this scenario as well and with given information Cairn energy benefitted close to 24500 Crore Rs from the transactions. Thus the Tax department asked for a penalty of 24000 Crore under tax liability and other surcharges. Given such a large amount Cairn energy revolted and filed an arbitration appeal.

The Indian government took various steps to hinder the Cairn Energy business due to the outstanding payments. Under the tax act payment, Indian government froze the transaction of 10% shares done by Cairn UK and also froze the dividend payments of Cairn India.

Cairn energy filed an appeal that all such charges and taxes levied on it are baseless and they also disregard the India-UK business treaty. The company also demands benefit for the damages done due to the same and the interest amount. This claim was initially close to 7000 Crore but the case changed with the Hague judgment.

In regards to the arbitration judgment the Hague gave statements benefitting Cairn Energy. It also asked Indian Government to pay a sum of 1.2 Billion Dollars to Cairn energy for damages. Along with the tax and interest, the payment would get close to 1.7 Billion dollars. Following this Cairn energy filed the arbitration case in major countries like UK, United States, Canada, France, Singapore etc. to demand the seizure of Indian properties against the claim.

The first win for Cairn energy was declared recently. The French Court ordered for a seizure of 20 Million euros’ property and assets of Indian Government. However the government of India denied the claim and said that it has not at all received any legal judgement from the French court in this regard.

On the counterpart the Government has said that Cairn Energy has been in touch with it and constructive talks are made for the issue. The Finance Ministry has given the statements that the Government has always been supportive to investments ad Foreign companies. Hence it wants to settle the case and efforts are made on that front only. However Cairn energy is moving ahead with its cases.

Air India has been brought into the discussions for the same. The Cairn Board has said that the Government of India is hiding its assets under its Air carrier – Air India. Thus the company has demanded seizure of assets under Air India. This appeal is joined by the Devas Multimedia Company which has been rewarded with an Arbitration award under the same retrospective case.

On all these fronts, the Govt. of India has issued multiple releases from its end. The important one being its filling of  legal actions against the ruling made in this regard in Dec, 2020. Thus the reward given to Cairn energy will be nullified in short tenure.

Moreover the case is not only draining the government resources and finances but also damaging its image. India has been portrayed as a country which hinders the business of MNCs and International companies. This could prove to be a major obstacle in the way of future investment into Indian domain.

Other such scenarios based on the retrospective taxation policy are Vodafone Case, Hutch Case, Devas Multimedia case and many more. Vodafone has been fined for the transactions made and it filed for arbitration under fair and equitable trade. This got the company a reward of 20000 Crore Rs. The Vodafone case was able to create a lot of buzz as well given the company’s presence in Indian markets. The issue was related to its transaction of share acquisition for Hutchison in 2007. The deal was close to 11 Billion dollars.