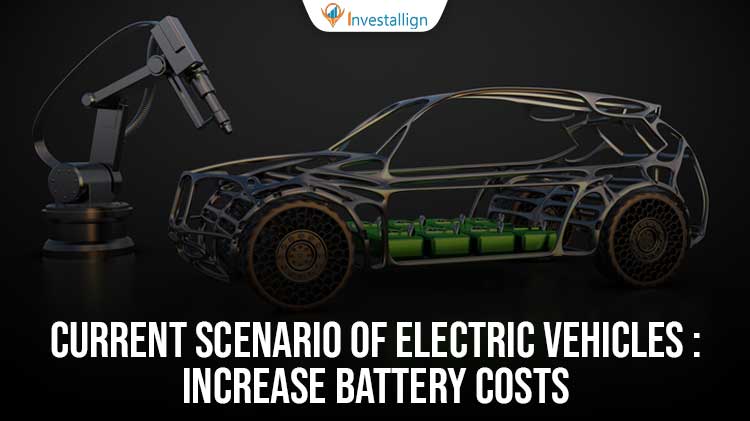 The Electric Vehicle industry is on the rise across the world. Due to higher fuel costs and increased global warming, nations are shifting their automobile industry towards more environment friendly modes of transportation. This has triggered the increased demand of the electric vehicle industry. As per many estimates the current size of the electric vehicle industry is 3 million vehicles. However by 2040 the same would increase to 66 million vehicles. These figures represent the 4 wheeler in the passenger vehicle segment.

Thus there is no doubt that the demand for electric vehicles is definitely going to increase over the next few years. However the competition in this segment is still not enough in the Indian domain. Currently there are only a few car manufacturers with active product lines in the electric vehicle segment. Out of them in India the major ones are Tata, Mahindra and Mahindra, MG, Hyundai and KIA. At the present time if we compare the Indian demand for electric vehicle industry then it is at the origin stage. However, the government is assisting in developing the industry through various subsidies.

Now for battery manufacturing three commodities are required in maximum amount. They are Cobalt, Lithium and Graphite. Out of them 2 commodities are even traded online. Thus the effect of market volume also affects their pricing structures. They are Lithium and Cobalt. The prices now have a wide impact on the electric vehicle sales. High prices directly impact the sales of the products.

The prices of lithium have increased almost 3 times in the previous year. The data reported by the Chinese manufacturer states that the production has been slow due to the COVID crisis. On the other hand the prices have been rising constantly due to the sudden increase in demand. The group’s name is Chengxin Lithium group. The group also believes that the prices would stay high for a long time. The reason is the continuous spread of COVID Virus and its new variant. The XE variant has already forced the Chinese to shut down its production in 3 provinces. Thus the slow movement of goods causes a high price rise in the same. The commodity exchange has recorded a tripled price effect in the prices of lithium in the last year.

On the other hand Cobalt prices have risen by 2 times. The commodity has its base for extraction from South Africa. As well , the Omicron variant originated from the same. Thus the entire country was under lockdown and production cut down for a long time. This caused a direct effect on Cobalt extraction and supply chain. Thus the prices of the same doubled over the short span of time.

Another commodity that affects the prices of batteries is NICKEL. The nickel prices have jumped 17% in the last year. This was an effect of the exchange trading volume and logistical disruption caused by COVID 19. Similarly Graphite prices have been on similar lines. Due to the power cuts the prices of Graphite have risen since the September month. Due to the same the supply of Graphite was tight and hence a price rise was noticed eventually.

Thus all the key metal prices have increased over the last year causing a direct rise in the electric vehicle prices.

As per the key manufacturers around the globe the prices are expected to calm down but it won’t be coming too low. The same would be expected in 2023. The slow price stability procedure would be in effect due to the supply disruptions. Once the entire procedure gets straightened out, prices would be stabilised as well.

The customer mindset change would be a difficult part in this scenario. Currently the prices of electric vehicles are almost double than the prices of fuel based vehicles. This would come down only when the battery pack prices are less than 100 Dollars per KWH. However to achieve this target there needs to be a higher cost reduction in the ability of the raw materials.

Currently the same prices are around 150 dollars per KWH. Thus the adoption of electric vehicles is a tough task for the current public. However, thinking about the future one needs to understand that the usage of electric vehicles will become a need for a better environment around us.