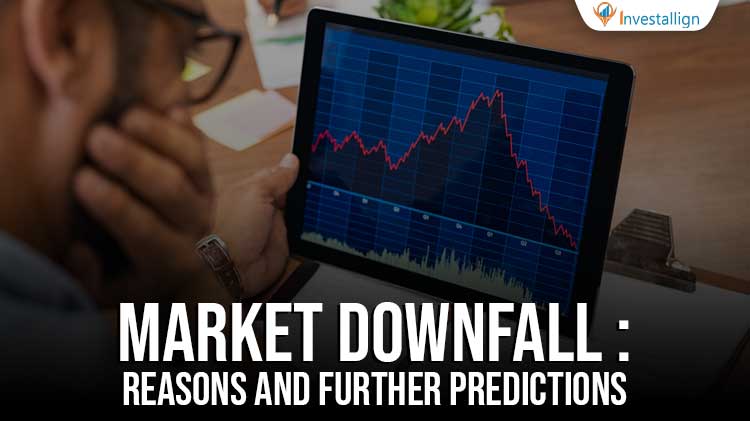 Indian markets are constantly drowning from the gains of previous bull runs. Entire market is going under the grip of the bear gang again. The market is reacting to external factors on a major scale currently. Also multiple holidays together play a major role. Any trader would withdraw his or her investments from the market’s current. The reason was very simple. The Indian markets will remain shut on Thursday and Friday.

Currently with the instability in both the neighboring countries over serious political and economic issues and COVID XE variant as an added feature, one would definitely withdraw money and play safe. In the previous week we noticed a mighty fall in Nifty50. The levels of the index moved from 18000 to 17300 in just 3 days. The SGX Nifty on the day’s close indicated a level of 17300 for Nifty50. This simply means that Nifty50 is again trailing around its crucial breakout point of 17200 and 17250. If the levels get broken down then we can expect a downfall till 16800 levels.

However the majority reason for the market fall is just mere panic from the external factors. The Indian economy is functioning fine but due to further forecasts about India’s performance and the problems around, people are afraid to put their money inside the market for a long time. This is the only reason why such a slow fall is noticed in the index valuation.

The performance given by the top Nifty50 stocks has been very bad in the previous weeks. Reliance, TCS etc. have been slow on their recovery mode. The only obstacle in the way of market freefall are banking stocks. The Bank Nifty has been slow on losing its gains which has become one of the major reasons for market stability in current times. One can definitely expect a reversal in a short time period. However the only fear is the market trend. Currently all the midcap and small caps have been gaining momentum which is a bad sign because in any good market one can expect the blue chips and large cap stocks to advance well.

The reversal chances become difficult as given market history whenever the midcaps and small caps perform it is considered as the last sign of a bull rally. This means that history persists a sharp fall in Nifty50 in a short time. But if we look at the market momentum we expect a reversal very soon. Hence this would be a deciding factor whether the volumes returning from FII would beat the historical data present in front of us.

The major reason behind the downfall is the Sri Lankan default in payments. The country has declared that it does not have any money. It has defaulted in its payments which has become a global crisis and specifically affected India. The reason is India trades a high amount of commodities and services with Sri Lanka. The country’s poor political performance has landed it inside a deep hole of debt. The country’s foreign reserves are not enough to fulfil its payments towards the debts. The reason is its expenditure on commodities and services is more than its income. On the other hand it also has a trade deficit every year because it imports more goods and services than it exports the same. Thus a crisis was resulting affecting multiple nations across the globe.

Alongside this the political unrest in Pakistan is causing tensions for another war. The change of PM in Pakistan on a no confidence vote has caused a conflict inside the political parties and hence causing higher instability. Currently Shehbaz Sharif has been elected the new Prime Minister of Pakistan after Imran Khan’s defeat.

All such global crises exist amidst the Ukrainian and Russian Crisis. Whereas on another hand we have China and its XE Variant of COVID spreading across the world. The Chinese government has locked its major 3 provinces due to the spread of the virus. The Indian markets are reacting to all such factors at one time. Thus one can expect the markets under huge selling pressure. Under all such circumstances the Indian markets suffered a holiday week with Thursday and Friday having no trading days. So volume has been dripping due to increased risk factor in the Indian Markets.

The Indian markets will definitely rebound soon. One can expect the reversal above the 18600 levels within the next 3 to 4 months. By the end of this year many analysts have predicted the Nifty50 to cross 20000 Levels soon. With all such targets in mind, the Nifty50 is currently trailing near the bear zone. The Nifty50 can definitely go below the current support levels but this is just for a short term basis. In larger picture one can definitely expect higher gains for Indian markets and Indian indices.