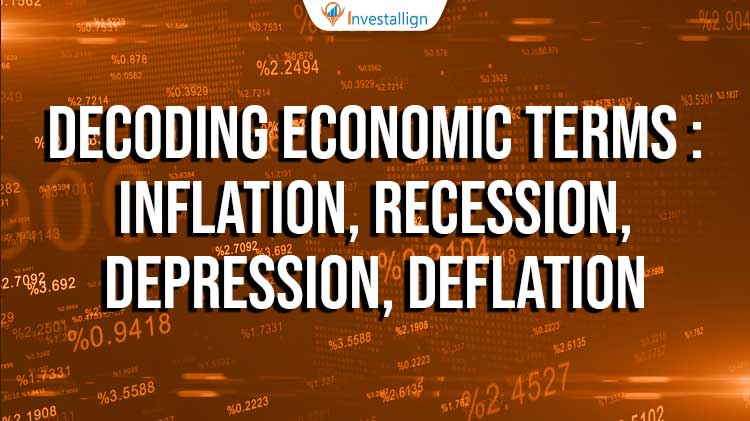 Economy experiences either inflation, recession, depression, deflation, stagflation at some point in the long run based on the events occurring domestically and around the globe. The effects of all these terms are not at all limited to one domain or region. These effects, though limited to one region, later on pass the same to the entire world. For instance one can think of the Russia and Ukraine crisis. The effects of the war are currently noticed in the entire world. The world is suffering from heavy inflation. The rate hike is the outcome of this situation.

The reference of inflation can be made directly with the purchasing power theory. When the purchasing power of a citizen decreases the inflation rate in that particular country is said to be increasing. In other words the prices of goods and services. On the other hand the income of people does not increase in the same proportion. The income increases in a much lower proportion. Hence the demand for goods and services remains the same but people tend to spend more given the price rise. This decreases the savings in an economy and hence investments also decrease. In layman language higher inflation causes the economy to derail from its ongoing track and creates an imbalance situation.

Inflation is referred to as a positive and negative impact both. The version entirely depends on the situation. With a consistent and steady inflation over years the prices of assets grow and this gives the investors benefits over time. Also many nations keep their entire year’s fiscal deficit to encourage inflation over the long run. This gives them more scope for expansion and development.

The reason is when the prices increase people tend to work more to earn more and maintain their standard of living. Hence Steady inflation is good for the growth of any economy. However on the other hand inflation rises suddenly due to multiple global reasons it needs to be put under control. As mentioned above given the current scenario the government is trying to control information by increasing the interest rates.

It is a stage of fear for every economy. The decline in the business activities of a nation for two consecutive quarters is termed as recession. In other words one can say it determines that the country is not advancing ahead. On the contrary it is facing a sharp decline in economic activities leading towards heavy losses in the end. In such a situation the resources cannot be used at optimum level. Also a heavy unemployment rate is seen in such times.

The situation persisting from recession is always temporary but it has a very long lasting impact on the economy. To simplify the term, if we look from the point of view of a company, recession is a part of the business cycle. Every business reaches its peak level at some point of time and then it needs to reinvest its resources to expand ahead. This stage is known as recession when no further growth can be achieved. Such a situation not only happens on extreme advancement but is also created through other reasons. Some of them might be Government policy changes, Technological failures, Sudden natural calamity, slow or negative production etc.

It is an extreme stage of recession. It lasts for more than 3 years and even more. Depression is a sudden downturn in the economy. The measurement unit of it is a 10% decline in GDP in any year. They are rare to find in the economy but when it resets itself it becomes extremely deficit to get out of it. Depression creates severe unemployment, bankruptcies, Bear markets etc.

The most recent example of Depression is the 2008 Financial crisis. The situation shook the entire world financial system.

The term deflation is a complete opposite of what Inflation is. It has created various concerns for economists over the period of time. In case of deflation the prices of goods and services decrease. This means that the purchasing power of consumers increases and hence the spending from their end also increases. But it also rogers the prices of Capital, labour, goods and services to fall. Hence deflation may benefit consumers but in the long run it is not at all good for the economy. The interest rate decreases in this period of time.

Mentioning the ongoing scenario the markets are reacting in a very haphazard way. The inflation figures posted by the USA for May month suggest that the Fed is definitely going to raise interest rates in the near future. This has triggered a sell off situation. However one has to go through such a phase given the world crisis. When the inflation rate comes down things will be getting back to normal. This will make the equity indices to get back to the all time high levels again.