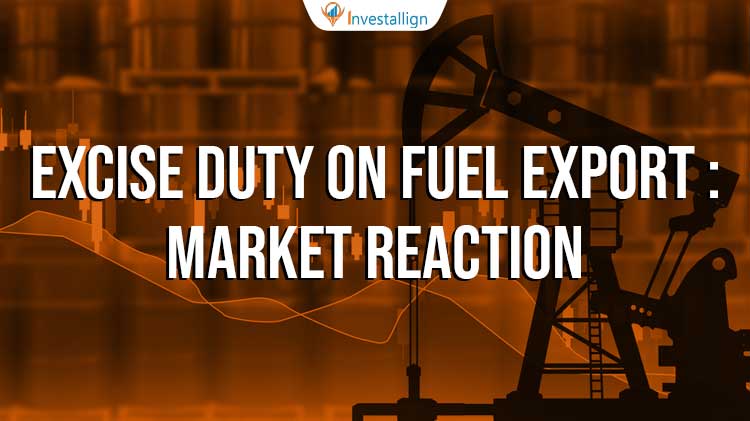 Indian Government has been always supportive to the domestic and local business rather than international trade. The government always puts the country first before the profits. This is the reason why multiple businesses do not prefer India as its business home. In the USA or many other nations the businesses are given utmost importance and treated very delicate manner. No move is ever made to affect the business cycle of any sector. However India has a history of tampering with its rules to make the businesses pay for their extra earnings in some way or another. Recently there has been a lot of tension across the globe due to the Russia and Ukraine War.

The war situation has caused multiple disruptions in global trade cycles. This has caused the prices of precious metals like gold and important resources like crude oil to rise in global trends. The war has resulted in multiple nations like the USA or U.K. to become involved in a bond where they won’t buy Russian Oil given the move made by Russia. However the move is shaking the Russian economy currently, it is also causing huge damage to the entire world.

The reason is Russia is 2nd in exporting crude to the world. The sudden stop of crude buying from Russia will result in a shortage against the supply. This will make the process of Crude oil to definitely rise with time. The same situation persisted ahead. The value of crude oil almost touched 120$ per barrel in 2022 from 21.48$ per barrel in 2020. Thus this lets us know how much the world is affected by the crude oil supply shortage. It is important to know this context for understanding the excise duty levied by the government on crude oil exports.

An additional cess of Rs 23250 per tonnes of crude oil has been levied as well. This is done to bring down the recent incident of massive selling of crude in international markets by domestic producers. This will not be applicable to small producers of crude who produce less than 2 million barrels per year.

The major reason behind such immediate action of excise duty is the local shortage of fuels. The refineries are selling their resources directly to the international buyers to make more profits. The refineries are making approximately 70 to 75 Dollars per barrel of crude on the selling the same at 118 $ per barrel. Also due to such increased exports the local petrol pumps are getting dried up. Many pumps have been witnessing shortage cases in Rajasthan, Gujarat, Maharashtra, Madhya Pradesh etc. The states are drying out from the petroleum products and the exports are rising on the other hand. Hence to bring back a balance on this equilibrium the move has been made,

Following this move the market panicked heavily for the oil and gas segment companies. The markets were gonna crash on such an announcement , the bank Nifty came to rescue to balance the market fall. Reliance the mammoth of Indian stock markets fell for more than 7% on one single day. Other than this, shares of Oil India panicked above 13 to 15%. Also ONGC’s shares suffered major losses. Thus, the markets have been very volatile given this announcement.

Not only this, the markets have been very volatile for a long time. The Nifty50 has come down to 1588 from 18600 level in the last few months. This means the value loss of markets has already been in place. Not only that due to multiple such news the markets have been panicking every now and then. However one should not think like that and keep buying at dips to maintain the average of buying price.

If anyone asked this question earlier than the answer would be definitely yes and invest as much as you can. However in current times the petrol usage will be on decline in the recent years. This means that the electric vehicles will plough more on roads in recent tim4s. Thus one should definitely average his or her investments but should also consider investing into other sectors of electric vehicles. The reason is this would be the future of the Indian automobile industry.