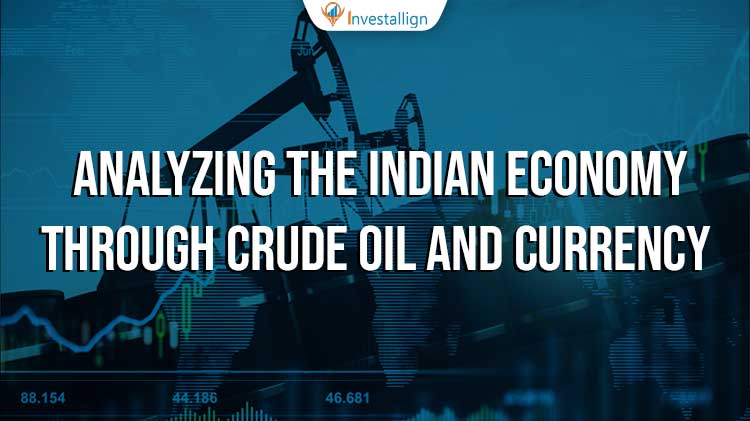 Indian Markets are one of the worst performing markets in the month of May. This is the reason why the ranking of Indian from the top performers across the world fell to number 3. The indices have lost major valuations given the FII money pull out and the Inflation trends. Hence the entire market is under constant pressure from the FII. The world market is also suffering from the same situation. The entire reason behind this scenario is the world’s fear of the economy moving towards recession. This is repeated a lot of times but yet it has to be mentioned that inflation is at its highs and the economies are worried that it would slow down the entire process of growth.

The reason behind the rate hikes is to bring down the prices as soon as possible and normalise the entire supply chain. However this cannot be possible without a price decade in Crude Oil. The entire world reacts to crude oil prices and hence one cannot expect the prices to come drastically down without any notable decrease in Crude Oil Prices.

The reason why crude oil prices are so important is the usage of crude oil. The products used for daily use or in every sector somewhere have their origins from Crude Oil. Hence the economy depends very much on the valuation changes in Crude Oil.

The Indian currency has been at its all time lows recently. The current valuation of Rupee is 78.66. This has been the worst valuations for the same. Some analysts also predict that the rupee can be witnessing its all time highs above the level of 81. Thus the valuation of the Indian currency is getting seriously hit. The changes in currency valuations are directly connected to crude oil. The crude oil prices have been above 100 dollars per barrel for a long time now. The current situation says that if the valuations stay above 95 dollars per barrels then the Indian rupee is going to be more and more deteriorating in valuations.

The reason behind such a high value loss is the crude oil imbalance in the world. Multiple economies have now banned crude oil imports from Russia. The Russian crude is facing demand shortages and the supply for the same is very huge. If we notice closely, the Russian Crude is second largest in exports after Saudi Arabia. This will mean a huge shortage of crude oil in the world. Economies like the USA, U.K., etc have banned the usage of Russian Oil. Hence the demand for crude is currently very high against the supply possible.

The currency value loss is one of the reasons why Indians have started importing crude from  Russia. India is the third largest crude oil importer in the world. The Indian government has been rapidly importing crude from Russia. The current reports suggest that the crude oil imports from Russia have increased by 50 times. The current import accounts for 10% of the entire imported quality. This will mean more crude available to the world. Hence the crude prices can get a little balance due to the Indian import shifts.

The FPI have been the net sellers for this year around. Till now they have already sold more than 45000 Crore Rs of investments from the Indian domain. This figure is assumed to touch 210000 Crore Rs by the end of this year. Hence on one side the investments from India are vanishing which means the growth would slow down. On the other hand the crude prices have been up and being a net crude importer the Indian currency fluctuates based on Crude Pricings. The studies show that the Rupee will stay low only till the Crude prices get below 95 Dollars per barrel.

However changes have been noticed in the crude oil prices in recent trends. The prices have come down to 102.32 Dollars from the recent highs of 123.70$. The lowest price of crude in recent times is 99 Dollars per barrel. Hence a pricing of crude below 95 Dollars would mean the economy getting out of this inflation and recession trap and functioning normally again.

If we carefully notice then the prices of various goods and services have already started reacting to the interest rate hikes. The central banks are trying to retrace the high prices through increasing the interest rates of lending. This would mean putting a hold on spending and hence bringing the liquidity under control. With less demand arising than previously the prices of goods and services will automatically come down to normal in the long run.

One can only observe that this move from the government does not hurt the economy badly in the long run. There are fears of stagflation and recession to the economy in near term. The Indian equities have been not performing well and the indices are at a very low valuation. A major hit from this level means a long time for recovery from the terrible losses.