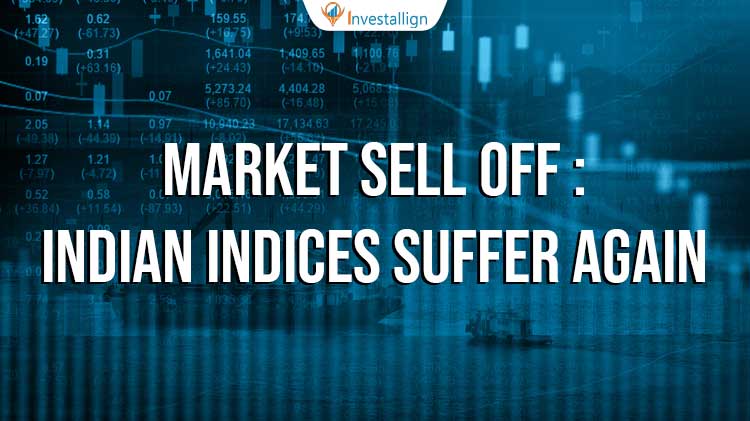 The Indian markets are currently under the bear grip given the ongoing scenario. Due to the Russia and Ukraine war situation the world is currently trapped in heavy inflation. The current pace of inflation needs to be put under control. This is the reason why the Fed and RBI are constantly hiking the rates. The markets fell suddenly due to the USA data for inflation. The data suggested that the CPI rate of the USA increased to 8.6%. This rate is at a 40 year high in the history of the USA. This has caused a situation of panic amidst the investors and traders. The inflation data suggests that it increased to more than 1% from the previous month.

All these are the after effects of the war between Ukraine and Russia. The prices of multiple goods and services have increased by more than 10%. This has caused the purchasing power of the citizens to suffer. The recent data is an indication that the economy may move towards Recession. However such a situation is not possible given the Government’s rapid steps to follow up on the inflation rate.

The rising rate of inflation has pressured the central bank to increase the lending rates. This has caused the rates of all types of loan to increase by 0.9%. The reason is the 50 bps and 40 bps rate hike in subsequent Monetary policy announcements. While these steps are necessary for the economy, the businesses will suffer heavily due to the same. The reason is very simple, the profit margins of the businesses that have already become thinner are now bound to get even less.

The costs of all the goods and services have increased. This has given the companies and others a choice but to increase their margins. However the increase has not been in pace with the price cruise. The prices 0pf many raw materials such as cloth or raw cotton have increased by almost 30 to 40%. On the other hand the prices of packaging materials or transportation have increased by almost 20%. Thus all such costs hamper the annual production costs. This has forced all the businesses to increase their product costs. However the businesses have failed to incur the same. The reason is inflation.

If the goods and services become costly now then the spending power of cities that has already gone down will deteriorate further. This will give rise to less consumption from the consumer end and hence together the situation for the businesses even more. With this situation into effect the loan rates are going high which will mean more interest payments. Thus the rate hike is the worst nightmare for all the business houses. Hence this will mean even less profit margin then they were used to having before.

The investors know the above situation very well which is the prime reason for them to withdraw money from the market. It is definitely expected that the results of the next quarter are not going to be as satisfactory as people expect. Hence this will mean the share valuations will be diminishing in near term. However the long term investors are not going to decrease their portfolio but average out their share prices as and when a dip is experienced. But the FII are not at all interested in Indian markets currently. They have been the major sellers since multiple sessions in the Indian markets.

The investments of all the people are now moving towards safe assets or getting ploughed back into businesses. The reason being the rate hike from RBI. However one can expect the situation to get normalised at the time of Diwali. The reason is the extreme spending scenario.

However the FII will solemnly return to Indian markets as the further infrastructure development plans of the Indian government suggest solid MNC investments in India. Also the FII always buy the stocks after they get bottomed out. This is another chance for them to pick up the stocks at lower valuations and make a fortune.

The important levels in the current market trend will be 15650 levels. This is one of the most crucial levels as it pushed the Nifty50 previously towards 16500 levels. However one can expect a rapid fall towards 15200 levels if these levels break down. On the Upside the most crucial level will be 16200. Following this the next level of resistance will be 16700. Hence the Nifty is a very crucial range currently. The flow by the end of this week will determine whether the markets will fly again towards the 18600 levels or not. However looking at the current situation it is quite clear that it will take a lot of time for thinkers to recover again. One can only dream of the markets to go above the 17800 levels post Diwali this year if the current scenario persists for a long time.