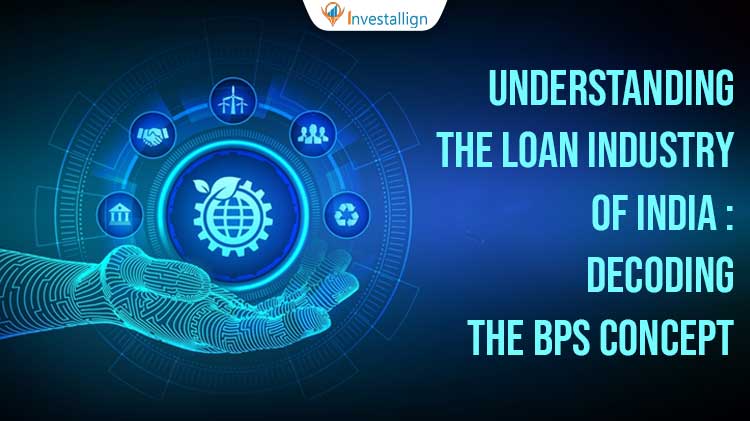 The Indian lending system has a volume of 156.9 Lakh Crore Rs by the end of March 2021. The Indian Statistics suggest a very huge opportunity in the loan segment which is constantly growing. There have been various modes of disbursements emerged in the past few years. All this provides solid proof that the Indian lending market is pretty huge. The loans in Indian Domain are classified under two categories :- Secured Loans and Unsecured Loans. The secured loans are issued after a property is put as collateral against the loan. On the other hand in unsecured loans nothing is put up as collateral.

The credit landscape of India is diversified under Personal Loan, Credit cards, Consumer Durable Loans, Home loans, Commercial vehicle loans, Auto Loans, Business loans and many more. There are loans available for every kind of activity nowadays. However all the above mentioned types come under Retail Lending. There are two other tranches of the India Credit landscape which are Commercial MSME loans and Microfinance Loans.

New concepts of loans are nowadays getting evolved which include providing the credit for the smallest purpose of buying seeds for farming to running an entire business empire. This is the level of diversification available in the credit market. There are multiple institutions other than banks who are also involved in such credit providing facilities. They are Bajaj Finance, Paytm etc. These companies also provide loans though they are not included in the banking category.

Interest rates are the most important driving factor of any given credit facility. The loans are available at different interest rates in accordance to the risks associated, purpose and many more reasons. Hence the interest rates are different for various kinds of loans. However the rise in rates is uniform which is done by the RBI.

Recently the markets went through a bloodshed after RBI announced that it is going to increase the interest rates by 0.40 BPS. This means that the borrowings of banks from RBI will increase by 0.40 BPS. This will have a direct effect on the lending policies of the entire banking system. The step was taken in order to tackle the rising inflation. Thus the BPS system holds a very important part in the lending mechanism.

BPS or Basis Points is a common unit used to measure the interest rates in the financial sector. To define its valuation, one Basis Point is equal to 1/100th of 1%. In other words it mentions a change of 0.01% in the interest rates. For instance let’s consider the recent rate hike. The 0.40 Basis points hike means that the rates would increase by 0.40%. This means that the repo rate which was previously recorded at 4% will now change to 4.40%.

The theory is a mode of expressing the base move between two percentage levels. When the interest rates were trailing at 4% and the latest rates being 4.4%, the difference or movement between both the rates is 0.40%. Thus BPS is a measure to indicate the same. Many major terms and financial notations are referred to with BPS. The changes in interest rates of banking system, equity indices, bonds, yield of fixed income security etc. are refereed with Basis Points concept. Though being a small and simple concept it holds a major position in the financial system.

The Indian Loan Industry has been projected with some marvelous targets in the days coming forward. It is expected that the loans industry of India will increase by almost 1.5 times in the next 3 years. This would be possible because of the rapid increase in production facilities across the Indian domain. Also multiple foreign companies are trying to set up their production plants in India due to cheap labour and an alternative mode of investment from China. Thus the Indian production Industry is on the rise.

Also under the Make in India movement multiple startups are getting funded with the Indian Venture capitalists group and also domestic Angel investors. This has a direct impact on the loans borrowed from banks. The reason is for funding the startups through the capitalist and actors use their own money but in some way or other the companies have to reach out to banks for getting an additional sum of money or for funding rounds.

Nowadays banks themselves are funding various startups to earn money by becoming an early bird to growth opportunities. Hence one can only expect the loans industry of India to grow ahead with the Electric vehicles industry on the rise and digital loans disbursement system becoming a trusted mode of lending.