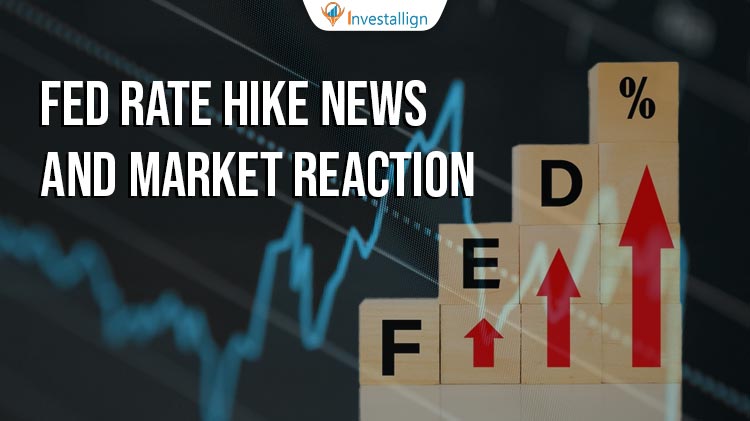 The markets all around the globe have been extremely volatile since a while. However the Fed rate declaration is such an effect that creates huge ups and downs in the world markets and this has been in effect since a long time. In such a situation where the U.S. economy is feared to suffer recession, this event holds even more importance. Even a slightest lower interest rate hike or vice versa can give a huge movement to the global indices. The reason behind the same is the U.S. casts its economic effects on the entire world. This is because of the various ways by which the U.S. government has been dominating the world.

Whether an economy wants its system to get affected by the U.S. decisions or not is completely beyond their control. The FII and FDI investments in their countries are dependent on the decisions made by Fed and other policy changes. This means that the penetration in the economy from the FII affects the entire market flow and this is why Indian markets are currently suffering from the Fed rate hike event.

The Indian stock market was well placed to continue its upside rally a week before. The reason was strong movement in the Banking stocks and the FII fueling the markets with money. However due to the Fed rate hike date coming closer the FII pulled out their money and even the traders were feared of a huge market fall. A huge fall did not come into effect, however the markets lost their momentum again and the Nifty50 is stuck in the range of 17500 to 17700 levels. The current Nifty50 levels suggest that the markets will go up to 17350 levels if they break 17500 and they can also go to 17850 levels if they break the 17700 hurdle.

The major obstacle that the Indian indices are falling for their growth is the Technology Sector. The Tech Companies are near their 52 week lows and the reason is because they have their major clients based in the U.S. and Europe. Thus any effect in these candies will have a direct effect on their business. The U.S. economy is currently on the verge of facing a recession and this is why the tech Companies are facing a daily sell off and their valuation are near the 52 week lows. Also the tech companies have a holding of 12.38% in the Nifty 50 index.

So the Nifty50 not crossing the 18000 range with a major momentum is because of these tech companies. The fed rate hike would affect the lending rate of the U.S. banks and hence the business spending would reduce from the U.S. companies. Thai would have a direct effect on the Tech Business in that location.

The Indian markets reacted well to the 75 basis points hike from the Fed. Under normal circumstances such a huge rate hike would mean the markets will be completely trailing in a huge red zone. However the Nifty50 and Bank Nifty reacted less than 1% and1.5% respectively. This means that the Nifty50 is stabilized currently until the next Fed rate hike or the RBI increasing the rates again. With such a movement one can be assured that the markets won’t go below the 17000 range until there is a huge news that forces the markets to break every support level.

However until the entire momentum is turned bullish again the markets won’t be able to cross the all time highs as well. One can expect a movement above 18000 but that could again take some more time. The reason is, Fed’s announcement of a constant 75 basis points hike in every meeting or even more hike until the end of this year. So every time the Fed announces the rate hike, the markets would suffer.

Not only the stock market but the currency of India is also suffering due to the constant rate hikes. With the rate hike INR or Indian Rupee went down by 90 paisa. This means that the Rupee is now at an all time low of 80.86 Rupee per dollar.

On one side where the Indian Finance Minister has assured the people of India that the country will not go into recession, U.K.’s economy is already suffering from recession. The U.S. is close to getting affected from recession. This has been one of the major reasons why the FII and FDI investments are constantly returning to the Indian markets in a timely manner. One can expect a steady growth in the upcoming time in the Indian stock markets. The major bets are placed on the Indian Financial Sector as it holds more than 39.47% weightage in the Nifty50.