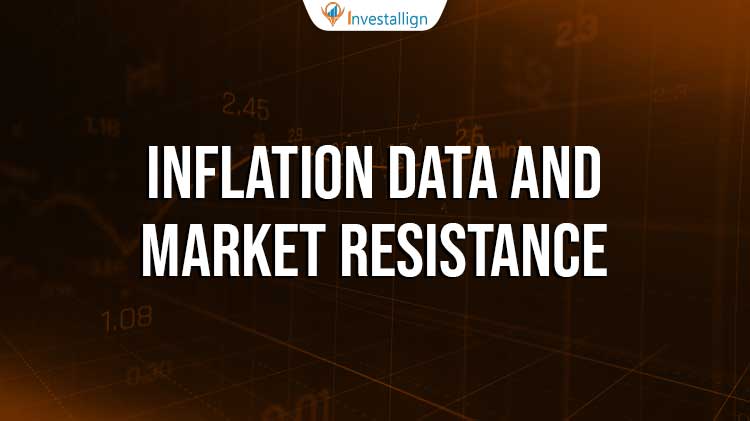 Indian markets were set to form a heavy bullish pattern on Dalal Street this week. The markets were showing positive signs and every sector including technology was booming heavily. However when the inflation data figures came out the market showed heavy resistance to go above its highs and came down to the mid levels. In other words the resistance of Sensex and Nifty50 cannot be broken due to the heavy selling by investors and traders given the bad inflation figures. This means that the inflation rate is not improving as per pan. This directs to the interest rate phenomenon. Yes, this means that the Fed And RBI will closely alter the interest rates to bring down the rate of inflation soon. The steps taken by both the organizations are working but not at the pace that was targeted.

This move came in after the market sentiment was completely shifted towards a bullish move. Hence the market retraced itself from the highs and is now indicating a downside given the panic on Dalal Street.

How Should One React in Such Situation ?

When suggested then definitely the news is not at all good for the entire market. The markets will be moving in a downward direction but this will only happen for a while. On the other hand it is pretty clear that the markets will move upwards in the long term. The reason behind the same is Indian markets are the best performing markets even in this situation of rumored recession and financial crisis. To display the irony of the Indian economy, the finance and banking sector is the best performing sector in these times. This means that the world feels safe to invest their money into the Indian financial system and the U.S. markets are assumed to suffer recession.

The Financial Minister of India also declared in her latest interview that the Indian economy will not suffer recession by any means. This directly indicates that the markets are going to boost upwards in the short term. This news is just like a short term friction for market momentum.

The only segment that one needs to look up to is the Finance and Banking sector in current times. This sector is booming like it never has in current times. Even when the Nifty50 and Sensex are trailing in red zones, the Bank Nifty has managed somehow to give positive returns at the end of the day’s session. Thus the Banking and Finance Segment is the savior in these times.

The day when the inflation figures kicked in the I.T. stocks were the major losers. This indicates a direct opportunity for the investors to pick up the bleeding I.T. companies. The I.T. sector is however the heart of the Indian Indices and hence it will come up in one of the other ways soon enough.

The Resistance and Indices

In Indian markets there is a heavy resistance seen around the 18100 to 18200 zone. The futures of Indian Nifty50 or SGX Nifty are showing heavy resistance in these zones. On the other hand the Nifty50 is still struggling to go above the 18100 levels. In such resistance bearing zones the push for the finance segment is not enough to lift the Indian Indices. This means the I.T. sector needs to come back on track to finally push the indices above the resistance zones.

Thus the entire momentum of the world markets is affecting the Dalal street to gain the momentum. However one positive sign is the Indian markets are having the power to turn positive amidst such panic news. This means that the FII are pouring huge sums of money into the Indian markets. Also it is clear where they are putting their money in. It is the Finance and Banking sector in India. It could be seen even in today’s session (15th sept.) as Bank Nifty was having a good run for 700 points in upward direction. However at the end of the day the index ended in red after a long time suffering for a minor loss of 200 points at the day’s end.