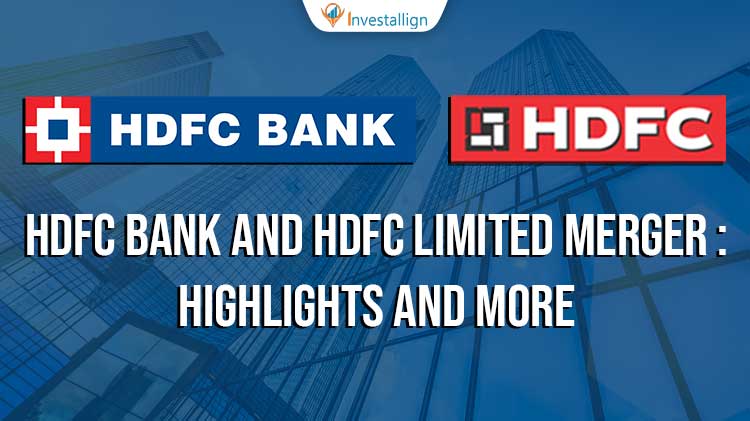 HDFC Bank is the largest private segment bank in India. It is a subsidiary of HDFC who holds 26.14% shares in the company. HDFC Bank’s headquarters are in Mumbai and it was started with a vision making the banking system in India Smooth. The Company currently serves a diversified product portfolio by offering retail banking, wholesale banking, auto loans, treasury, two wheeler loans, loans against property, lifestyle loan, credit card, consumer durable card and personal loans. It also has the ownership of Payzapp and SmartBuy under its portfolio.

The bank’s performance has not been very satisfying its share valuation is just staying bounded within one range. One of the reasons is the COVID outbreak and slow business growth. HDFC Bank is the third largest company with market capitalization comparison in Indian Markets. Similarly it is the tenth largest bank in the world with an asset comparison model. However all such milestones describe the potential and impact of HDFC Bank on the Indian economy.

HDFC on the other hand is a financial service company. It was established in 1977 and is the main or parent company among all other HDFC Group companies. This means HDFC Bank, HDFC ERGO, HDFC Life, HDFC Credila, HDFC Mutual Fund etc. lie under the portfolio of HDFC. The company is very active in Mortgage loans, Insurance and mutual fund business. The Mortgage loan segment is its forte. The reason is HDFC was started to solve the problem of housing loans. Thus the company was made in a way to facilitate the quick availability of housing loans to Indian people. The current business of HDFC is spread across idle East, Singapore, United Kingdom etc.

AS per the analysts it is a great deal given the different business specialties and weakness among both the companies. HDFC’s customer base has major mortgage customers. Out of them 70% do not use the HDFC Bank services for banking transactions. Similarly 80% of HDFC Bank’s customers do not use mortgage facilities. This raises the variability of potential customers within the same group. This means that the combined entity can get a higher amount of customer base.

One thing that triggers for the analysts is HDFC Bank’s increased pressure. However one can think of this to be the best idea for HDFC but HDFC Bank will have to bear the burden for achieving high growth rate at the same time. The merger is expected to settle down within 3 years which is a long time span. The HDFC business is very slow currently which means that the deal can add pace to its business operations. The major burden would be laid on the executives of the merged entity to increase the income from business operations in a continuous manner.

The day when the HDFC group spread the news in the market the share prices of both the companies rocketed. Other companies gained almost more than 10% of valuation in one single session. The momentum was essentially necessary for HDFC as it had hit its all time low during the Russia-Ukraine crisis. The market participants would be gifted with 42 shares of HDFC Bank if they hold 25 shares of HDFC. This was another reason why the volumes on 4th April, 2022 rocketed within both these companies.

One of the major questions that remains in the minds of analysts is how the merger would help HDFC bank to increase its market share. The entire plan and cost synergies would be followed in depth for the given merger. This could be one of the best mergers in the financial history of India. The reason is both the firms are among the top 50 companies of Indian markets. The proof is their inclusion in Nifty50 since a long time.

Mutual Fund and Other Information

One of the difficult questions would be choosing the option to opt for another company by Mutual funds. In other words most of the mutual funds hold almost 7 to 8% of shares of these two companies in their portfolio. For keeping more than 14 to 15% share in a single company would increase the risk of the mutual fund houses. Hence a second option would be searched for in the Housing finance business.

Moreover the loan book of HDFC needs to be sorted as it has home loan participants yielding low interest to the company. However the merger is set to get over all the arising problems and set a low cost CASA Deposit system.