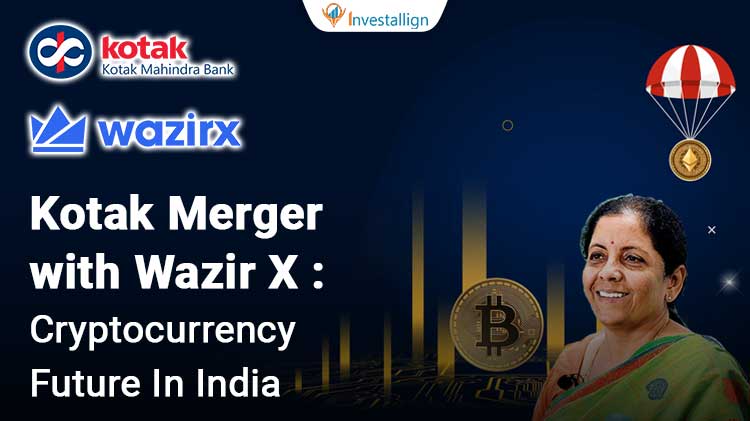 Cryptocurrency, one of the newest alternative investment categories, has gained massive popularity lately around the world and India. In the last decade, the cryptocurrency sector has evolved and kept developing itself in order to attract investors and make it easy to invest and trade for every other person. Even though this sector has been highly volatile, it has attracted a lot of people.

A large number of cryptocurrency exchanges have been launched in India to meet the needs of investors and educate everyone about the functioning and investing techniques in cryptocurrencies. The names of the top exchanges are as follows:

Recently, one of the cryptocurrencies from the above list has been in the news. WazirX is an Indian cryptocurrency exchange launched in 2018 having 7.3 million users. It currently has a volume of $275 million and in Nov,2021 it hit $38 billion trading in a year record.

On 20 May 2021, the cryptocurrency exchange app announced that one of its major payment options, INR deposits to Paytm Bank account will no longer be operational. This means that the bank transfer options like NEFT and IMPS transfer would no longer be available to its users until WazirX found a new banking partner. The users had to then use the only option left, WazirX P2P. WazirX P2P allows the users to buy and sell USDT with INR directly with other sellers and buyers. WazirX also had to close its account with ICICI Bank due to fears from the RBI as it has always been and still continues to be hesitant to allow trading of private cryptocurrencies in the Indian financial market. Thus, WazirX had to shift its business to MobiKwik, a digital wallet and payment services company.

Furthermore, other cryptocurrency apps like CoinSwitch Kuber and CoinDCX, including WazirX, have also not been able to offer UPI as a payments option to its users for adding money to in-app wallets for trading in cryptocurrencies including Bitcoin, Ethereum, Litecoin, Cardano, Dogecoin, etc. The National Payments Corporation of India, which runs the UPI real-time payments system, has refused to ban cryptocurrency transactions in India. Instead, they have asked banks to make their own guidelines with regards to transactions that involve cryptocurrencies.

Also, ICICI bank along with other large banks like HDFC bank, Axis Bank, and SBI asked its payment gateway operators to deactivate its net banking facility for merchants who were involved in buying and selling of cryptocurrencies.  SBI also disabled SBI UPI for crypto merchants even though the RBI had clarified Supreme Court has repealed its 2018 ban which prohibited the banks from supporting cryptocurrency further allowing the banks to support and engage with cryptocurrency market.

The ban has continued for eight months regarding payment freeze by the largest banks of the country. This would be overturned by Kotak Bank’s announcement of pursuing business with WazirX, one of the country’s largest crypto exchanges. WazirX opened an account with Kotak Bank which can be used to pay and receive money to investors on the exchange. Though the account is yet to become operational as the paperwork and KYC is going on, but if all goes well then Kotak Bank would facilitate paying and receiving money for the users of the cryptocurrency app. However, an official announcement is yet to come forward by either Kotak Bank or WazirX.

Kotak has become the first bank in India to open doors for cryptocurrency trading. It has decided to open an account with WazirX. This decision is coming amid the government’s intention to ban cryptocurrency but wants to regulate it. Fearing a ban on their digital assets, most major banks had ceased to provide payment gateways to cryptocurrency trading platforms. Also, the RBI has repeatedly been expressing its concerns over the consequences cryptocurrency would have on the existing financial system.

Though crypto market is still very small and growing at a rapid pace compared to the market of other financial assets in the country. If it works properly then cryptocurrencies could emerge as a new and growing asset class. Kotak, betting on the possibility, has become the first major bank to offer support to one of India’s largest cryptocurrency exchanges.

The RBI, which has always been an opposer of cryptocurrency in India and raised concerns about the increasing amount of wealth being put into crypto-trading in India, recently opened a dedicated department meant to oversee the new challenges arising in the fintech industry. The department will create regulations for cryptocurrency and its upcoming central bank digital currency (CBDCs). It further stated that the bank is working on two kinds of CBDCs — wholesale and retail. Also the new department will be with overseeing their development. The department will run under Ajay Kumar Choudhary, who is currently the chief general manager of the RBI. Thus, the RBI is taking steps to regulate and support the fastest growing alternative investment market in India.