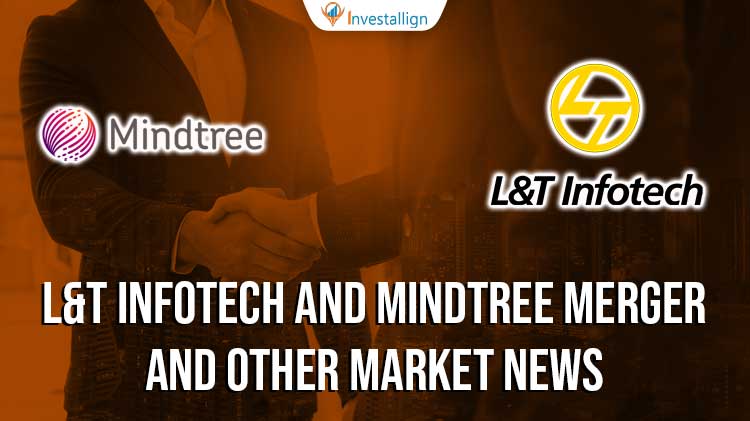 Larsen and Turbo has recently bought a major stake in the I.T company Mindtree. This was a planned move taking in mind the future of L&T Infotech. Through this buying Larsen and Toubro planned a merger of L&T Infotech and Mindtree. The merger announcement was recently made and the merged entity would be called LTIMindtree. The merger is expected to be done by the end of December. However until then both the companies will continue working as individual firms. The mega merger presented will make the firm’s revenue go above 3.5 Billion dollars The Mindtree shareholders as part of the merger will be getting 73 L&T Infotech shares for every 100 shares owned. The parent company L&T would hold 68.7% of stake in the entity. Thus the stake acquisition in Mindtree in 2019 was planned for a successful merger of L&T Infotech and Mindtree.

This would make the Indian technology sector face a major competition crisis given the combined resources of both the entities. Already during this time the technology sector is under huge pressure due to the world economic situation. The companies are not able to generate estimated revenues or get major business figures boost and amidst this the merger will make it harder for the Indian companies to stand the competition. However on the brighter side the Indian Tech Sector will experience a good set of companies ready to take the Information Technology sector to a next level.

Other Information of Merger

With the existing employee base L&T Infotech is already planning to expand itself and make an employee hike of 4000 to 5000 people. This would be done in the newly opened centre at Kolkata. The merger move is to make the position strong in the BFSI sector. Also alongside this the company aims to strong arm the high-tech and consumer packaged goods, retail business and expand into travel and transport businesses as well.

For this plan the company has recently received a nod from the shareholders and this would make the company the 5th largest I.T company in Indian markets. The board assumes that the combined entity would generate more than 5 billion dollars of revenue by the end of 2023. The merger proceedings have begun from 14th November already. With the merger being set up Mindtree will be delisted from the Stock exchange and as per explained above the Mindtree shareholders will get a stake of 73 shares per 100 shares of Mindtree in L&T Infotech.

Currently the Indian I.T sector has been performing well though it has faced all the major losses in the past. The major I.T firm TCS has posted stellar returns in the past 2 weeks. The company has been able to progress its way from the all time low towards 3400 valuation in a very short time. Similarly Infosys has also progressed from 1500 price range to 1650 price levels. However Wipro is seen losing some momentum due to the poor results posted in the previous quarter, But overall the I.T sector looks good further. The major reason behind this is SGX Nifty has crossed the all time high of 18600 levels in today’s market session. Also the Nifty50 has been above the 52 week high and this is giving the market participants a huge boost in confidence on the Indian markets.

Also if we see then all the sectors have performed well to bring Nifty back on track and the only one left out is the Information Technology sector. So if the sector performs well in the upcoming quarter we can see Nifty crossing the 18600 and then 19000 levels very soon. Also the FII have been bullish on the Indian markets as noticed by the constant investments coming from them. Hence one can be sure that if the I.T. sector outperforms when we can witness a huge bull rally in the Indian Stock market.