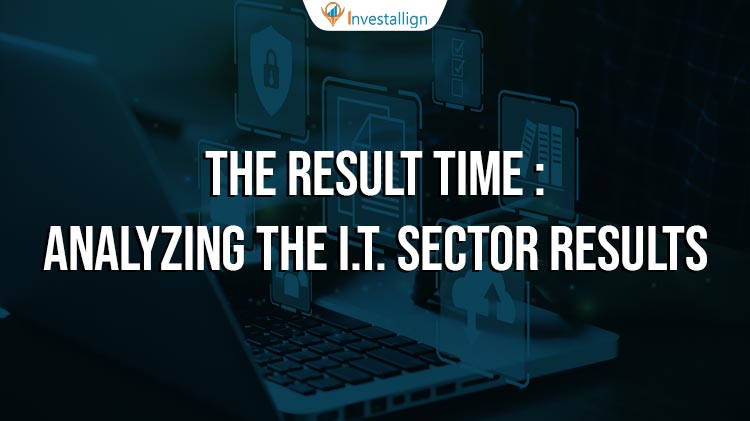 As per Wipro every market is growing and there is no stoppage in spending. The deal pipeline is one of the major reasons why Wipro is bagging heavily on its next quarter results. One of the biggest deals that the company has been in the pipeline is 1.1 billion dollars. It has also doubled its 100 million dollars client list. The rise in the same is approx. 20% from 10%. Hence the company looks extremely strong in the further quarter.

Tata Consultancy Services is the best market capitalised company in Indian I.T. segment. The results for the firm were not good for this quarter as well. The future insights from the board show that the company has multiple big projects in the pipeline and the further economic outputs are not going to affect its quarterly results. For more detailed review on the company’s performance and analysis visit TCS Results.

It is one of the most dampened stocks in current times. The company has achieved its 52 week low levels during the bear run. The share has a 52 week low of 877 Rs in last month itself. This was the result of various factors including the market slowdown. The results of the company suggest a 11% rise in revenue, 5.15% rise in Earning before interest and taxation. However the Profit after tax is just 0.22% up from the industry average and its average of 5 years quarterly results.

The current share price for the company shows 928 Rs on the BSE and NSE index.

The biggest update from Infosys is its growth average. The company revised the same from 13% to 16%. This means that the investors can expect a hefty return from the share in further time periods. Amid the uncertainties prevailing in the market the growth is expected to be good in the upcoming quarters. The markets are reacting in favour of the company. Also the deals in its pipeline are indicating a major upside for the next quarterly results.

The deals for the company have been growing from the US and European region. Also the deals in the pipeline are increasing and those too averaging above 50 million dollars in size. The major demands are noticed in digital transformation and cost & efficiency based projects. The margin guidance for the company is close to 20% and it is going to be the same for the further time to come.

The company has disclosed that its EBIT would be above 14% for the next quarter. The margin for the EBIT was 11% which was the lowest for the firm. This time around will be more than 14%. The company also suffered due to the recent crisis but has managed to win contracts of 800 million dollars. Tech Mahindra has put forward a del closure of 4 billion dollars by the end of this financial year. This is a major commitment by the board to the investors and the company is also positive in this regard.

The analysis of all the companies display that the current quarterly results were very low and are gonna be improved in the next quarter. The reasons stated by almost all the firms are the deals in the pipeline and the U-Turn experienced in demand and increased margin in EBIT as well.