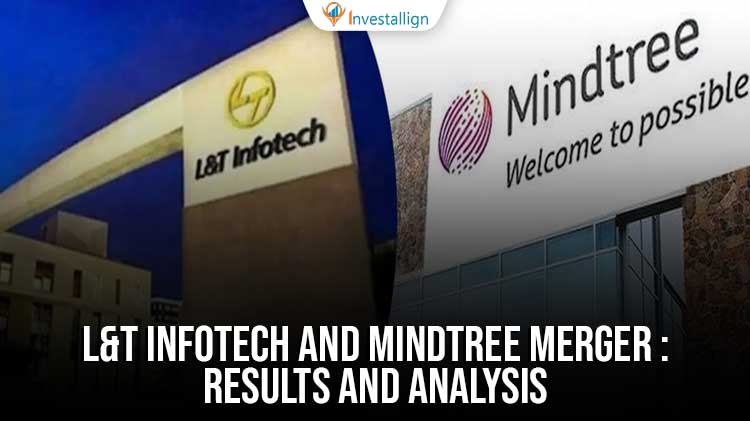 Larsen has been under news recently due to its two firms listed under a merger column named as L&T Infotech and Mindtree. Larsen is also under news due to its recent order wins for water and affluent business. The same is to be done for various towns in Tanzania. The project is going to be funded by EXIM bank. The merger news has been into major focus given the estimated new valuation of the merged entity at 22 billion dollars.

Larsen and Tourbo and Merger

Larsen and Toubro is one of the leading engineering firms in India. The company owns two tech companies namely Mindtree and L&T Infotech. The acquisition of Mindtree was done recently in 2019. L&T started its technology company with the name L&T Infotech in 1999. Larsen and Tourbo own 74% stake in L&T Infotech Limited. On the other hand the company owns nearly 61% stake in it. Both these entities are multi billion dollars in valuation. Currently Mindtree is worth somewhere around 8.3 Billion Dollars and L&T Infotech is worth near the range of 13.6 Billion Dollars.

The companies were recently asked whether they are planning to merge or making a decision about the same. In that interview the board of the companies declined it as a speculative news. The board indirectly aimed for a merger but said that there is nothing currently that needs to be disclosed to SEBI.

L&T Infotech is currently trading at 5472 Rs per share. It was down by 6.8% on 19th April’s trading day. The share is under pressure due to the effect on the IT segment together. TCS, Infosys, Wipro etc. all are under massive selling pressure from FIIs. Discussing the results this quarter, L&T Infotech’s revenue has increased by 32% than previous year’s March quarter. The company has recorded a revenue of 4300 Crore Rs from its operations. The Net profit for the firm is close to 640 Crore Rs. This is 17% more than the previous quarter results. The profit for the same was 545 Crore Rs.

One of the biggest achievements from L&T Infotech is its milestone revenue for 2 billion dollars. The company mentions that this revenue posted is its strongest revenue ever since listing. It is working to the full potential that it can. Hence the revenue boost was expected as well. The best news for shareholders is the dividend declaration. L&T Infotech has declared a dividend of 30 Rs per share. The company also disclosed that it cracked 4 mega deals this quarter which amount to 80 Million Dollars currently.

Currently Mindtree shares are trading at 3635 Rs per share. The valuation of the share is 8% down from its day open on 19th April, 2022. The company has reported a robust increase of 49% in its Net Profit. Yes the company’s prft has increased from 317 Crore Rs to 473 Crore Rs when compared with previous year’s march quarter. The revenue from the operations stand at almost 2900 Crore Rs. This is also 37% more than previous year’s March Quarter. The revenue for the same was 2109 Crore Rs.

Mindtree has announced a dividend of 27 Rs per share. The company is also focused on its current strategy of diversifying its service portfolio. The reason is its rise in revenues close to 31.1%. The EBIT for the firm is 549 Crore Rs. However, its margins have decreased by 18.9% this time.

Post COVID Crisis the entire segment for online business has changed. This has increased the outsourcing business of tech companies. Alongside this business has expanded into Automaton, cybersecurity and machine learning support, etc. This would increase the competition as more firms are getting involved in the business. However the merger would assist the merged entity to lower its cost, compete with the participants and expand the business. Also as per the analysts the merged entity would be worth more than 22 Billion Dollars. This would be a tremendous increase in the company’s market share and market penetration.