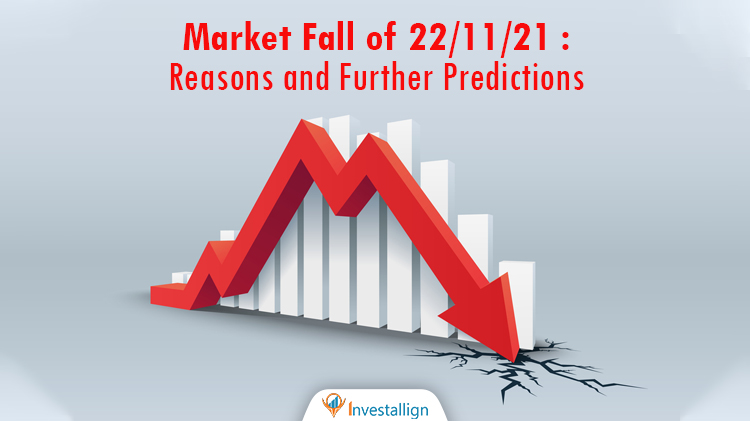 The Indian Stock Markets have been very volatile lately. The Nifty50 has dragged more than 1000 Points from its high in the last month. There are multiple reasons attached to the same. Alongside this the major blue chip stocks have been constantly bleeding from their all time highs. The possible theory behind this is the Overvalued zone for Indian Markets and the constant depletion from Foreign Investors. The DII and Retail investors have held their end and haven’t lost their grip from Indian markets but the recent events have made the bears hyperactive. These events include Reliance-Aramco Deal, Bajaj Brothers Losing their momentum and FII Outflows.

The Indian Stock Markets have major two pillars for their survival. They are FII and Blue Chip stocks. Sensex and Nifty is the combination of such blue chips which have been intact since years and showed constant growth and progress. The major reasons behind the fall seems the mixture of all such reasons.

Major Reasons for the Market Fall

The deal between Reliance and Saudi Aramco has been put on hold. The 15 billion dollar deal between the two giants has been cancelled. The parties have agreed mutually to value again the amount of the deal and get back on common grounds. This means that the 20% stake deal in reliance will be halted. This gave a tragic fall t0 the Reliance Valuation. The shares traded down 4% and hence eroded growth that it had in the bull rally. The shares of reliance are again available below 2500 and this has highly affected the Sensex and Nifty50 valuations as well. This has happened due to the weightage of Reliance3 in the market indexes.

Both the Bajaj Financial sector brothers lost their wealth in major numbers. Bajaj Finance was down by more than 4%. This caused the share to slide from its bull rally high of 8000 to 7000 Rs within 10 days. The last stroke was high and this happened due to over buying positions in the stocks. Also the Bajaja Brothers are one of the most progressive companies in terms of valuations and hence the FII investment in such shares was high alongwith retail capital. The erosion in Nifty50 valuation caused a panic situation which led to a sell off in these companies.

The sell off was also triggered by the Bank Nifty which was down due to the HDFC Bank, Axis Bank and ICICI Bank. These has eroded heavy amounts of valuations causing another booster to the downfall. The downfall was so huge that the markets could not survive the levels which were crucial. The most crucial level was considered at 17600 which was broken very easily. Along with this is the Tuesday Session the markets opened at 200 points gap down but ended with a 100 point lead. Thus this proves that the volatility in Indian markets is at its peak in the current situation. Also it is very difficult to judge what would be the next direction for the marketing future time period.

FII were one of the major sellers and this has happened due to the opening of opportunities in Russia, Italy and China. China has been recently declared the most richest nation in the world. This has been possible due to the manufacturing capacity of the nation. Also the opportunities have opened up post the COVID pace and enhance the growth is possible at rapid speed in such companies. Along With this Russian markets have been staying in green zones since past many sessions. The FIIs have taken away major gains in Indian markets and thus the removal of money has come in.

One interesting fact to notice is the time at which such withdrawals are done. This has been done just before the Expiry time. Thus it can be predicted that major positions from FII would not be carried forward and hence the market would be having a void of extra funds. This would result in a slow recovery of the Indian markets. The result of this would be noticed in the December end period.

Right now the markets were facing a large boom due to the result announcements and comparison with the previous quarter results. While we are enjoying the current results it should not be forgotten that the previous quarter was one of the worst times for the Indian Economy, Due to the poor health infrastructure the business in India suffered at large scale. This gave a great decrease in the Quarterly results.

The Expiry period is very near. This Thursday the roll over forth F/O positions will take place. At such low valuations it is expected that the FII will again enter the Indian markets. It was just a trick to get back into the game and benefit with heavy profits. But on the other hand if the bears have taken over then they will rise the markets but wont let it cross the important levels. Then suddenly at one point a heavy downfall will be noticed which would cause Nifty to erode its wealth again and go back to 17200 oils and even less than that. Hence all that’s left is to wait and watch. One thing is sure that a person should not get involved in heavy trading in the upcoming one week.