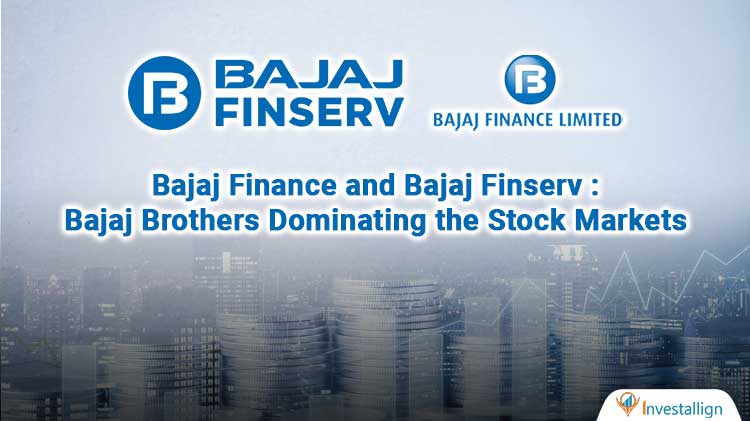 Bajaj has multiple stocks listed on the Stock exchange. Out of the entire fleet of listed companies, the most active and into the spotlight are Bajaj Finance and Bajaj Finserv. Both these are known as Bajaj brothers. They are a part of Nifty50 and form a major part of the Financial Services band under the index. These companies are generally seen having a great volatility in the open market. The companies show a movement of minimum 1.5 to 2% everyday.

Bajaj Finserv is Currently valued at Rs. 16700. The company has been able to gain almost 3000 Rs in the past 1 month. This has been possible only due to the high volatility in the stock. The other reason was the authorization to begin operations under the mutual funds segment. The company recently got permission from SEBI to initiate the mutual fund business. This means that not only Bajaj Finserv but Bajaj Finance would also benefit under the permission given the wealth management business.

Let’s discuss the price movements and main resistance and support levels the colony has. Looking at the chart we can notice that there has been a constant pattern of upside or downside whenever the rally begins in Bajaj Finserv. Currently the trend is upwards due to the immense support from Nifty50. Currently the stock is trailing at 16700 Rs.  Resistance levels for Finserv would be 17200 to 17500 Rs. On the other hand the major support level is 13975 Rs and following that 12600 Rs, However these are the far off support levels. The most recent support level will be 15460 Rs followed by 14475 Rs. Hence the stock has some closer support levels which can be broken soon if the Nifty50 collapses.

There are definitely high chances that the markets can go down due to the correction hopes. The major reason for downfall would be the profit booking and correction. The markets are right now over valued with a 1500 Points gai in the last 1 month. This also means that the markets can show high volatility in the near sessions. Hence one can always buy this share as it is the heart and soul of the profits earned by Bajaj Group. However one should trade with safety and maintain buy at dips started in the current market situation.

One of the major news awaited for this stock is regarding the banking licenses. There are rumors that the company is set to get a banking license in near future as per the recommendation of the RBI committee. However, taking up this stock is a real risk to take. It went back to 3600 Rs from where it had gone to new highs of crossing 6000 Rs. Hence it takes no time to major major gains or suffer heavy losses in this particular stock.