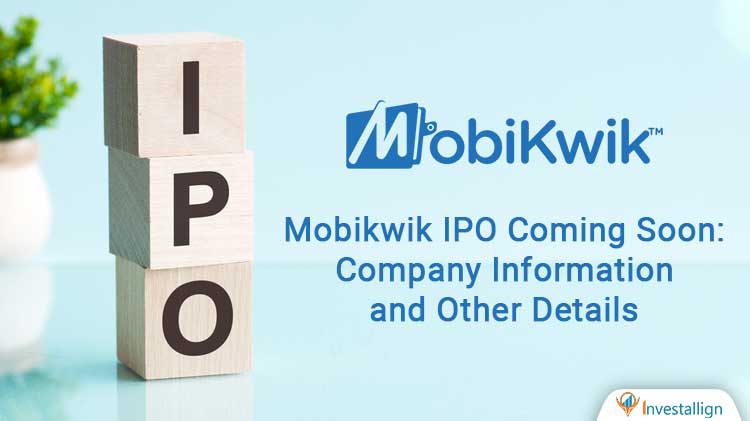 MobiKwik is a fintech company which initially dealt with the dealing of online mobile payments. The company has now spread out its business into multiple tranches. The company initiated its operation in 2009. It was a couple who started the same. Upasana Taku and Bipin Preet Singh started the company with the sole purpose of ease in mobile transactions. Back then the online transfer segment was not well modernized and managed. Hence the early bird entry in the segment benefits the company.

The last decade has been fantastic for all the players active in the online mobile transfer segment. MobiKwik has been one of the early birds and hence has captured a lot of market size. The customer base of Mobikwik stands at 105 Million Customers. The other business verticals of the company are e-commerce shopping, insurance, bill payments, food delivery, large retail chains, petrol pumps, kirana stores, pharmacies etc. Thus it has achieved tremendous growth in the decade that passed by.

One of the distinguishing features in MobiKwik is its BNPL system. The platform provides a Buy now Pay Later model to the customers. As the name suggests, customers can acquire money in advance for buying and other facilities and have the liberty to pay it at a later date. This has been activated in the accounts of the existing customers in the MobiKwik Domain. This is run across the MobiKwik ZIP platform. Thus the online payment gateway has also started features similar to overdraft facilities.

It also has a feature which collects money from the merchant and clients of its customers. This is possible through Zaakpay. The program enables receiving payments through debit card or UPI or credit cards. The facilities of net banking and mobile wallet payments are also made possible.

Mobikwik has been very quick with its IPO filing. It has submitted its DRHP. This is the time when the biggest rival Paytm has also proceeded in IPO following. Also Paytm has received a nod for 16000 Crore Rs IPO from its shareholders in an extraordinary meeting. The IPO size for MobiKwik is close to 1900 Crore Rs. The breakup of 1900 Crore Rs is 1500 Crore Rs from Fresh Issue and the remaining 400 Crore from Offer for Sale. Hence enabling the MobiKwik investors to exit through the 400 Crore window.

The major objectives aligned with the IPO are developing the inorganic and organic business aspects. These funds can also be diverted towards general corporate purposes. The company is eyeing a 1 billion dollar IPO launch.

The results for the previous quarter of MobiKwik are not very convincing. The company has been facing a decline in business of 18%. The revenues have shrunk down to 300 Crore Rs. The losses of the company have also increased from previous F.Y. The loss registered for 2020 was 85 Crore Rs and the current year’s loss is close to 111 Crore Rs. The book managers for the company are ICICI Securities, IIFL Securities, BNP Paribas and Jefferies.

The recent major event that the company went through was a data breach from its servers. The company reported the same and has been in talks with the RBI. MobiKwik also agreed to undertake any proceedings that are left out due to such an event. It has also taken measures to restrict such activities from happening again.

IPO launch of Paytm has given rise to multiple concerns for MobiKwik. Paytm has been really active in the same segment and is dominating the market. On the other hand MobiKwik is not able to cope up with the revenues and is losing customers to its rivals. Also the launch of Paytm IPO is very near and this may give tough competition to subscription choices of investors and traders. People would definitely opt for Paytm rather than MobiKwik. The major reason being the valuations of the company and the immense domination of Paytm in the merchant payment segment.