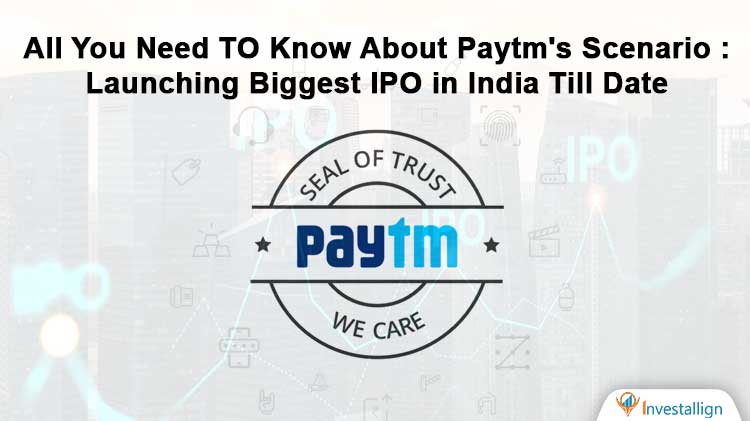 The journey of Paytm has been nothing less than a roller coaster ride. The firm initiated its operation in the mobile recharge and bill payments business in 2010. Today it works into multiple segments. They include Paytm Wallet, Paytm Games, wealth management, gold, Stock trading, Insurance service and mutual funds. Paytm also aims to get the NUE license soon so that it can get services directly from Zeta, Ola, IndusInd bank, Suryoday Small Finance Bank and many others. Paytm also wants to represent itself in the general insurance business. Thus it is very clear that Paytm is a well diversified firm. It has a varied product line from all the financial segments along with entertainment and hospitality.

Paytm is a well recognized firm by many international investment groups. It has got its investments from Ant Group, Softbank and Berkshire Hathaway. Paytm is currently valued at 16 Billion dollars after its recent funding phase led by T Rowe Price. The company is among the best startups in India. Its founder Vijay Shekhar owns 14% stake in Paytm. He owns 51% of stake in the parent company One97 Communications. Softbank owns 20% stake, Elevation capital owns 18.56% and Ant Financial owns 30% stake in the company. Thus Paytm is backed by the top investment groups in the world.

Paytm has accounted for Revenue of almost 4000 Crore Rs in Previous F.Y. The expense spending has decreased by 20%. This has led to a 30% decrease in losses to 3000 Crore Rs. Today Paytm owns 12% market share in UPI payments. It ranks third in the entire market of digital payments. However, under the segment of merchant payments it ranks first. Paytm wants to double its valuation in the upcoming year and this is one of the reasons behind the launch of its IPO.
Paytm has more than 350 Mn active users. It also has a merchant base of 20 Million on its platform. As per the reports presented by Bernstein, Paytm’s revenue is likely to get boosted in the next 3 years. This would be the outcome of increased credit card usage and non-payments revenue. It is assumed that Paytm’s revenue from other resources than payments revenue will increase by 33% by end of F.Y 2022-23.
India accounts for more than 3.3 Billion transactions per month by various online payment methods. Out of that 1.27 billion transactions are done on Paytm. The firm competes with PhonePe and Google Pay who are owned by retail giant WALMART. PhonePE is responsible for 1 billion transactions out of 3.3 Billion transactions. Thus Paytm captures almost 50% of the payment market overall.

Paytm board is set to meet on 28-05-2021 to discuss the proposal of 3 billion IPO. The IPO comes amidst the paytm’s next goal of doubling into valuations. One of the initial reasons behind the IPO is getting profitable. Paytm is constantly suffering from Losses and this has resulted in constant pressure from investors. The company is under the pressure of giving a way out to the investors. This is the primary reason behind the IPO. The IPO is prepared by Khaitan and Co. law firm. Major investors would get their way out of some share percentage with infusion of public money into the company. This would also provide paytm with interest free money which would be used to run the current operations smoothly. The IPO is most probably getting launched in November.

The meeting is going to be done along with 8 key people from the company. The list iniaties with Vijay Shekhar who is the founder of the company. It then includes two independent directors Pallavi Shroff from S.A.M law firm and March Schwartz from Goldman Shacks. It also includes Ravi Adusumalli from ELevation investment, Eric Jing from Ant Group, Todd Combs from Berkshire Hathaway and Micheal Yao from Alibaba Group.
If the IPO is approved then Paytm would create a history in Indian IPO businesses. This would be the largest IPO in India succeeding the Coal India IPO amounting to 15000 Crore Rs. For the IPO launch the banker is likely to be Morgan Stanely.

The Paytm IPO is lined up with ZOMATO, Nykaa, Delhivery, Policybazaar and many more startups. This means that the startup tranches of India are quickly progressing towards rapid expansion to compete with the best in the world. This is a good sign for India. This indicates that India is progressing and trying to get more reasons to be known in the corporate world except for Adani and Reliance. Such startups are the phase of India’s next generation of young guns. From this one thing can be assumed very precisely that the next few years are going to be the golden years for startups and their launch in the corporate era. Thus more than 6 startups of Indian unicorn branch are planning to go public by end of this year after years of pumping of capital.