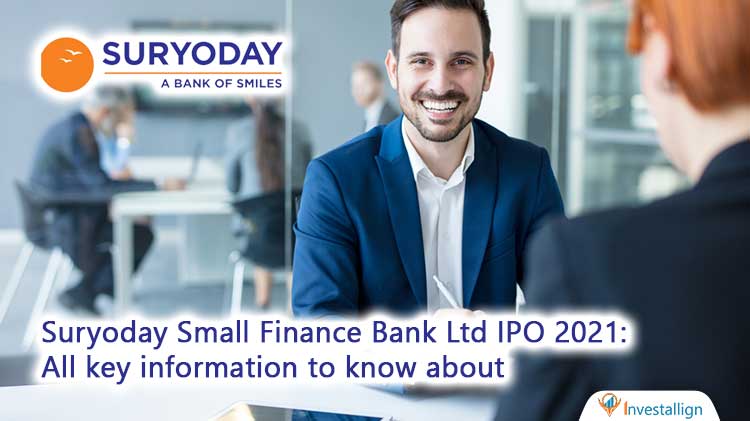 Suryoday Bank is a recently established organization. The firm started functioning as a Small Finance bank on 23rd January, 2017. The bank initially started in 2008. The aim of the bank is to swerve banked, underbanked and unbanked sections of the society. The major functions and aims of the bank include :

Suryoday Small Finance Bank is the only bank to obtain a SFB license from the state of Maharashtra. The bank started its journey as a microfinance bank and now has successfully converted itself into a SFB (Small Finance Bank).

The major promoters of the firm are as follows :

The promoter holding before the IPO is 30.35%. This percentage would shrink to 28.02% after the IPO launch.

The major objectives behind this IPO are as follows :

The company has excellent financials. The asset base of the company is expanding continuously. The asset base was 21550 Million Rs in 2017 and it increased by almost 15000 Million Rs . in the upcoming years. Also the year after that i.e. in 2020 the assets increased by almost 20000 million Rs. This is a green flag for the bank as it signifies the bank’s objectives of expansion and diversification of business.

Pointing the Profits of the bank they have increased tremendously in 2018. The net profits back in 2917 were 115 Million Rs. and this increased to 904 Million Rs. in 2018. This means almost 9 times growth in net profits. However this may result because of the paying off of debts and borrowings on a large scale. Also the net profits increased in the 2020 year by 2000 Million Rs. Hence the Financials are increasing in proportional rate which is excellent for the firm.

In 2020 Dec results the assets have recorded to 63500 Million Rs and the revenue is almost 7000 Million Rs. Also the net profits have reached 550 Million mark. Hence the bank has continued to expand and perform better. Having looked at financials the bank is doing excellent and hence it is a good option for long term investments.

How to Apply for Ipo with Zerodha?

It is very easy to apply for an IPO now if you have a DEMAT account with Zerodha. Follow the steps below for the same :

Now, applying for IPO online is possible with most of the Discount and online brokers.