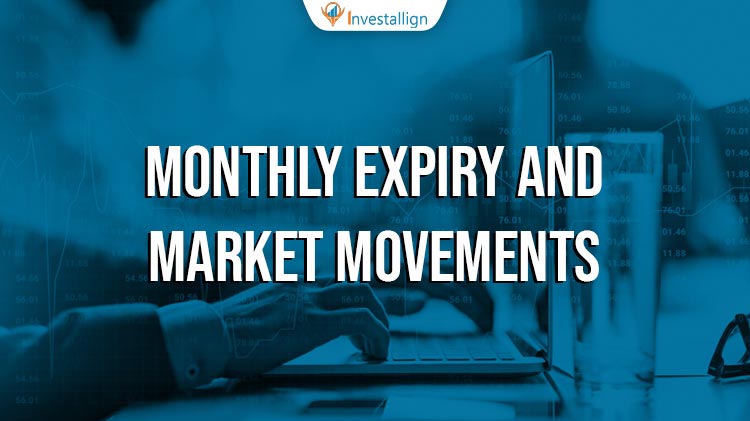 Monthly expiry makes the entire market react heavily. The market movements are caused by position conversions for future and options. The entire scenario this time around was quite surprising. The market was constantly trending in a downward direction. However the index premiums were shocking. The Nifty was trading at a 70 to 100 points premium. The positions are always converted on the last Thursday of every month. This time around in the month of August the expiry was planned on 25th August, 2022.

The market was waving in both the directions during this expiry. The index was positive before afternoon. However the entire momentum shifted after the same time. This may have happened due to two reasons. The markets could have experienced low volume due to the extreme premiums or the conversion can be low from the DII side. The probable reason can be the DII sale. However the FII were net buyers with 370 Crore Rs but on the other end the DII were sellers at negative 334 Crore Rs.

The Nifty50 moved in the range of 17726 to 17487 points. This means a movement of close to 250 points. However the Nifty50 ended at 17522 points. The Nifty50 on the expiry date opened at 17679 and closed at 17522. This means that the close was lower than the open price. However the premiums on the other hand were shocking. As per the market history whenever the premium is positive and big in any stock or index it definitely gives a return in the coming month. Thus we can assume that the markets have a high possibility for a bull rally again in the month of September. The target for Nifty50 touching the 18600 levels before Diwali is still in action.

One can also be bullish about the Bank Nifty’s movements. On the day of expiry the index opened at 39129 points and settled at 39072 points. However the Bank Nifty was also available at premium during the conversion time. The highs and lows of the Bank Nifty were 39337 and 38945 respectively. This gives an indication that the Bank Nifty also moved for almost 400 points. This means that both the Indices were struggling to maintain their high levels and succumbed to the bear grip at the end of the day’s session.

The major stocks like Reliance, HDFC Bank, TCS etc. were not available at higher premiums. Almost all the Nifty50 stocks were available at a minor variation but it was notable that the variation was in the positive directions only. In simple words the stocks were available to buy at a small premium price. Whenever the conversion happens one of the major things is to notice whether the volumes were pulled this time as well or not. For a surprise the FII were buyers at this time’s expiry. This means that the interest of Foreign investors has once ignited in the Indian markets.

If we denote the sector wise movements then the Banking sector was a major obstacle in the way of bears. The Bank Nifty though ended in negative but maintained the momentum. The Technology sector seemed extremely weak though the announcements from the CEO’s signal a heavily boosted quarter for the Information Technology Firms. Reliance was not that aggressive the time and the Pharma segment was somehow balanced overall. The Finance segment was boosted which indicates the momentum of Bajaj Brothers indefinitely.

The current trending news are regarding the Adani group’s recent interest in the NDTV company. The company has an indirect hold of the major holding company in NDTV. Hence the indirect ownership for that portion has been claimed. Along with this the company had troubles due to the newly found R&D at GAIL for Gas. The Audit Deal has been a booster for the Chinese markets recently and specifically the Chinese tech Companies. The markets are waiting for the Powell speech. The federal bank is at the edge of making major announcements for the fed rate and other economic and financial highlights across the U.S.

The markets are expected to end in gains by the end of the September month. However there can be few sessions of losses due to the fear of recession and the awaited speech of Jerome Powell. The markets can boost up due to the Technology results which are promised to be substantially good. The Tech segment is the only sector which has not imparted its gains on the market indices. Hence one can expect a major boost in the Nifty50 and Sensex due to the upcoming results for major tech companies.

Also the Bank Nifty may have achieved a level of resistance but it can also push its gains if the banking sector posts good results even after the rate hike. On the other hand Financial sector cannot be considered as a major dominator in the Nifty50 index for the upcoming month.