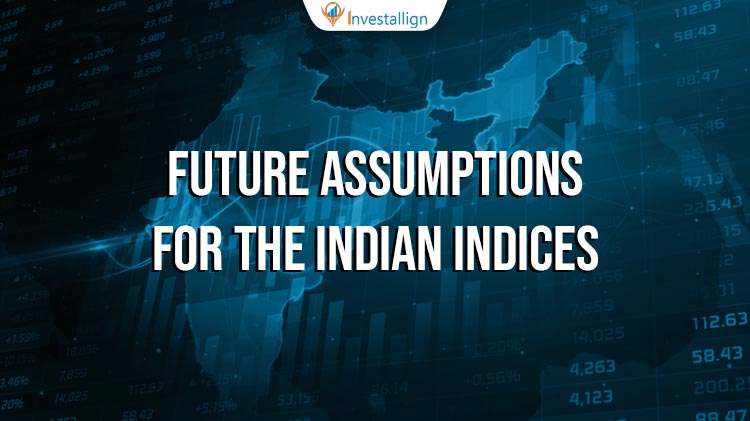 Indian Markets have been in a bull rally since last 2 weeks. The markets have been booming given the increasing FII investments. The data shows that FII have been fueling the Indian markets with money since the last 3 weeks. This has resulted in Nifty50 touching the 17900 levels again in a short span of time. As per the figures of 17th August, 2022 itself the FII has been a net buyer for 2000 Crore rs. Thus the FII has been fueling the Indian markets and the result is displayed in the Nifty valuations. The SGX Nifty hit the 18000 levels on 18th August, 2022 after a long period of time. Hence it is defined again by the markets that even when the markets go down one should be patient. The valuations will correct itself and the markets will rebound again to the previous levels.

Firstly the reason behind such a huge rally from 15000 range has been possible due to support from all segments. However the major support has been from the banking and Finance segment. The Bank Nifty has been on the verge of topping over 40000 levels and is currently trailing at 39656 levels. Alongside this the Sensex levels are pretty astonishing as well. The Sensex has crossed the 60000 mark already. Hence all the market indices with stock performances are indicating a very bullish move ahead for the Indian companies and Indian indices. This is purely an indication of an upbeat in the Indian Stock Market.

The finance segment is the major hero behind this value upscale in a short period of time. The BankNifty has recovered itself from a 52 week low of 32155 to 39656 levels. However the all time high is aimed to get par by the upcoming festival of Diwali. This means that the nifty50 will also cross it’s all time highs during the same period of time. The reason behind such an expected rally is the strong quarter promises from all the Information Technology Companies. The I.T sector has been one of the undervalued segments during the rally, The Finance Segment has already given its major contribution in recovery of the market overall. However the further rally is expected to be led by the I.T. companies. Tata Consultancy Services, Wipro, HCL Technologies, Infosys are all bullish towards the next quarter and expect a strong sales and demand recovery as well.

This has fueled the investor’s mindset again to remain bullish on the technology segment and expect a string received. Also the recovery promised has been recession free. In other words in the quarter result announcements the CEOs of all the I.T companies are saying that the growth for the next quarter will definitely be there regardless of the onset of recession or not. Also it is generally seen that in times of market bloodshed the I.T. stocks come to the rescue. This means that even if the market corrects itself a strong correction is not expected anytime soon. Even if it comes, the Nifty50 is expected to not go below the 17000 mark again in a short time.

Further talking about the recovery of the stock in the limelight were the Bajaj Brothers, Kotak Mahindra bank, IndusInd Bank, SBI, Axis, ICICI Bank, HDFC Bank etc. In the Oil sector Reliance has shown its average performance and hence the support was gained from it as well. However in the FMCG and Telecom segment Tata Consumer Products and Airtel respectively have shown high growth. Alongside them Larsen is showing major recovery with Ultratech Cement in top gear as well.

There are rumours that the Nifty50 is going to get altered in the cement industry. The Adani Takeover of Holcim’s assets could lead to a replacement of Shree Cement by any of the Adani owned companies. However this change would not affect the Nifty50 valuations.

The best run has been seen in the Adani Group Companies with Adani Enterprises and Adani Power showing all time highs again. The stocks have been proving highly beneficial for the promoters and the shareholders as well. The stellar returns from Adani companies have not ceased to exist even after 1 year of extraordinary performance. The further plans of Adani Group to penetrate into the telecom segment are also going to be beneficial for the group in the long run.

The further prediction for the Indian markets is definitely a bullish move. Though a strong run is not expected anytime soon. One may expect the indices to grow at a very slow pace in the current markets. The reason behind the same is the fear of recession in the economy and the startup struggles. The investors are worried that the Indian Startup Lane may see a bubble in future. However one can expect the Nifty50 and Sensex to be unaffected by the same. But the further move in the short term is definitely going to be bullish and it is highly seen that the Nifty50 will cross the 18600 levels or all time high levels before the onset of Diwali Festival.