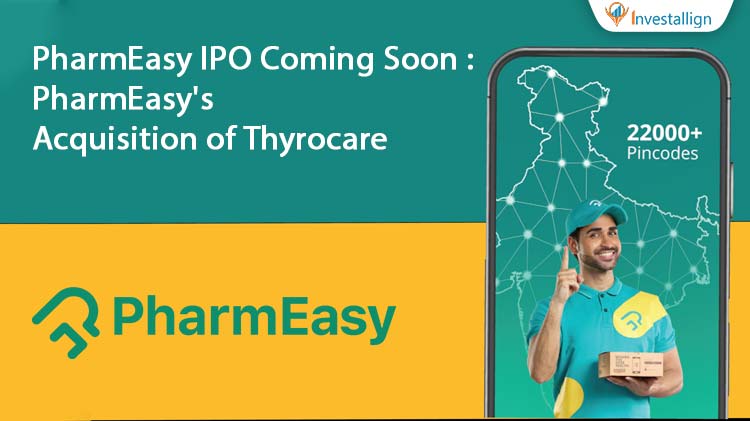 PharmEasy is the largest e-commerce supplier of medicines in India. It not only provides medicines from manufacturers to customers but also provides facilities of teleconsultations, diagnostic sample collections and tests, doctor appointments etc. It also runs a model of online subscription which comprises all the facilities. The e-pharma is a subsidiary of parent company API holdings. The company was founded by Dharmil Sheth, Siddharth Shah, Dhaval Shah, Hradik Dedhia and Harsh Parekh. PharmEasy had a valuation of 1.5 Billion dollars in the beginning before the last round of its funding. The current investors of PharmEasy are Promus Ventures, LGT lightrock, TPG, Eight Roads, Temasek, and Think Investments. The major holding of 30% is by Temasek, TPG and Prosus Ventures.

Talking about the e-pharma sector, it has a great forecasted potential in the upcoming years. The growth is expected at an annual rate of 65 to 70%. It is said that the e-pharma sector would enhance the business by almost 3 Billion dollar every year from now and the net e-pharma business by 2025 will be valued at 16 Billion dollars. Sighting this, there have been many MNC and great players across the world joining India’s run for E-pharma business. The major ones are TATA Group, Reliance and Amazon. Tata Group acquired a stake in 1mg, Reliance acquired a stake in Netmeds and Amazon has started operations under Cloudtrail through Amazon Pharmacies for drug prescribed medicine supply.

There have been a lot of startups  on the similar lines of PharmEasy. The major ones are Netmeds, MedPlus, 1mg, Amazon Pharmacies and others. These have been backed by major MNCs and great e-commerce giants. There was also another niche competitor with PharmEasy known as Medlife. PharmEasy bought the majority stake in the company and acquired it. This gave rise to the revenues of the firm as well as the increase in customer base. The company has since shown growth revenues.

The acquisition of Medlife was a great step by the parent company as it would boost the customer base and also put the company ahead of all the competitors and make it the largest in its segment. Also with the last round of Series E funding the company attained its valuation of 1.3 Billion dollars. This made it qualify through the unicorn group for startups.

Thyrocare initiated its operations under Dr. Velumani. It initially targeted only thyroid diagnostics but later on expanded into other segments as well. The company has been listed on BSE. Thyrocare has the share price close to 1450 Rs. This is a very rare phenomenon but a non listed company has acquired a majority stake in a listed firm. This would boost the firm’s profitability. The reason is PharmEasy has doubled its loss from 50 Crore Rs. to 100 Crore Rs. Whereas the net profit for Thyrocare is clause to 114 Crore Rs. Hence benefitting the parent company.

Also there is one major point that would benefit Thyrocare as well. It has been only active in B2B business and works majorly through referrals or doctor’s suggestions. But with the strong support of the B2C business of PharmEasy, Thyrocare can substantially move ahead in the B2C segment as well.

This has been the second major acquisition from the leader of E-Pharma Segment in India. With Medlife and Thyrocare the infrastructure of PharmEasy has been boosted. Along with this the company’s infrastructure and revenues have increased. PharmEasy is now close to the valuation of 3 Billion Dollars and planning to launch its IPO.

It is the leader in its segment. The company has almost given 2 times revenue in its previous financial statements. However the profitability has not yet hit the statements, The loss has actually doubled to 100 Crore Rs. The company has lots of investors and hence to give them a free way out and increase its valuation an IPO is planned. First of all the primary focus was to be a SPCC and get listed overseas. Later on the majority was assigned to launching an IPO in Indian markets. The firm has also appointed Morgan Stanley, JM Financials and Kotak Mahindra Bank for drafting its DRHP.

The firm is planning to raise close to 3500 Crore RS through the IPO. This will take the valuation of a firm close to or above 4 Billion dollars. This will give a way out to the early investors and also attract the long term retail investors. The reason is the potential in growth of the Pharma Segment in Upcoming years. Everyone is bullish on the trends of the online pharma business. This is also indicated from the long term investments coming into Indian Startups by the MNCs and Global E-commerce giants.

Also one of the rivals of PharmEasy, MedLife has hired investment bankers for the launch of its IPO. The size would be close to 2000 Crore RS. Both the IPO would most probably hit Dalal Street at the same time.