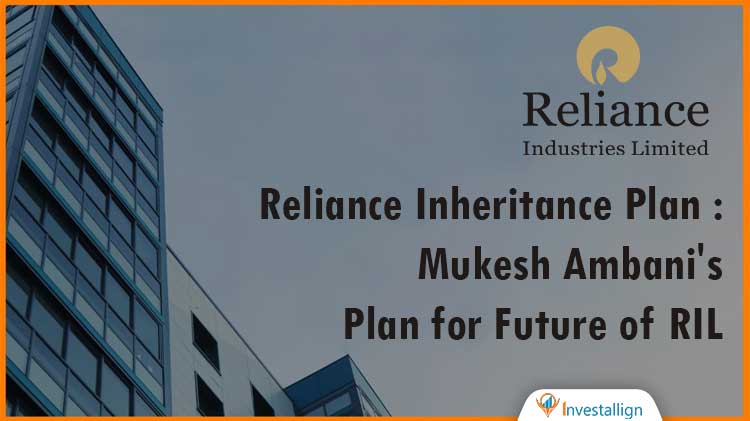 Reliance is one of the pioneer contributors in the Wealth creation of the Asia-Pacific region. Currently the company is worth more than 217 Billion Dollars. Out of that more than 96 Billion Dollars is owned by Mukesh Ambani and his Family. This amounts to 50.6% stake in Reliance Industries. Also the current market capitalization of RIL is 16,47,729 Crore Rs. Reliance Shares are worth Rs. 2436 in current times. The company has a wide exposure into the petrochemicals and Oil business, Digital business, Retail Segment and Green Energy Business.
Currently Reliance’s owner Mukesh Ambani is considering creating a will and distributing the company’s responsibilities among his family. The reason behind is a clear and neat division of business among the Family members so that the clash never happens again like before. Previously when Dhirubhai Ambani died in 1993, Anil Ambani and Mukesh Ambani went through an entire phase of the Cold war. Dhirubhai Ambani’s sudden death created parts of the Reliance Empire that had no proper will to distribute the business among the brothers.
Hence both of them started acting like the Boss and this created a lot of internal issues for the Reliance Industries. Finally Kokilaben drafted a will and separated the company among the brothers. This was one of the most bad divorces in Indian history which created a lot of value drain for the Indian Economy.

The Ambanis (Mukesh Ambani and Family) are under the procedure of listing out the future of the company. Thus the assets and plans are being divided and drafted respectively so that in an event of uncertainty the business cycle goes on. The plan that is adopted by Ambani has some glimpses of Waltons Family in it. Years ago when Sam Walton died he divided his entire empire among the four children. Also the Waltons since that time sought less interests in the managerial and operational business structure. However, majority stakes of 50% are still in their favour. Hence no decision can be taken without their approval.
However, addressing the press the Waltons always notify that the board is filled with independent people working for the betterment of the company. Hence all the decisions are taken with proper planning without any bias.

The RIL is the mammoth of the Indian Economy. Hence any decision taken in accordance to structural changes are very crucial for the economy as well as the markets. Mukesh Ambani is possibly going to opt for the Walmart Pattern. He is planning to set up a Trust like organisation. The RIL will completely be handled under that Trust. The majority members of the brand will be confidential people. Also the family members will get a seat at the table along with majority shares and rights. This is just to ensure the correct path for the company’s future.
The daily business activities and operations and management will happen through outside people. Managers and Specialised people will be recruited to run the company. Whereas the planning will remain in the hands of family members. Thus the Walton Structure is noticeable in this stage of the Mukesh Ambani Plan.

Mukesh Ambani is not the only person under the pressure of creating a will so that RIL stays afloat even in rough situations. Many royal and rich families from Asia – Pacific region are also facing the same challenges. They are also considering creating a will so that it can serve for the best purposes in situations to come. However if we notice at the stats than more than 5.8 Trillion Dollars of wealth is present with the Riches Families of the Asia- Pacific Region. This makes the region rank 2 in the Richest Family List.

The team portfolio of Mukesh Ambani comprises many stars such as JIO, JIO MART, Reliance Retail and Reliance Green Energy. These are the major areas of future excellence in the view of Mukesh Ambani. However this is even true through the fact that Mukesh Ambani was considering selling off his stake in Oil Business to Saudi Aramco. However the deal didn’t go through.
The Financials also present that major profit is from the Digital and retail business. Previously Reliance funded JIO through its earrings from retail and oil business. Now the Green energy is getting its funding through the Teleservices profits. With the increase in price of tariffs applicable the marines for profits of telecom companies will definitely rise.
In future time RIL may launch its 4 company’s IPO in the Digital, Retail and Green Energy business. The Family of Mukesh Ambani need to focus on these three segments as there are many opportunities lying in them. Especially inside the Green energy business the market is not much organised and being an early bird Reliance can grow up to give a tough fight to Adani.