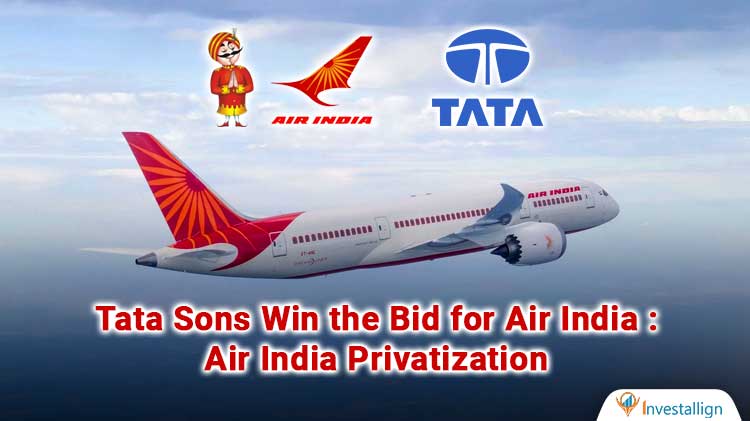 Air India is the third largest airline in India. The company initiated its operations in 1932. The then owner of the company was JRD Tata or Tata Sons. The conglomerate started its operations with a vision to become the largest airline in the world. JRD was himself a pilot and hence initiated the airlines with the first flight from Karachi to Bombay. Yes it is correct JRD Tata flew the first flight himself. However the airlines later on became a symbol of standard for multiple companies in that period of time.

The Government then introduced the plan for making airlines public. This included Tata’s airline company being handed over to the government. The Air Corporation Act was introduced post Independence in India. It was in 1953 when the Government took a majority stake in the Tata Airlines and renamed it to Air India. The company was taken over with a condition of making JRD Tata its Chairman till the term of 1977.

In that period the Airlines started expanding itself to many countries including Kenya, Europe, Rome, Paris, Tokyo, Singapore, Hong Kong etc. Thus the airlines picked up its pace and was considered as an idol to study the airline business. However the problems for the company began in the first decade of 2000. The Airlines started its domestic operations under Indian Airlines and it was very successful but on the other hand the international airline business depleted and started causing losses for the company. It became so big that the profitable wing of the company had to be merged with Air India (profitable – Indian Airlines).

Later on the company did not post a single year without losses. The major reason for that is considered to be the buying of 111 New airplanes. The Aviation ministry of a year purchased the same along with the merger of the profitable arm of the company. This caused a great havoc inside the company due to improper management of all the services offered and the company terribly went under losses which were unexpected. The losses extended widely and they accumulated to 6 Billion Dollars by the end of the first decade of 2000. This was a shock for the entire aviation panel and the government. Due to this a proposal was put forward in 2013 for privatization of the airline but was rejected with a majority of the opposition party (BJP).

However with the extended losses and damaged reputation the company finally accepted that 8t needs to be privatized to get managed well and become profitable again. There was a period in 2013 when the company was able to post its first profitable Earnings data but however it cannot continue the streak later on. Thus the privatization was finalised for the Indian Airlines. There were bids called in for acquiring the 76% stake in the company with a 50% stake of AISATS. The condition of taking debt over was also a part of this deal. The amount for the same was 4.7 Billion Dollars. However the EOI of that time wasn’t received well by the private companies due to the high pricing and debt conditions.

Tata Sons have their heart in the Air India venture. The reason is the vision and mission of JRD Tata. The time when the airline was taken away from the company JRD Tata tried to warn the government that the company cannot manage well under the corruption of the government and  service issues. However The government did not listen to that and privatized the company.

Later on with an increased loss the airlines had to be finally privatized. Tata and Spicejet were the two bidders for the Airlines. At the end of Bidding Tata took over the Airlines with a 18000 Crore Bid. The bid amount would include 2700 Crore Rs of cash payment to the government of India. It also states that the remaining will be given away for the debt payment. Hence the Airlines had finally returned to its owners.

There was a gesture of happiness from Ratan Tata past this acquisition. The Tata Sons were emotional on this purchase along with being strategically active. The reason is JRD Tata and his dream about this airline.

Road Ahead for Tata

As far as the acquisition is concerned the government still needs to be a part of debt itself, however the road ahead for Tata would not be so easy. Air India holds 13% of the Indian aviation part with 4400 domestic and 1800 international landing points. The fleet size is 127 Airplanes working currently. The airline is a mammoth stuck in the mud of debt.

In the meetings and press conferences the Tata Sons displayed interest in merging all their Airlines under one name and controlling them together. But with such a huge debt and Airline’s grand size it would be a very difficult task to manage it.

However with the privatization the hopes are constant that the Maharaja of Aviation Industry returns again. Hence working to achieve the goal for the Maharaja to become the most successful Airlines of Asia and the world once again has been initiated.