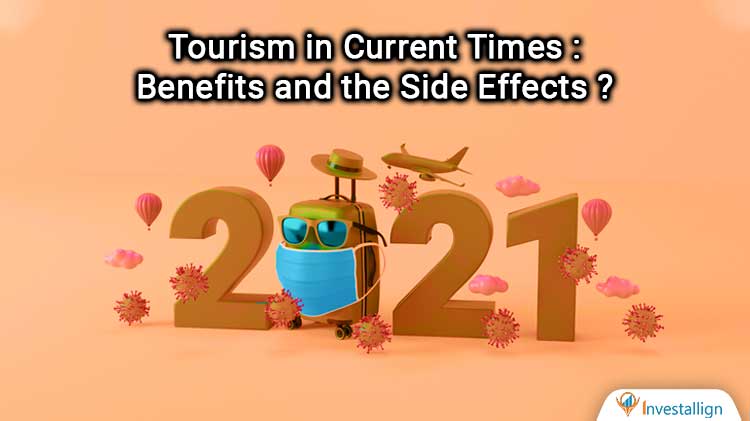 Tourism industry is on the rise in current times. The COVID situation has made it forceful for people to stay captive in their own places. This has resulted in a complete shutdown of many resorts and hotels. As per psychology when humans are denied of something they tend to get attracted towards that particular thing. The same has been the situation right now and the sole benefits of it are the companies having great exposure and dependence on the tourism industry.

Thus the government knows that the economy is suffering because people have not been moving around. However along with the COVID crisis it is difficult to control infection rate and run the economy side by side. With a slower pace of restriction upliftment, the government has been able to open the economy with restrictions. This has affected the tourism industry the most.

Why the Rise in the Tourism Industry ?

People have been trapped in their houses for a very long time frame. This has been the result of COVID lockdowns and Work From Home policies. In the current situation we can notice that many people have successfully taken their first and second jabs of vaccination. This has made them fearless about the situation. Also one has to get out for expansion and movements in business. Thus all these factors together have triggered the tourism industry.

There are various companies which get their revenue booster from the sales made by the salesperson in the open market. Thus the salesman needs to have a stay when they visit different cities. Thus the tourism industry gets benefited. People have been staying captive in their places due to the COVID rise and they need to get refreshed. Thus going to hill stations and other tourist spots gets a boost from this reason.

The industry has been on the upscale in current times. There are various incidents where crowds gather around tourist spots. This has been a signal of positive signs for the economy and the tourist industry. However it has various negative effects given the current situation of India with COVID.

The economy has been kept into movement. With a major impact on GDP close to 7% the tourism industry has a great impact on the economy. If we think about it in detail, the people who have stalls and small shops for sales, received a large part of income from the tourist shopping or people going out to visit another tourist place. This results in creation of liquidity as the people are buying from such businessmen. Now when these businessmen spend their incomes it creates additional liquidity. Hence the entire cycle for liquidity is created.

Along with this the big resorts and hotels get a boost from the tourists visiting. The entire tourism industry is seasonal. In monsoon people prefer to visit the Hill Station or tropical places so that they can enjoy the raisin to their fullest. The current season has brought a lot of business to places close to beaches and hilly areas.

The economic benefit is associated with the companies who have multiple hotels and resorts across the nation. There are various such groups such as Tata’s Taj, Lemon Tree, Novotel, Mahindra etc. who get a great business from such seasonal business of tourism. Thus the more business these companies have, the major tax collection and more liquidity.

The biggest negative that could be guessed is the mutation virus from one place to another. In recent times there have been increased cases of mutated viruses found out. Such mutations result in more fatal diseases to humans and this could also be a reason for the onset of the third wave of COVID. There have been multiple scenarios where people in Manal are seen strangling for hotels due to shortage of the same. There was a shortage of beds in COVID second wave and today there is shortage for hotels to stay. Thus the shift in people’s lifestyle may encourage the onset of a second wave very soon.

There have been constant appeals from the government to avoid moving out without any work. The government has also surfaced multiple videos showing people moving around without masks in tourist locations. This could do no good and bring us close to the next wave. If that happens in short then there would be a very deep impact on businesses. The business confidence index has shown a downfall of almost 24 points from the all time high since the COVID situation.

Hence more carelessness would quickly bring the next COVID wave upon us. This would disrupt not only the business and economy but also the lifestyle and existence of humans. The major reason behind it is the government’s lack of medical infrastructure.