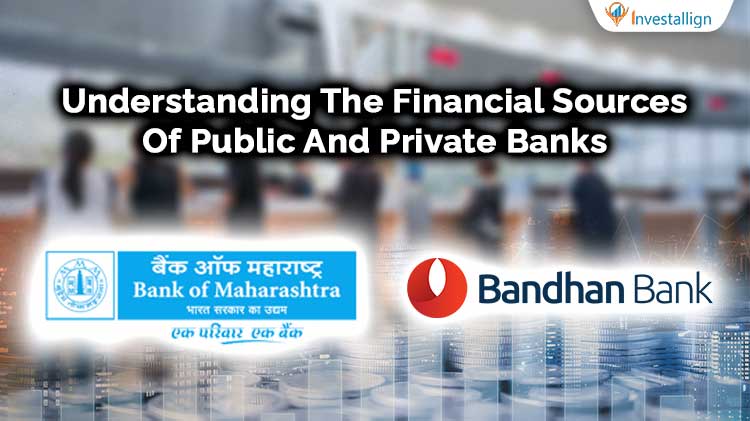 For understanding the financial sources of any bank it’s necessary to look at various types of classification like whether the sources are internal or external, whether they are short term, long term or medium term sources of finance.

Furthermore the things covered under all such classified data are:-

There are lots of sources of finance for any bank as in some way or other every bank is involved in the money market or capital market.

For the topic of scope two banks have been selected :

Figures from Balance Sheet to Look At

Now talking about segregation there are no major changes or new inclusions from the sources of finance point of view. However there are significant changes in internal share of some of those sources varying from year to year.

First of all the profit in forex consists of profit earned from two things: the turnover from foreign business plus turnover from merchant business in foreign domains and their share in foreign profit generation is more or less the same.

Capital from govt. is the infused capital from govt. of INDIA inside the bank for its operations and working. The year 16-17 includes only 300 crore of infused capital and it has been in the form of shares with preferential rights. Rest of the years the govt. has infused the capital by way of dual offering one in the end of third quarter and another in the end of the financial year.

Deposits have come from demand deposits, savings deposits and term deposits. Also deposits from branches in INDIA are covered under the scheduled deposits. This allows banks to have a constant flow of money in circulation and hence lessen the problem of immediate need of cash.  There is a huge amt. of cash involved while talking about the inflows of cash as well which keeps on increasing from year to year.

Here in public sector banking, calling money or money from the public by way of shares plays a very crucial role as well. As people trust the government. run the institute more they would invest and buy the shares more and t]hence it would give the bank a significant amt. of money in form of public money which is used for its development and expansion.

Bank has invested in fixed as well as other than fixed assets. It holds foreign currency, immovable  property, debentures, bonds, and the government. securities, subsidiaries or joint ventures, certificates of deposits, UTI, commercial papers, investments outside INDIA etc. and it also gives banks a backup for payment to creditors and also generates some additional income in the way of leasing from property and increased value of foreign money resulting in an increase in portfolio for bank foreign currency.

The advances involve bills discounted or purchased, overdrafts, term loans, advance against book debts, unsecured advances etc. they give banks an open arm to get finance whenever required and satisfies short term needs of customers and int. amount to the bank.

Incomes are earned from two ways. One is directly through int. earned out of priority business and second through various other sources of income by means of leasing, sale of investments, profit on exchange transactions, revaluation of investments, miscellaneous income etc.

Bandhan bank was established in 2015 and is one of the newest established private banks. It currently has around 1009 branches and 485 ATM’S working. It has a customer base of around 1.83 crore people and a team of 35468 people working on behalf of the name BANDHAN bank.

The financial sources for the bank is a lot similar to that of a public sector bank (Maharashtra) but there has been a unique inclusion in the list and that is of the money received from shares sold to employees and it has been recorded totally separately and given due space and importance into the annual report.

Figures from Balance Sheet to Look At

The important amounts to be taken into account are as follows (in crore RS.)

An IPO was issued and the bank raised funds from the public from the former and they amounted to RS. 3662.40 crore.

Talking about the investments like debenture and bonds rating has been carried out for them to get their current value every year amounting to 160 cr. For unsecured debentures, 80 crore for term deposits and 3000 Cr. For certificate of deposit.

The deposits have a combination of term deposit, savings account, current account and retail term deposit. Among them all term deposits have contributed almost more than 50% of the amt. Also the deposits involve the amount of deposits received from all the branches across INDIA but being a newly established entity it has no foreign branch as such.

The authorised capital remains 5000 cr Rs. And the paid up capital or call money stood at the above amt. mentioned for all the years. The reserves and surplus has been a combination of capital reserve, statutory reserve, share premium reserve, investment fluctuation reserve and each used for the purpose as the name itself suggests.

The borrowings here have really come from 2 groups for every year and that includes other banks and other financial institutes. There is no RBI present and no institute outside INDIA included for the same purpose.

The cash in hand talks about the money in hand and the money located into the savings and other accounts of the people.

The call money is a wide range of instruments consisting of money located at savings and current account as well as in form of other deposit accounts and with banks and financial institutes. It also includes some money from overseas current bank accounts.

The advances form a structure of bills discounted and purchased and term loans along with bank overdraft and loans repayable on demand. It also includes loans secured by tangible assets or some govt. or bank guarantees and unsecured as well. The advances made into business are from the tertiary or less important sector only that is areas other than priority, public sector or banks. Interest earned is from investments, discounted bills, advance bills and int. on balances with RBI. Also other income comprises commission, brokerage, sale of investments, derivative transaction, dividends and misc. income sources.

There are not much differences in a way for procuring finance or earning through sources of income between private and public sector banks but yet the difference in amount coming from one particular or other can be easily noticed and that it can be concluded that the earning or financial source differs from type of banking and the network a bank possess not only with its customers but overall business across India and if possible across the globe.