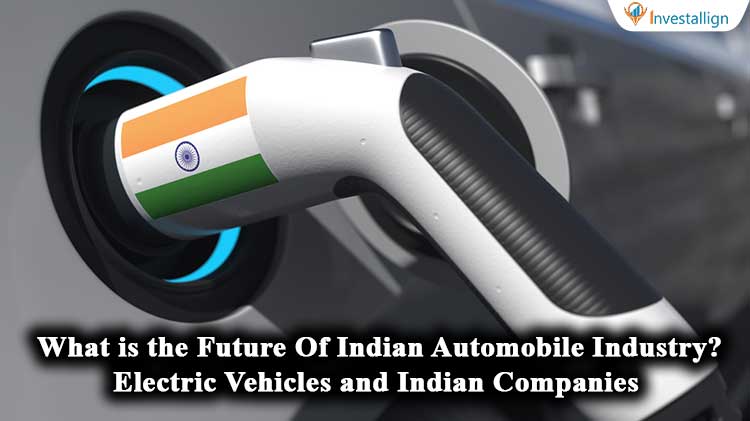 The automobile industry has experienced many developments since its inception. Back in time the fuels used were petrol and diesel. After that gas also came as an alternative fuel and made the automobile industry witness some drop in prices per ride. Now the situation is such that Indian industry is keen to take a leap into the electric vehicles segment. Yes it is true today major companies are working behind this goal and many have also started manufacturing electric vehicles in India.

In today’s world due to increasing pollution many countries globally are taking initiative to move towards electric vehicles to save money and nature together. It is estimated that by 2025 the number of electric vehicles running on the road would be approximately 75 million. Countries like the USA, China, Russia have already started the usage in maximum capacity. Other countries joining this move are UK, France, India, Norway etc. The major reason to use such vehicles is to remove the usage of petrol and diesel and to fight the pollution and preserve nature at lower costs.

In India the major reason to bring electric vehicles is not limited to saving nature and low pricing for fuel. Another reason is associated with the Make In India Movement. Many domestic companies are adopting the technology to produce in house batteries and electric vehicles and have succeeded in having that exercise. Many registered companies have also started their batch of electric vehicles. Some of these companies include Tata Motors, Ather Energy, Ashok Leyland, Mahindra Electric Mobility etc. These are supported by companies such as Amara Raja Batteries, Exide, Goldstar, Eveready, Siemens etc. These companies together put up a solid domestic fleet of Electric vehicles.

Also India imports a major part of crude oil which helps in manufacturing of diesel and petrol. India is third in the list of major importing nations of crude. By this the imports will decrease as well. It is said that the imports would decrease by 65 billion dollars by 2030 for crude oil. Hence the trade deficit would decline and India would smoothly run towards its goal of becoming a 5 trillion $ economy.

Electric vehicles are cheap in terms of long term perspective. They require electricity for fuel. The electricity available in India is very cheap in comparison to fuel. In some places it is even less than 1 Rs. The electric pricing for fuel is approximately at 1 Rs costing per kilometer. This figure alone can change the entire calculation for Indian Automobile Industry. Also they do not generate pollution and hence are eco-friendly. Electric vehicles are helping to reduce the loss of GDP happening due to pollution every year. The GDP will get an increase of 3% with electric vehicles plying on roads.

The major reason could be the GST as well. The government has levied only 12% GST on electric vehicles.

Major Challenges For The Electric Vehicles in India

The electric vehicles comprise the chain where infrastructure is needed in high numbers. The facilities for charging stations, in house charging facilities, E-mobility providers etc. Hence there is are many challenges for the electric vehicles in India. Right now many startups are working behind this objective. Many colonies are coming up with innovative ideas wherein the electric vehicles will get a robust charging facility. The companies would provide not only charging stations but also innovations like mall charging stops, in-house and local charging shops and all these will be ready to use by the end of 2024 or 2025. Hence the challenges are crucial but the Indian companies are following up on them and are coming up with many solutions.

Also the government is very supportive in this move. The government has rendered many policies which are favorable for these companies and help them grow the electric vehicle base.

The Indian Companies are also having tie ups talks with international companies. One such rumor is of TATA MOTORS and TESLA. Yes, the biggest seller in the 4 wheeler segment TATA MOTORS is assumed to have been involved in talks with TESLA for expansion and development in the electric vehicles domain. The companies are biggest players in their own ways and if there is a potential tie up not only the share prices of these companies would take a hike but also the valuations and their portion into domestic markets would take a huge leap.

Transportation in India And Local Businesses

In India the most important factor would be cab and local transport services. The rickshaws and cabs and buses are the major players in it. As per the recent statement from OLA the company would put a minimum of 1 million cars on road in India for its cab services by 2021. Also the government has started running electric buses.

In India the transportation is a prime facility for the local businesses. These businesses use 3 wheeler rickshaws or tempos for traveling within domestic reach. Also trucks and other big carriage vehicles are a part of this business cycle.

The transportation and movement of cargo is one of the major earners for the automobile companies. Mahindra and Ashok Leyland are major producers in this segment along with TATA. If the electric rickshaws and tempos start running on roads then the cost of transportation would take a downfall and this could increase the profitability of local business. In the longer picture this could lead to more income generation for the government in the form of more taxes.

By all these factors it is very clear that electric vehicles is the future of transportation. With a population base of India there is a huge scope for the electric vehicles in India. One of the concerns can be safety. As this is a new fuel consuming vehicle it is difficult to win the trust of consumers. But with proper technology and help from international players it is possible to create a great market for electric vehicles in India. Also as mentioned above there would be more than 75 million vehicles running on rods globally by 2025. Hence the market for the E.V. is huge and opportunities are plenty for the Domestic companies.