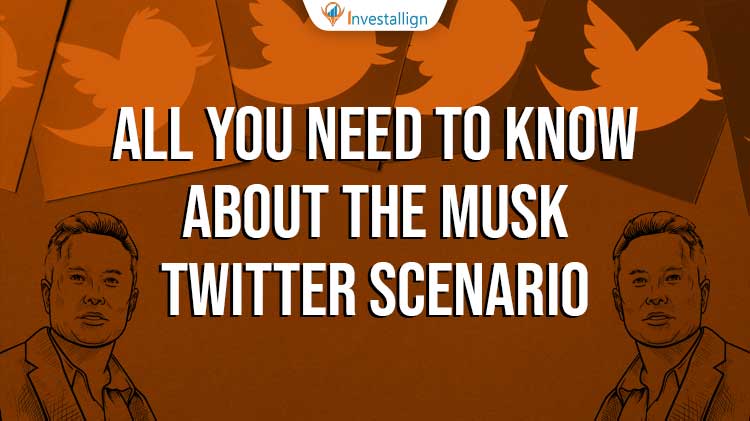 The Richest Person in the world is currently facing a legal action against the agreement he made with Twitter. The news flash from Twitter seems like Elon Musk is trying to undermine the share price of the company by delaying the takeover so that he can get another chance for negotiation. However the Musk Legal team is denying the same by giving major reasons behind the deal being violated. The entire scenario is dated back in the beginning of the year 2022.

The scenario includes Elon Musk and his growing interest towards Twitter. Musk was constantly giving hints of making Twitter a better and a free place for expression if he takes over the company. Then finally in a declaration from Musk he was set to take over one of the major companies in the Social Media domain “TWITTER”. The deal was worth more than 44 billion Dollars at a share price of 54.20 Dollars per share.

In the deal that was almost closing down, Musk asked for multiple disclosures from the company. The first one was to know about the accounts or in other words the fake accounts. The reason behind the same is that such accounts do not attract the advertisers. Hence the more bot accounts the less number of people interested in promoting the advertising campaigns on the platform. The reason why MUSK was prompted to see through the bot accounts was the decrease in the advertising revenue of the firm by 1%. Approximately 237 Million accounts are added in the company as per the reports. However, the advertisement revenue has decreased on the other hand. This can be possible only if the number of fake accounts have increased on a high level.

Another issue raised by Elon Musk was improper information supplied by the company. The report submitted on both accounts indicated less than 5% of accounts under the category. However Elon Musk refers as the report has been falsified and he is denied of getting the actual numbers. On the last note he mentioned that being the second largest shareholder of the firm he needs to get notified about the termination of multiple senior employees. Thus all these reasons got added up on Elon having second thoughts about the take over of Twitter. Thus he said in a recent tweet that he is having second thoughts about having the take over of Twitter and this is when the entire situation started.

The entire scenario is presented as a Musk Strategy from the Twitter board. The company has already spent more than 33 Million dollars to give the charge of the company to Musk. This deal was about to get through when at last minute Elon Musk was trying to bulldoze the original deal. From the current situation the company has reported a heavy loss in this quarter. Musk’s original offer of 54.20 Dollars per share is not the current price of the share. The price is around 39 dollars currently and is deteriorating since the bad financial results posted this quarter. With Elon Musk’s deal on a halt the share is taking a hit every single day.

As per Twitter the entire information that was asked by Elon Musk has been provided. The inflation provided is legit and has not been falsified or flawed. Also the company states that this is just a last minute move to renegotiate the deal from the pricing point of view.

The Move from Musk

The current move from Elon has put the entire fate of the company on a dicy edge. The deal is in the middle of a crisis. On other hand the company’s board is having a battle with the next owner and the employees have been doubting about the existence of the company in the long run. The entire situation is dragging the image of Twitter in mud. This was the reason why the board of the company went ahead and filed legal action against Musk. Under any circumstances if Musk does not comply with the deal he has to pay a 1 Billion dollar fine to the company. However the matter has been seeked by a court in Delaware of Chancery.

The judge Kathaleen St. J. Mackormick has mentioned that the trial will begin immediately in October 2022. The Musk legal team was asking for some more time and the case for getting postponed to next year. However the judge agreed with Twitter’s problem of the company’s image getting damaged and hence sided with them to expedite the trial and get to a decision as soon as possible.

Technically this is a good gamble from the lawyers of Elon Musk. There are three things that could happen here. The first one is the Twitter board will negotiate the offer and Musk will get a low price offer for the same deal. Second is the situation where the court case persists for a long time. In that period Musk will be getting 2 options:-  If he wants to get out of this deal he will pay a fine of 1 billion dollar to the company and walk away. On second note he has to agree with the same offer made to him by Twitter in the original place. Hence this is a good position for Elon Musk.